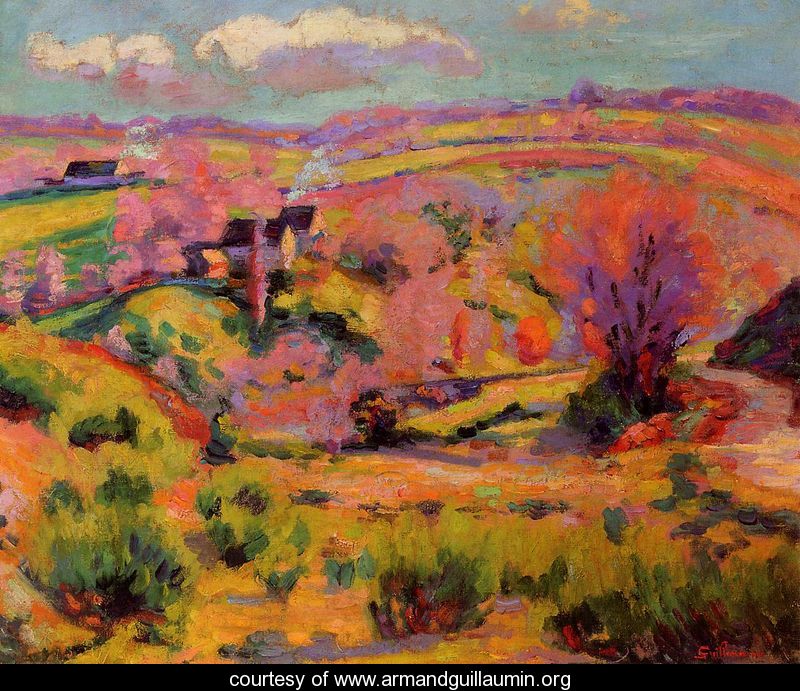 Impressionist painter (Jean-Baptiste) Armand Guillaumin was born on February 16, 1841 in Paris, France.  Guillaumin studied at the Academie Suisse in 1861 where he formed life-long friendships with Cezanne and Pissarro. Guillaumin exhibited at the Salon des Refusés in 1863 and later became a friend of Vincent van Gogh, meeting him through his brother Theo, who sold some of his works.

Guillaumin had no private income and had to perform menial work to support his vocation. In 1891, he won in the National Lottery, which enabled him to concentrate on his painting and to travel throughout France and to Holland.

Guillaumin is remembered for his landscapes of Paris, the Creuse département, and Les Adrets-de-l’Estérel in the Provence-Alpes-Côte d’Azur region of France.  He never achieved the fame of his contemporaries,  however, critics agree that he and select others (Monet, Pissaro, and Morisot) represent true classic impressionism.

Armand Guillaumin died on June 26, 1927 in Orly, Val-de-Marne just south of Paris. His works can be seen at major museums around the world. To view his complete works visit the Armand Guillaumin Virtual Gallery.