It has been eight years since the tragedies of 9/11 and for many people, myself included, the memory of that day still rings loudly in our hearts and minds.  With this in mind, I decided to bring myself up to date on the rebuilding of the site of the World Trade Center, specifically the architectural designs of the Memorial and Museum.

As many of you know, renowned architect Daniel Libeskind’s design study was selected as the master plan for the rebuilding.  The plan includes a towering spire of 1776 feet, the construction of a memorial with waterfalls, an underground museum, a visitor center, retail space, and four office towers that will reach the height of the Freedom Tower.

For over five years, Libeskind has been coordinating with the Port Authority of New York and New Jersey, the Lower Manhattan Development Corporation, Skidmore, Owings & Merrill, Foster and Partners, Maki and Associates, Richard Rogers Partnership, and Santiago Calatrava to realize “Memory Foundations – a truly remarkable design that will reclaim New York’s skyline”.

The National September 11 Memorial & Museum at the World Trade Center Foundation has worked with the Lower Manhattan Development Corporation since 2005 on the design and construction management plan and in 2006, assumed responsibility for overseeing the project. The Memorial design, created by architects Michael Arad and Peter Walker, was selected from a competition that included more than 5,200 entrants from 63 countries.

The Memorial will honour the nearly three thousand people who died in the attacks of February 26, 1993, and September 11, 2001.  It will consist of two  pools (nearly one acre each in size) set within the footprints of the Twin Towers and will include the largest man-made waterfalls in the country cascading down their sides. The names of the victims in New York City, Pennsylvania, and at the Pentagon, will be inscribed around the edges of the Memorial pools.   As well, an eight-acre landscaped Memorial Plaza filled with nearly 400 trees will be created and will provide a peaceful space away from the sights and sounds of the city.

The Memorial Museum, designed by lead architect Davis Brody Bond, will house a collection of materials including artifacts, photographs, audio and video tapes, personal effects, memorabilia,  and expressions of tribute and remembrance related to the history of the World Trade Center, and the events of September 11, 2001 and February 26, 1993. The Norwegian architectural firm Snøhetta designed the Museum Pavilion that will serve as the entrance to the Memorial Museum.

The Artists Registry at the National September 11 Memorial Museum, is an online digital database, gathering place, and virtual art gallery  created in response to the events of 9/11.  Artists range from professionals to amateurs who have a desire to express their reactions to 9/11 through painting, drawing, writing, music, and more.

As of June 2009, 70% of the total steel to be erected for the Memorial and Museum had been installed and concrete pouring was nearly complete for the base level of the north memorial pool.

A public exhibition called “A Space Within” is currently being held through September 14, 2009 at The Center for Architecture in New York which showcases the progress to date of the memorial and museum.

For more information on the rebuilding of the World Trade Center, the Memorial, and the Museum, visit National 911 Memorial.org. 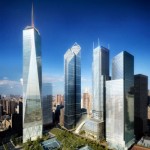 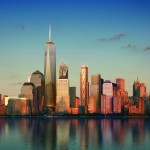 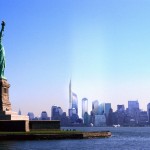 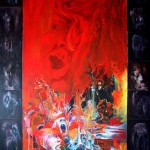 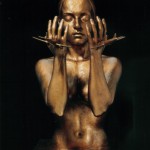 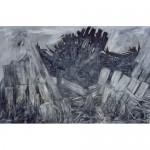