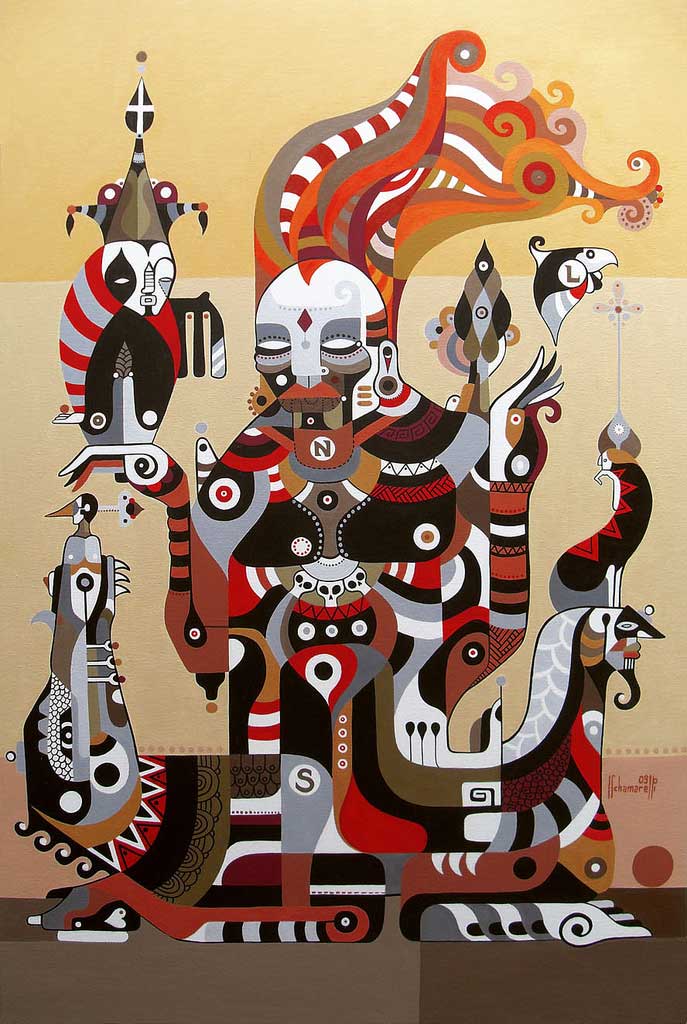 Chamarelli began drawing cartoons, caricatures and realistic portraits and then became involved in street art and tattooing.  “It is by merging these different mediums that he creates his art. Chamarelli lives in a multicultural country of contrasts, therefore this environment reflects in his work. Including mosaic, geometric elements,organic forms and harmonic lines connecting symbols, legends, philosophies, religions and customs of ancient and modern civilizations. Within this diversity are the strong influence of Brazilian popular culture and pre-Columbian indigenous art. His art follows the rhythm of globalization, bridging borders and cultures closer. The Characters with serious expressions live in different realities and in situations that appear surreal. Music has a very important role during the creation, helping to give flow.”  (from artist’s My Space page)

Chamarelli was the selected Brazilian artist to design the shirt as part of the UMBRO world champion collection for the 2010 world cup. He has exhibited extensively in North and South America,  Europe and has been featured in numerous international magazines.

Chamarelli will be exhibiting for the first time in the UK alongside artists Morning Breath and Ekundayo at the London Miles Gallery from October 8, 2010 – November 5, 2010.

To see more, check out Chamarelli’s profile on Flickr. 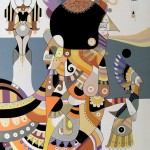 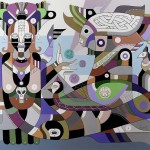 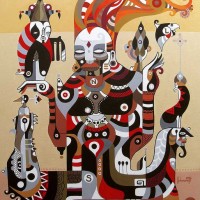 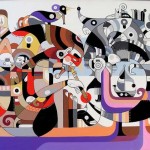 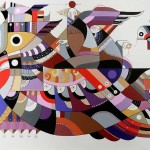