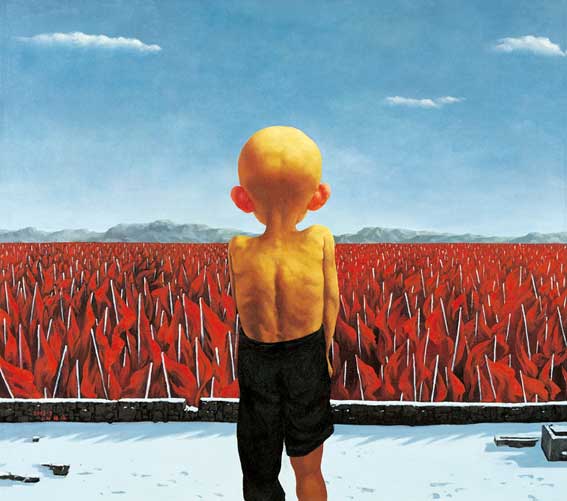 Born in Shanghai in 1963, Zhang Linhai was adopted from a Shanghai orphanage and at a young boy, witnessed the devastation of the Cultural Revolution.  As a child, Linhai suffered from various illnesses, including polio, and at the age of four was left with a crippled leg and hand. Despite his challenges, at the age of 17,  Linhai developed an interest in painting and completed a degree in engraving from the Tianjin Academy of Fine Arts in 1990.

Zhang’s style is easily recognized by his signature depiction of bald young boys wandering through, or flying over, an arid wasteland or countryside village. The scenes articulate feelings of sadness, fear, a need for escape, stark shock or even bemusement.  Linhai’s works are shaped by the artist’s past struggles the repeated arrangements of his motif display a touch of sadness on top of nostalgia. (Li Xian Ting, Art Critic) 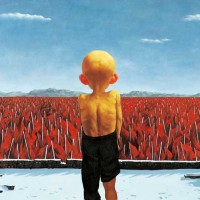 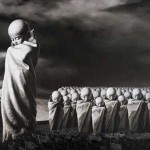 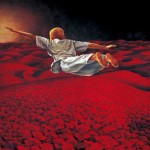 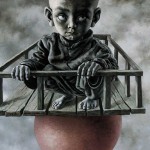 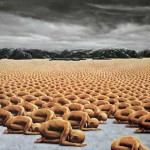 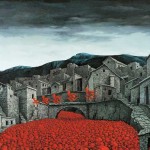 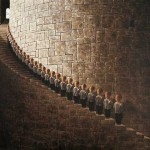 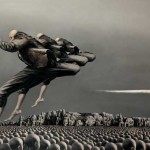 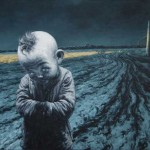