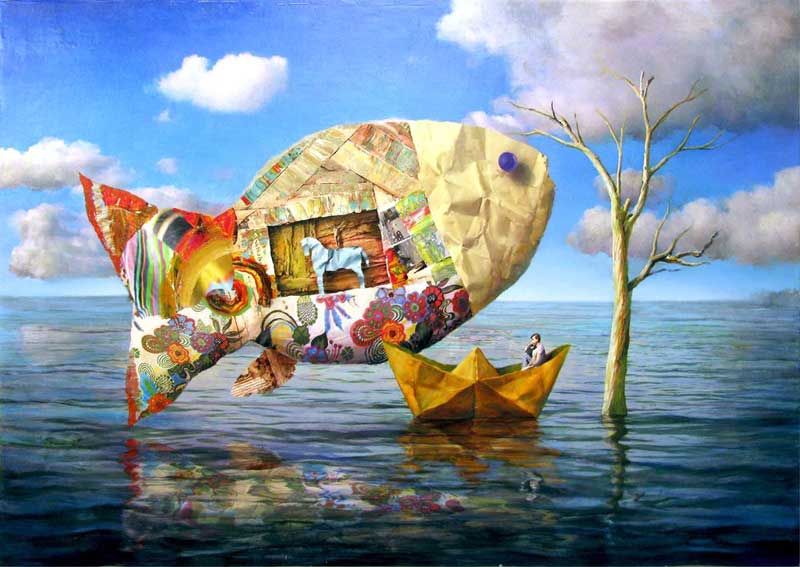 Born in 1968, Chilean painter Mario Gomez was raised by his father, an engineer, and his mother, an art teacher. Gomez originally wanted to be an architect, but his love for the arts and creative spirit led him to study fine arts at the School of Art at Pontificial Catholic University of Chile.

The sources of Gomez’s colourful oil paintings “are often autobiographical and reminiscent of the fantasies of his childhood. Images of paper ships, circus whirls, and the priest who rode the bicycle evoke memories of his growing years. Playful objects such as the juggler, the ballerina, the horse, intermingle with simple architectural constructions, influenced by the literature of Latin-American magic realism. He creates a world of fantasy, reassembling familiar images and spaces, creating a new synthesis. The artist describes his work as communicating without saying the obvious, as that would eliminate the attraction of the painting. The protagonist is the human figure, interacting with fundamental worries and fundamental joy – works of art that involve the viewer with the artist in an interpretation of life. His genius manifests itself in the unique content and juxtaposition of human, natural, and material objects. Equally exciting and accomplished is his unique technique. He creates a “paper world” – simulating crumpled paper – and combining classical elements with contemporary elements in the same scene.” (bio from Gallery Bergelli)

Gomez has had numerous gallery and museum exhibitions in Chile and internationally in Japan, New Zeland, Finland,  Europe, and the United States.  He currently works and  lives with his wife and  two daughters in Isla De Maipo, Chile. 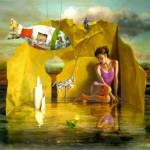 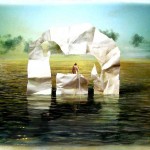 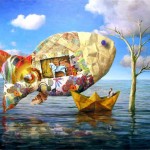 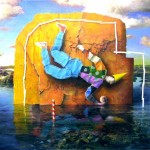 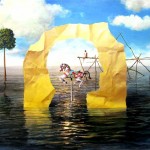 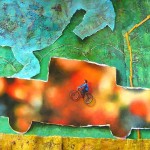 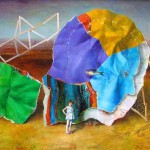 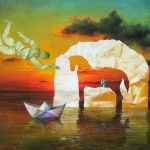 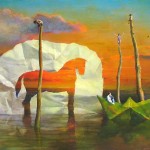 Discovered via: Escape Into Life