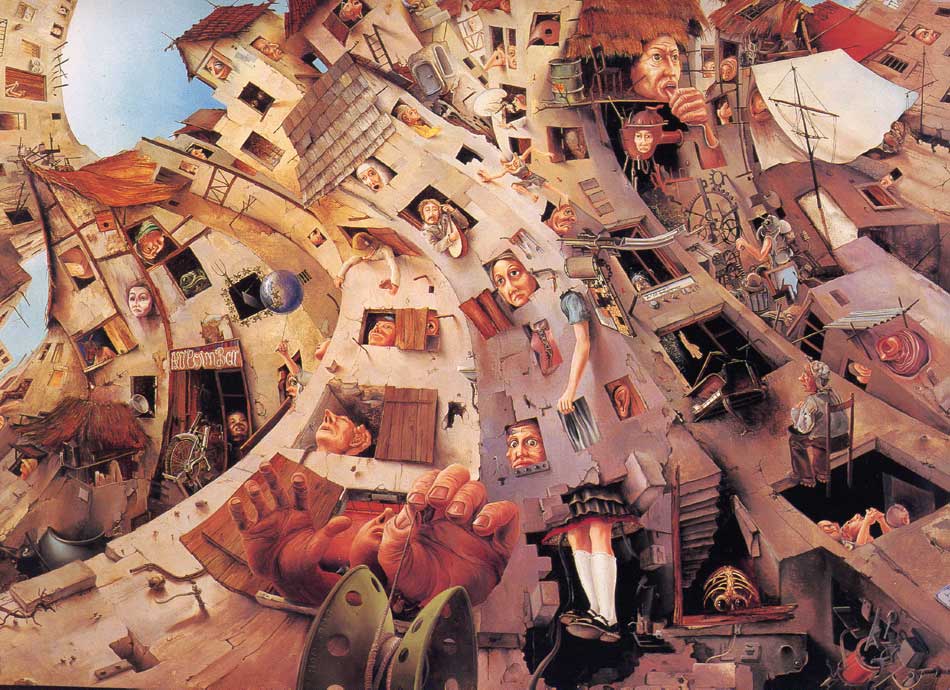 Born in 1945, Jacques Resch is a French born artist living in Africa.  Influenced by artists including Bosch, Breughel and Dali, Resch’s works are also inspired by modern technology and world politics.  He particularly admires Bosch, because Bosch “uses dreams to adventure into the interior of the human spirit.”  However, while Bosch depicted the temptations of man by the devil, Resch depicts modern day problems that plague the world, such as pollution, poverty and war.

Resch enjoys being spontaneous with his work, because he thinks that “errors show the feebleness of human nature.”  His work is also influenced by technology such as television and the internet which barrage people with images and cause the viewer to become passive. Resch encourages the viewer to become active and to examine for themselves the problems that afflict the work today. (bio from artist’s website) 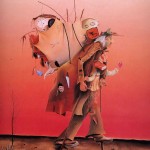 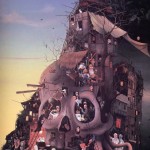 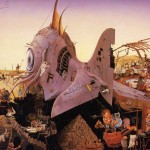 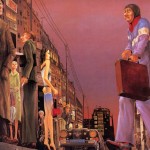 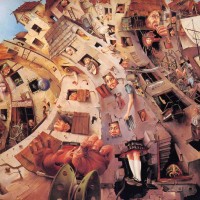 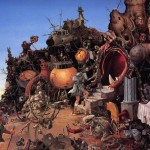