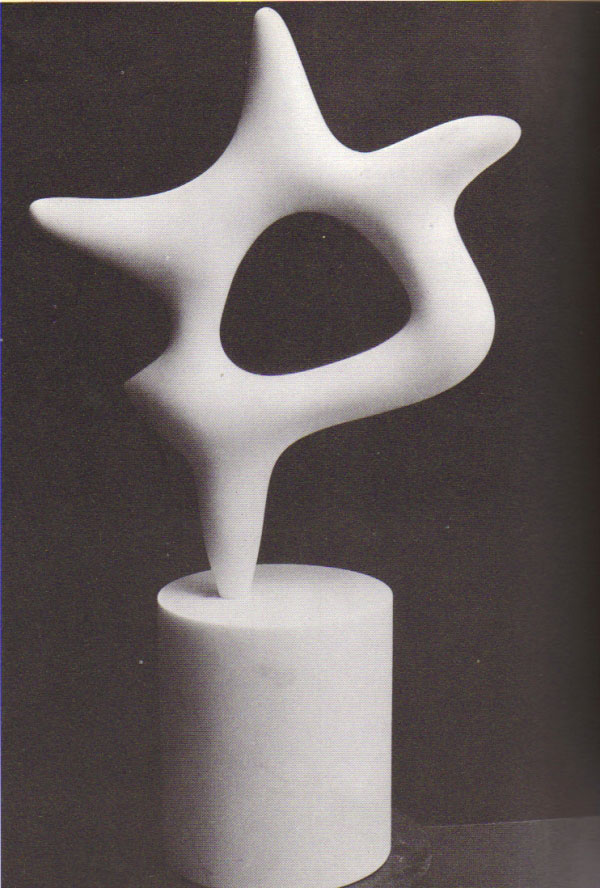 Born on September 16, 1886 in Strasbourg (then part of Germany), Jean (Hans) Arp was a pioneer of abstract art and a founding member of the Dada movement.  After studying at the Kunstschule, Weimar from 1905 to 1907, Arp attended the Académie Julian in Paris.

In 1909, Arp moved to Switzerland where in 1911 he was a founder of and exhibited with the Moderne Bund group. One year later, he began creating collages using paper and fabric and influenced by Cubist and Futurist art. Arp then traveled to Paris and Munich where he became aquainted with Robert and Sonia Delaunay Vasily Kandinsky, Amadeo Modigliani, Pablo Picasso, and others.

In 1915, with the onset of World War I, Arp moved to Zurich, feigning mental instability to avoid military service. It is here where he met and collaborated with Sophie Taeuber, creating tapestries and collages, and whom he married in 1922.

In 1916, Arp became part of the founding group of the Zurich Dada artists. Their aim was to encourage spontaneous and chaotic creation, free from prejudice and the academic conventions that many believed were the root causes of war. For Arp, Dada represented the “reconciliation of man with nature and the integration of art into life.” At the end of the war, Arp continued his involvement with Dada promoting it in Cologne, Berlin, Hannover, and Paris.

Although Arp was committed to Dada, he also aligned himself somewhat with the Surrealists, exhibiting with the group in Paris exhibitions in the mid 1920′s. He shared their notion of unfettered creativity, spontaneity, and anti-rational position.

Arp and his wife also had close ties to Constructivist groups such as De Stijl, Cercle et carré, Art Concret and Abstraction–Création, all of which aimed to create a counterbalance to Surrealism as well as to change society for a better future.

In the early 1930′s, Arp developed the principle of the “constellation,” and used it in both his writings and artworks. While creating his reliefs, Arp would identify a theme, such as five white shapes and two smaller black ones on a white ground, and then reassemble these shapes into different configurations.

In the 1930′s, Arp began creating free-standing sculpture. Just as his reliefs were unframed, Arp’s sculptures were not mounted on a base, enabling them to simply take their place in nature. Instead of the term abstract art, he and other artists, referred to their work as Concrete Art, stating that their aim was not to reproduce, but simply to produce more directly. Arp’s goal was to concentrate on form to increase the sculpture’s domination of space and its impact on the viewer.

From the 1930′s onward, Arp also wrote and published poetry and essays. As well, he was a pioneer of  automatic writing and drawing that were important to the Surrealist movement.

With the fall of Paris in 1942, Arp fled the war for Zurich where he remained, returning to Paris in 1946. In 1949, he traveled to New York where he had a solo show at Curt Valentin’s Buchholz Gallery. In 1950, Harvard University in Cambridge, MA invited him to create a relief for their Graduate Center. In 1954, Arp was awarded the Grand Prize for Sculpture at the Venice Biennale. Retrospectives of his work were held at the Museum of Modern Art in New York, in 1958 and at the Musée National d’Art Moderne, Paris, in 1962.

Jean Arp died June 7, 1966, in Basel, Switzerland at the age of 80. His works are in major museums around the world including a large collection at the Museum of Modern and Contemporary Art of Strasbourg. 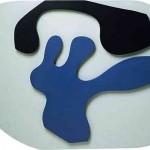 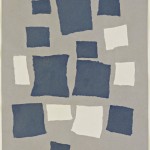 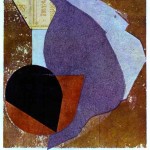 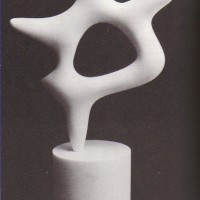 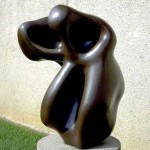 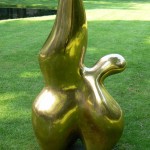 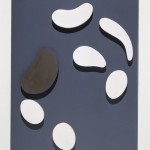 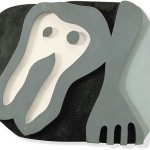 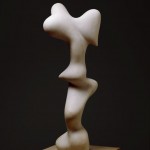