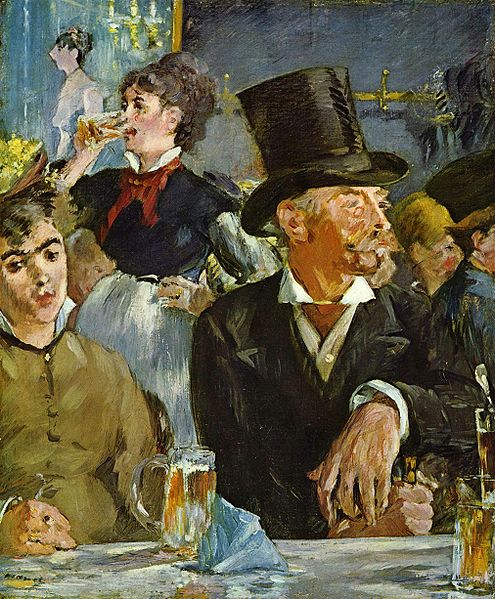 Born on January 23, 1832, Édouard Manet was a French painter and a key figure in the transition from Realism to Impressionism.

Manet’s father wanted him to attend law school however Manet wanted to study art. His father’s rejection of this idea led Manet to apply for the naval college but he failed the entrance exam. In  1848, Manet worked as an apprentice pilot on a transport vessel and upon his return to France in June 1849, he failed the naval examination a second time. At this time, his parents gave him permission to study painting.

Manet studied with the classical painter Thomas Couture from 1850 – 1856. He then set up and shared  a studio with Albert de Balleroy, a painter of military subjects.

Manet was accepted at the Salon in 1861 with his painting “Spanish Singer” and from 1862-1865, he participated in exhibitions at the Martinet Gallery.

Manet’s painting “Déjeuner sur l’herbe” was rejected in 1863 so instead he exhibited it a the Salon des Refusés. At the Salon of 1865, his painting “Olympia”, also created in 1863, caused a scandal. “The painting’s reclining female nude gazes brazenly at the viewer and is depicted in a harsh, brilliant light that obliterates interior modeling and turns her into an almost two-dimensional figure.”

A large number of his works were rejected once again for the Universal Exposition of 1867. In imitation of Realist painter Gustave Courbet, Manet had a stall erected at the corner of the Place de l’Alma and the Avenue Montaigne to exhibit his paintings.

In 1869 Manet painted a portrait of the artist Berthe Morisot, whom he had met at the Louvre. Morisot, who would become one of the leading female French Impressionists, visited Manet’s studio often after that and he continued to paint portraits of her until her marriage to his brother Eugène Manet in 1874.

From 1870-1871, during the Franco-German War, Manet served as a staff lieutenant in the National Guard and witnessed the siege of Paris. In February 1871 he returned to Paris shortly before the Commune. Half of his studio was destroyed, but he had stored his canvases in a safe place and found them undamaged. The art dealer Paul Durand-Ruel purchased almost all of Manet’s work for 50,000 francs.

In 1874  Manet developed a friendship with the Impressionist painter Claude Monet, with whom he painted on the banks of the Seine. Although he maintained friendships with Monet and the other Impressionists, Manet did not participate in the Impressionist exhibitions and continued to submit his paintings to the official Salon.

In 1880 Manet had a solo exhibition at the offices of the periodical “La Vie moderne” (Modern Life), but by this time he had begun to be affected by syphilis. In  April 1883, Manet became bed-ridden. Gangrene developed in his left leg which  had to be  amputated. He died on April 30, 1883 in Paris and was buried in the Cimetière de Passy.

“Manet’s debut as a painter met with a critical resistance that did not abate until near the end of his career. Although the success of his memorial exhibition and the eventual critical acceptance of the Impressionists raised his profile by the end of the 19th century, it was not until the 20th century that his reputation was secured by art historians and critics. Manet’s disregard for traditional modeling and perspective made a critical break with academic painting’s historical emphasis on illusionism. This flaunting of tradition and the official art establishment paved the way for the revolutionary work of the Impressionists and Post-Impressionists. Manet also influenced the path of much 19th and 20th century art through his choice of subject matter. His focus on modern, urban subjects—which he presented in a straightforward, almost detached manner—distinguished him still more from the standards of the Salon, which generally favoured narrative and avoided the gritty realities of everyday life. Manet’s daring, unflinching approach to his painting and to the art world assured both him and his work a pivotal place in the history of modern art.” 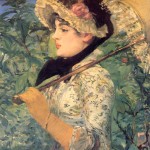 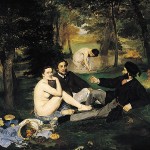 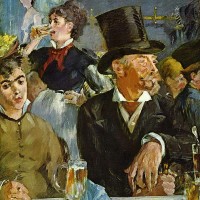 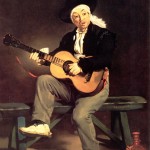 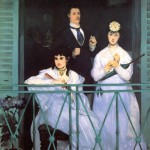 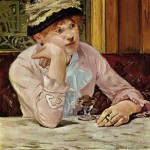 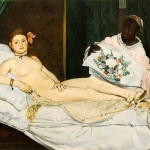 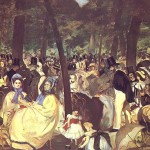 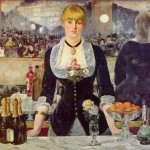 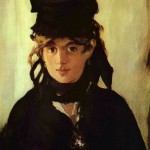 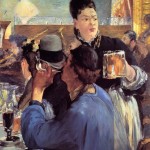 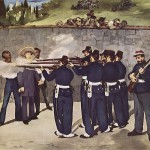