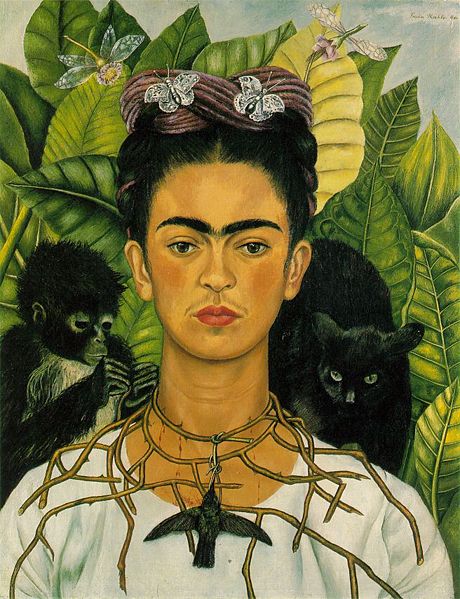 Born on July 6, 1907, in Coyoacán Mexico, Magdalena Carmen Frida Kahlo y Calderón is one of the most internationally known Mexican painters of our time. Kahlo survived many difficult events in her life including polio around the age of six, and a bus accident that left her permanently disabled.

Kahlo did not intend to be an artist and, before her accident, was enrolled at the National Preparatory School in Mexico City in the premedical program. She began painting while recovering from her injuries that left her bedridden for over a year.

Frida’s paintings were mostly self-portraits and dealt directly with her health, physical challenges, and sexuality. With no formal training, Kahlo painted in vibrant colours and her style was influenced by the tradition of Mexican folk art and European styles including Realism, Symbolism, and Surrealism.

In 1929, Kahlo met muralist Diego Rivera who was enthusiastic and supportive of her work. With their art and mutual support of Communism in common, they fell in love and despite their 20-year age difference, married the same year. Their relationship was a stormy and passionate one, filled with infidelities on both sides, the pressures of Rivera’s fame, and Kahlo’s poor health.  The couple eventually divorced, but then remarried in 1940.

Kahlo and Rivera traveled to the United States and France, where they connected with influential artists and politicians of the time. Frida had her first solo exhibition at the Julien Levy Gallery in New York City in 1938 and achieved some success during the 1940s. As well, during this time, Kahlo taught art and her students became known as Los Fridos.

Kahlo produced around 200 images in her lifetime. Despite more than 30 operations, she spent her life in constant pain and had several miscarriages. Frida Kahlo died on July 13, 1954 at the age of 47. Doctors reported her death as a pulmonary embolism, relating to pneumonia, although it is also suspected that she committed suicide through an overdose.

Kahlo was described as a “self-invented Surrealist” by André Breton in 1938, but she disagreed saying “They thought I was a Surrealist, but I wasn’t. I never painted dreams. I painted my own reality.” 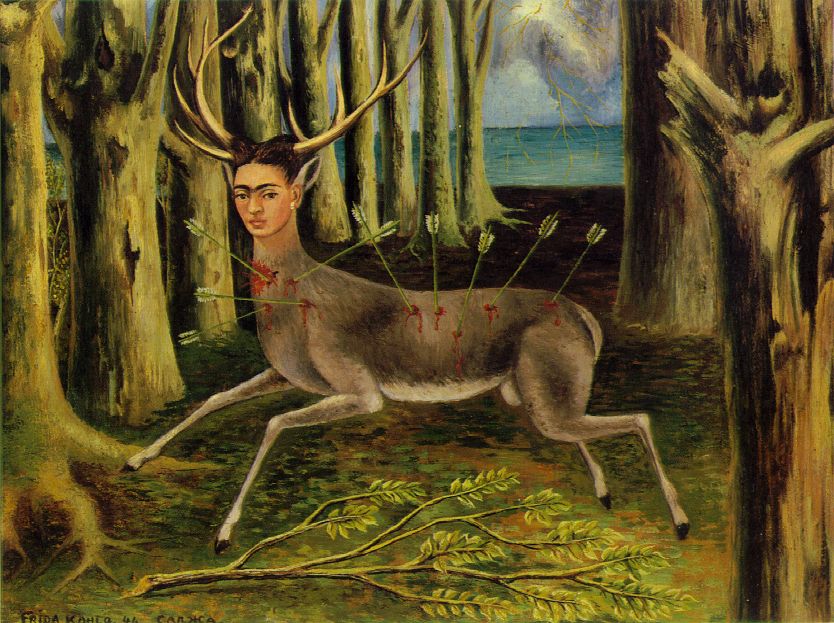 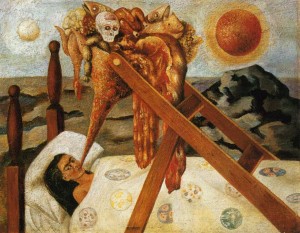 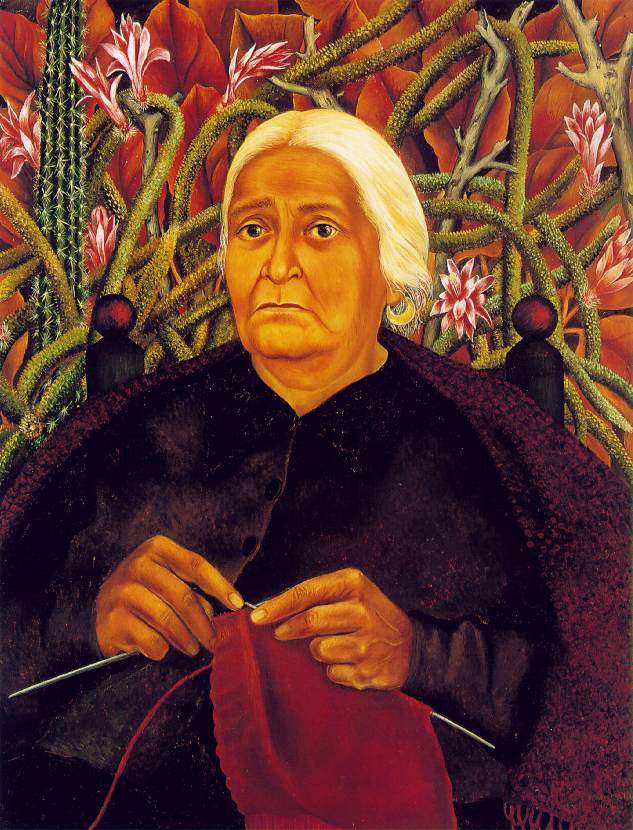 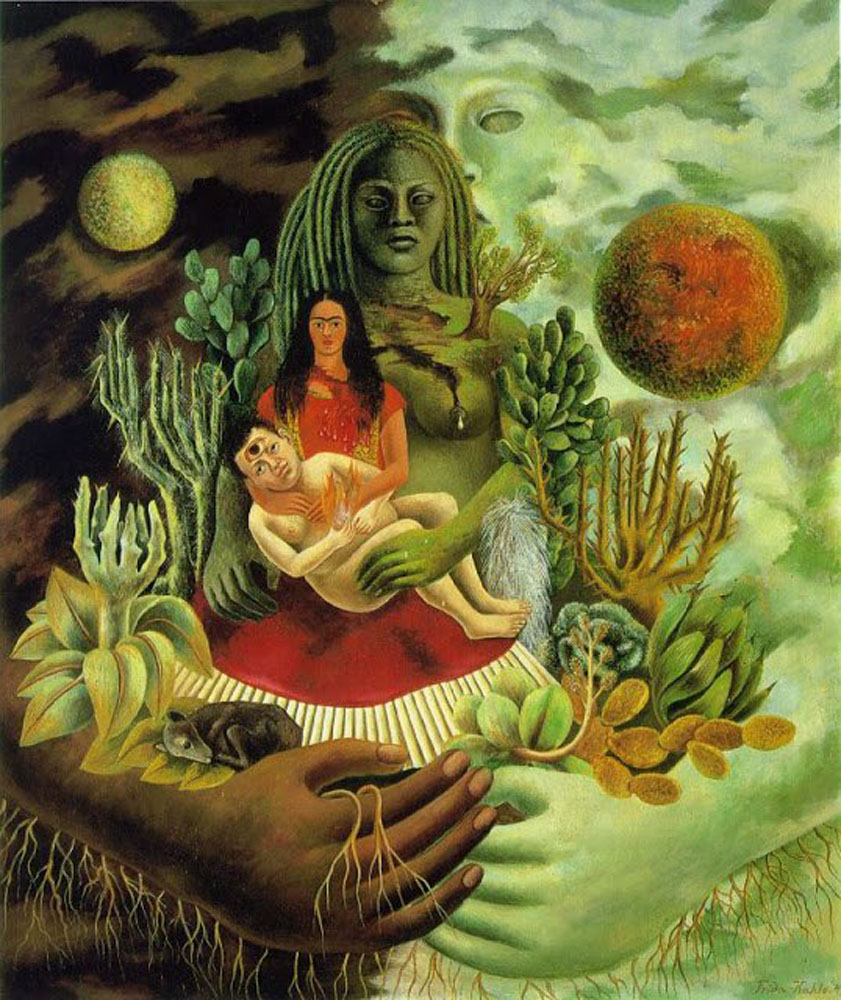 Frida Kahlo The Love Embrace of The Universe The Earth Mexico Myself Diego And senor Xolotl, 1949 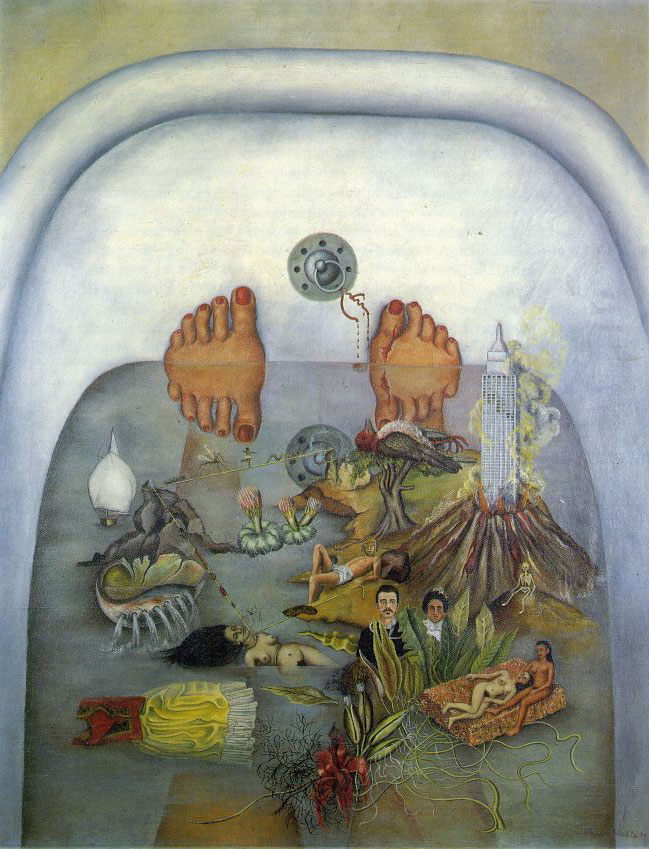 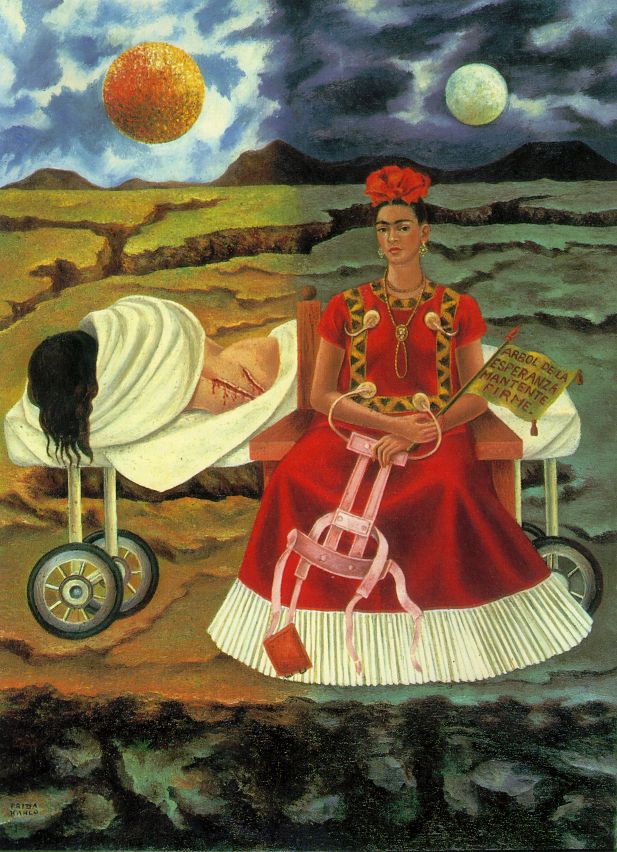 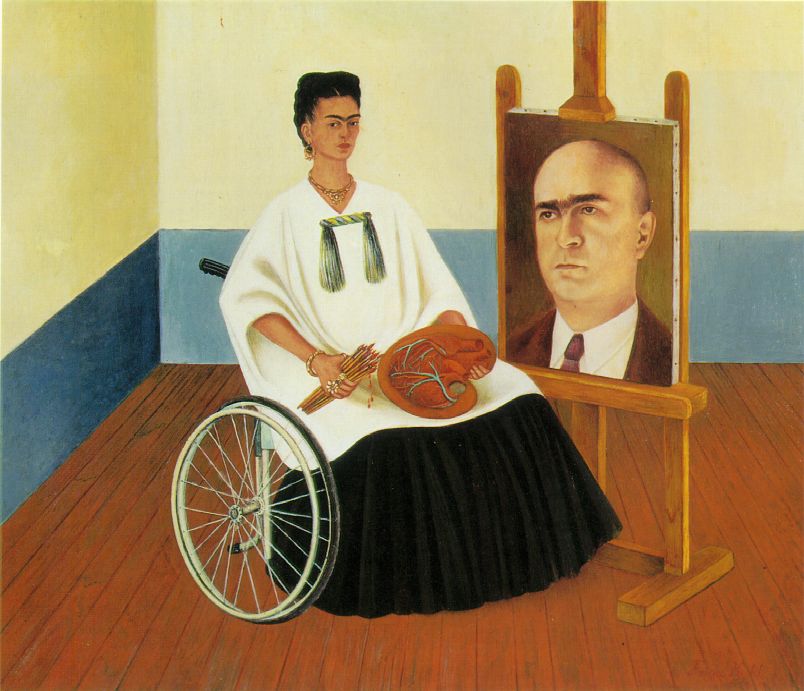 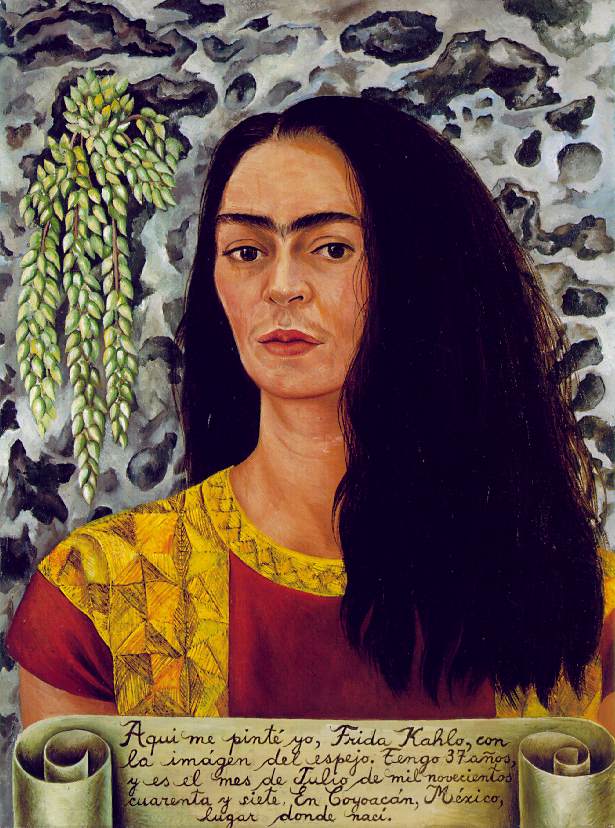 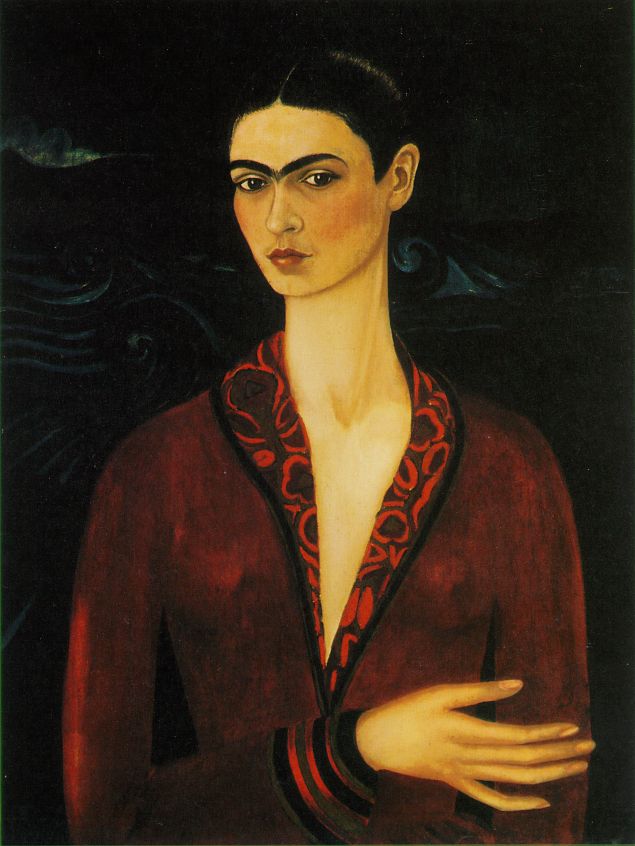 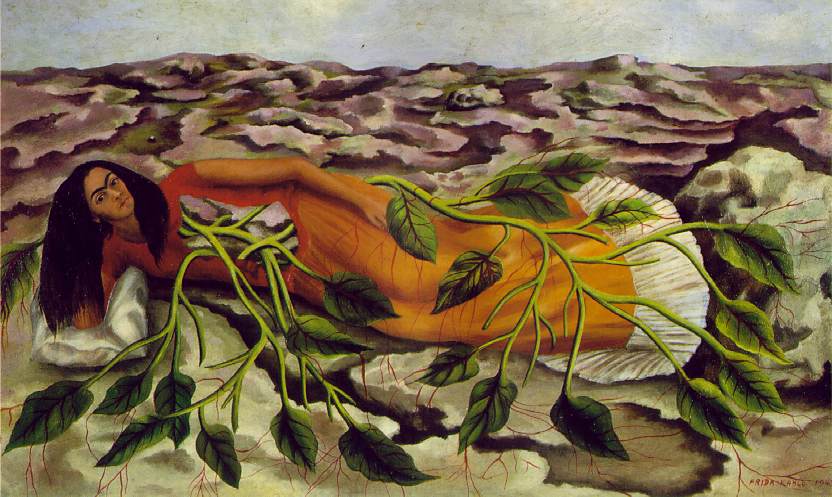 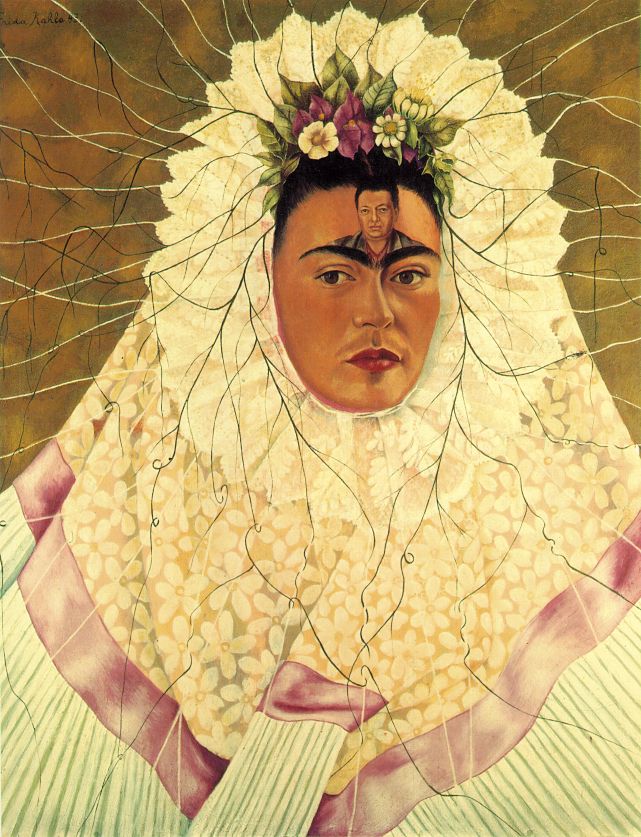 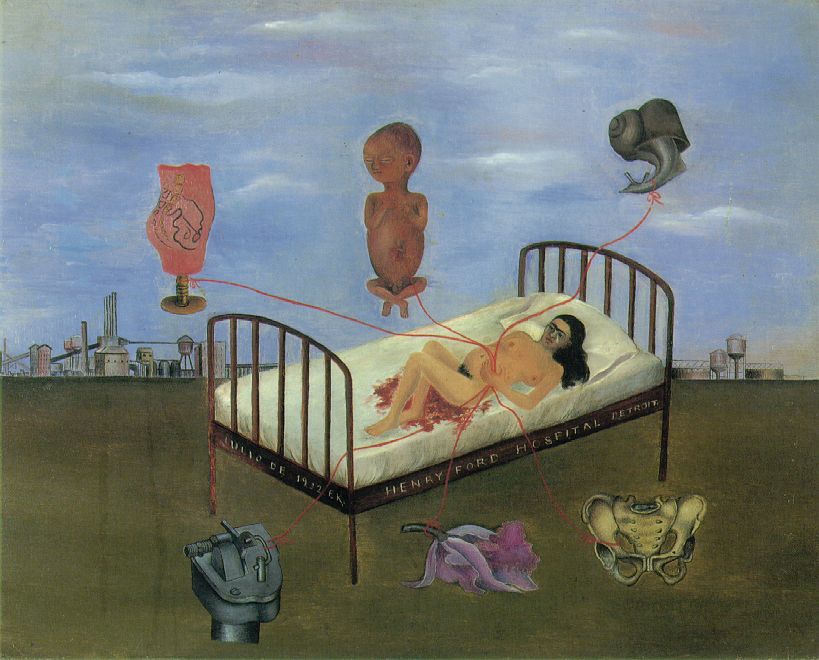 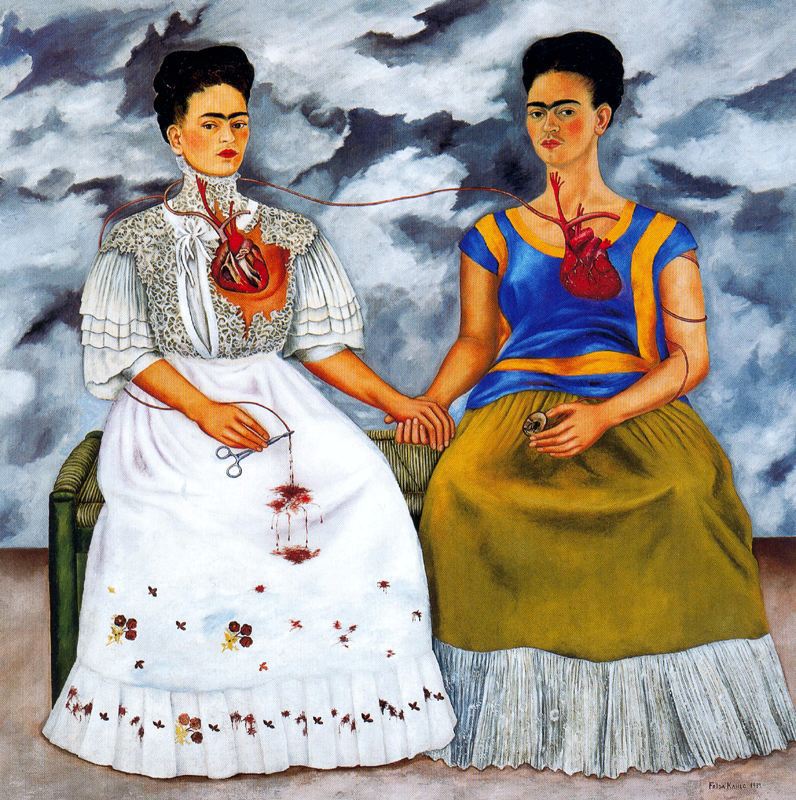