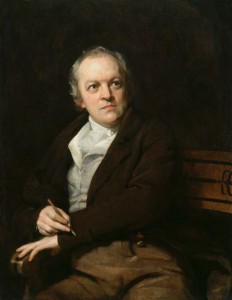 Born on November 28, 1757, William Blake is ranked among the greatest English poets and one of the most original visual artists of the Romantic era. The son of a working-class family, Blake studied art as a boy at the drawing academy of Henry Pars. In 1772, he began an apprenticeship with the commercial engraver James Basire and in 1779, entered the Royal Academy Schools as an engraver.

In 1782, Blake married Catherine Boucher who would later become his studio assistant.  The couple had no children. In 1784, Blake set up his own print shop and made his living for much of his life as a reproductive engraver. In 1788, he developed a method of etching in relief that enabled him to combine illustrations and text on the same page and to print them himself.

Blake described his technique as “fresco.” Using oil and tempera paints mixed with chalks, Blake painted the design onto a flat surface (a copperplate or piece of millboard), from which he pulled the prints by pressing a sheet of paper against the damp paint. He completed the designs in ink and watercolor, making each impression unique.

Blake bound and sold his own volumes, including Songs of Innocence (1788) and its sequel, Songs of Experience (1794). Many of his large independent colour prints, or monotypes, were created in 1795. From 1795 to 1797, he produced over five hundred watercolors for an edition of Edward Young’s Night Thoughts, of which only one volume was published.

For Blake, art was visionary, not intellectual. He believed that the arts offered insights into the metaphysical world and could potentially redeem a humanity that had fallen into materialism and doubt.

Blake’s most important patron and closest friend was Thomas Butts, a prosperous civil servant. Butts appears to have purchased most of Blake’s output up until about 1810, including a commission of 50 tempera paintings, 80 watercolours, all of a biblical nature.

In 1800, Blake moved to Felpham, near Chichester, at the invitation of the poet William Hayley, who offered him employment for three years. It was here that Blake regained a spiritual calm and was profoundly affected by the study of Milton. He returned to London in 1804 and began “Jerusalem”, a project he worked on until his death.

In 1818, Blake was introduced to his second major patron, John Linnell. Linnell commissioned works including the engravings to the Book of Job (1823-1826), and a set of illustrations to Dante’s Divine Comedy (1824-1827). He made regular payments to Blake until his death. Despite Linnell’s support, Blake had considerable financial problems during his later years, and in 1821 was obliged to sell his entire collection of prints. In 1822, at Linnell’s insistence, he received a grant from the Royal Academy.

William Blake died of gallstones, at his home in London on August 12, 1827. Largely unrecognized during his lifetime, he is now considered one of the most important figures in the history of both poetry and visual arts of the Romantic Age.

For a complete biography, see the sources links below. 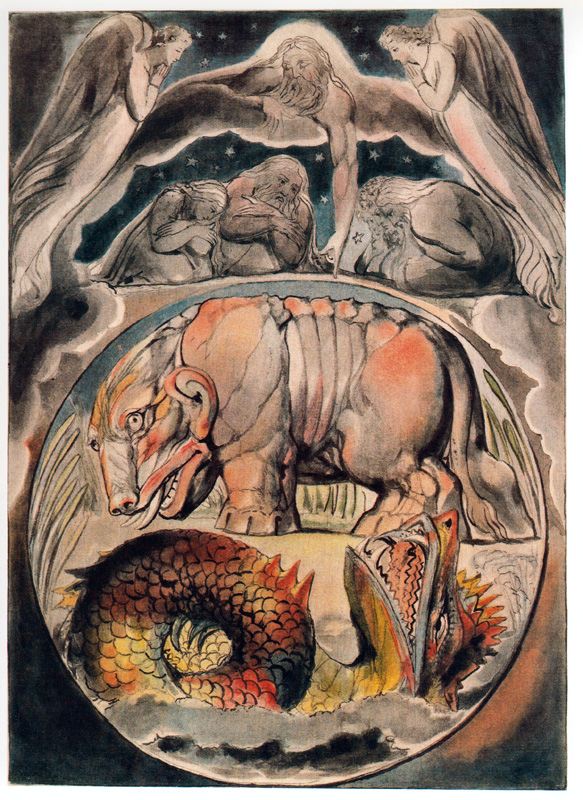 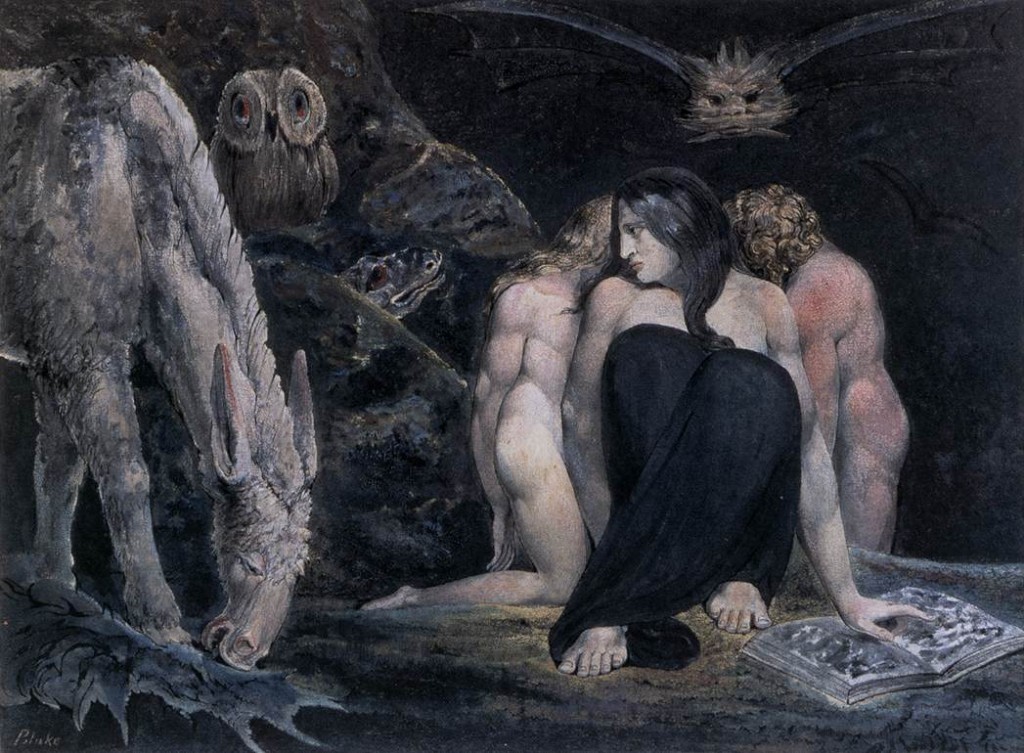 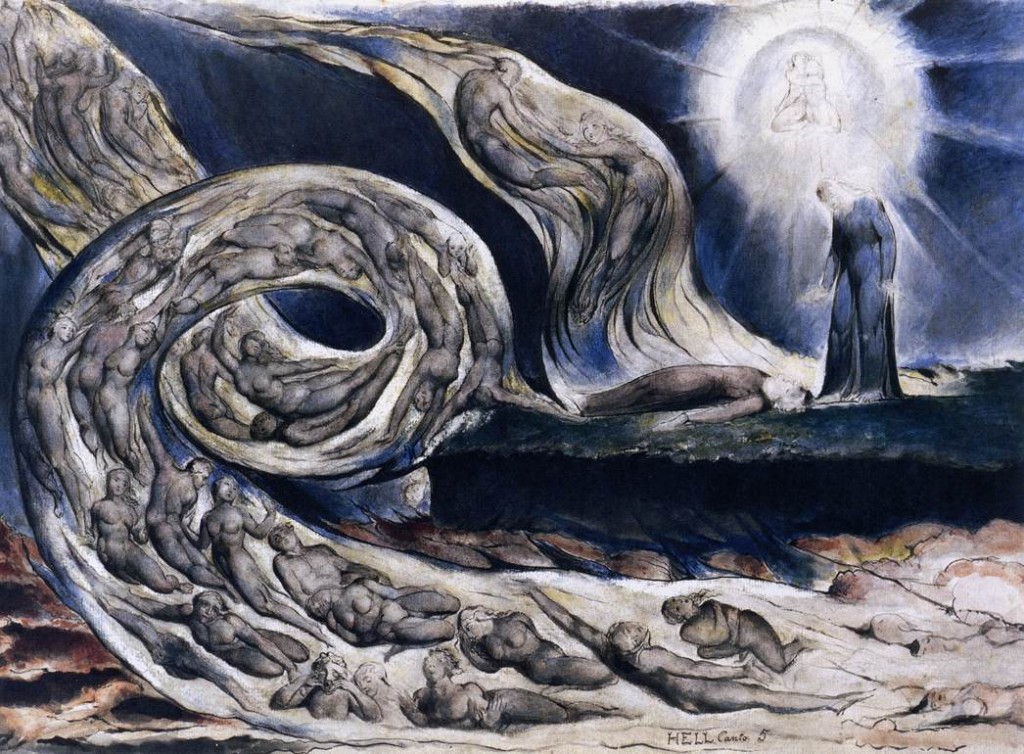 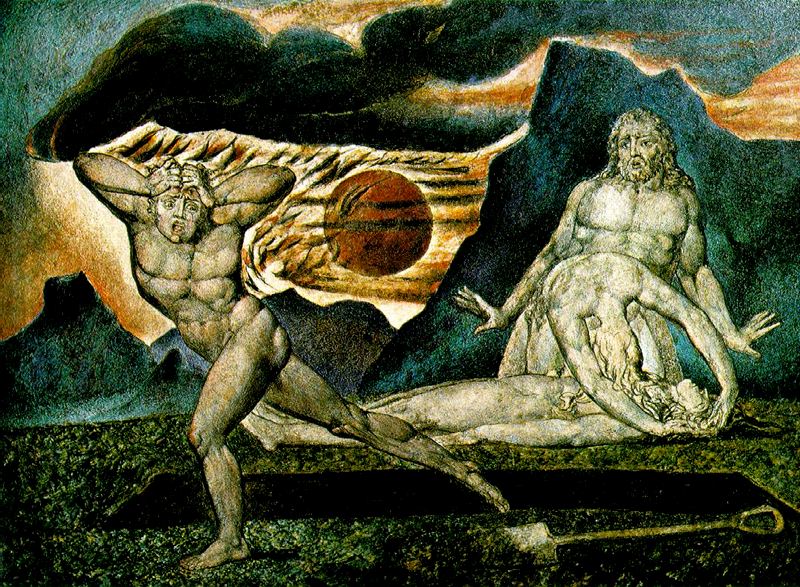 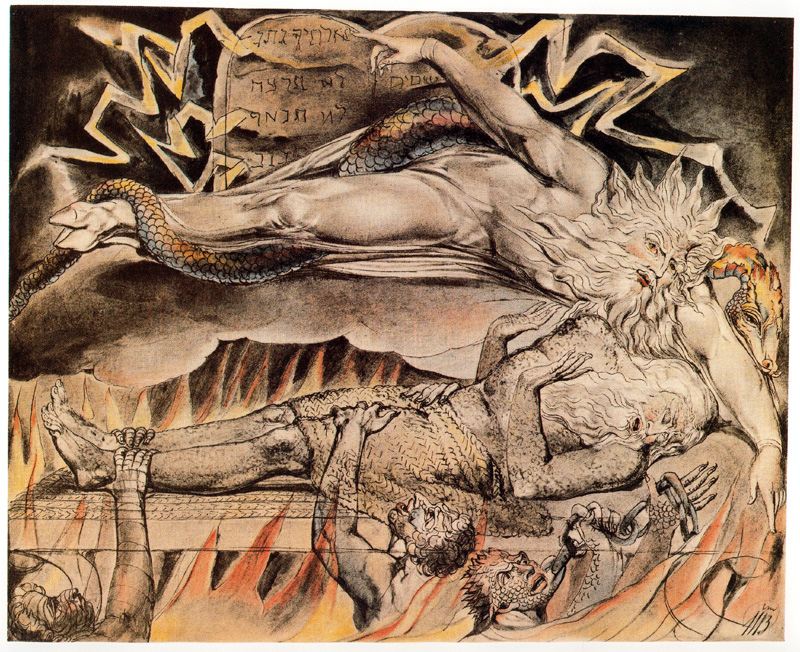 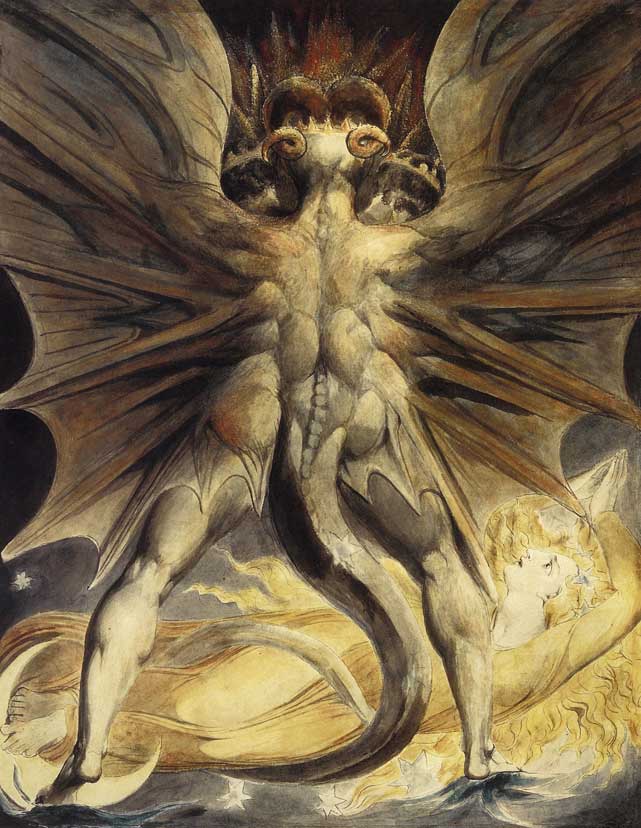 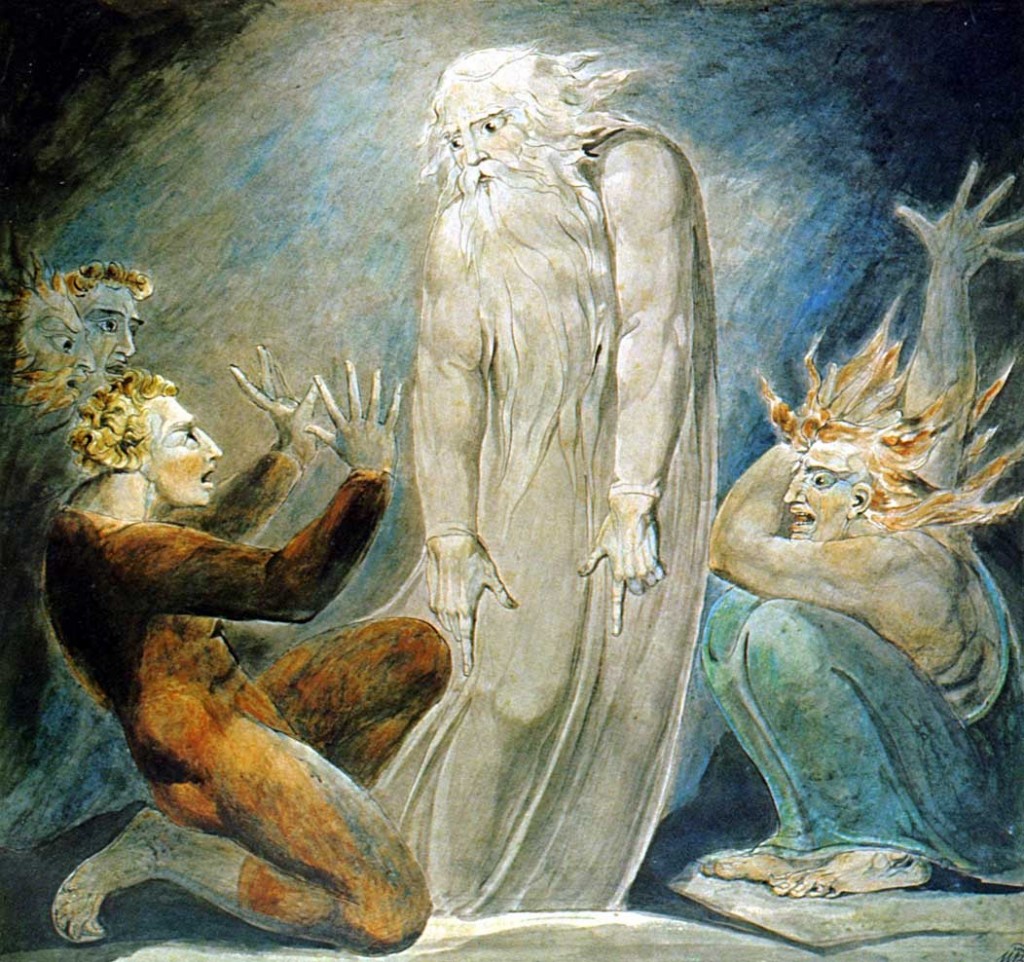 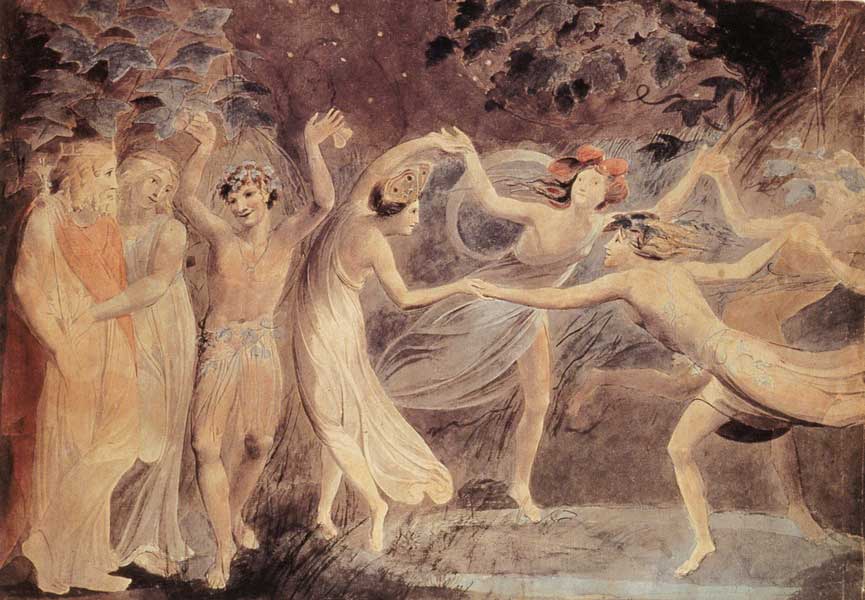 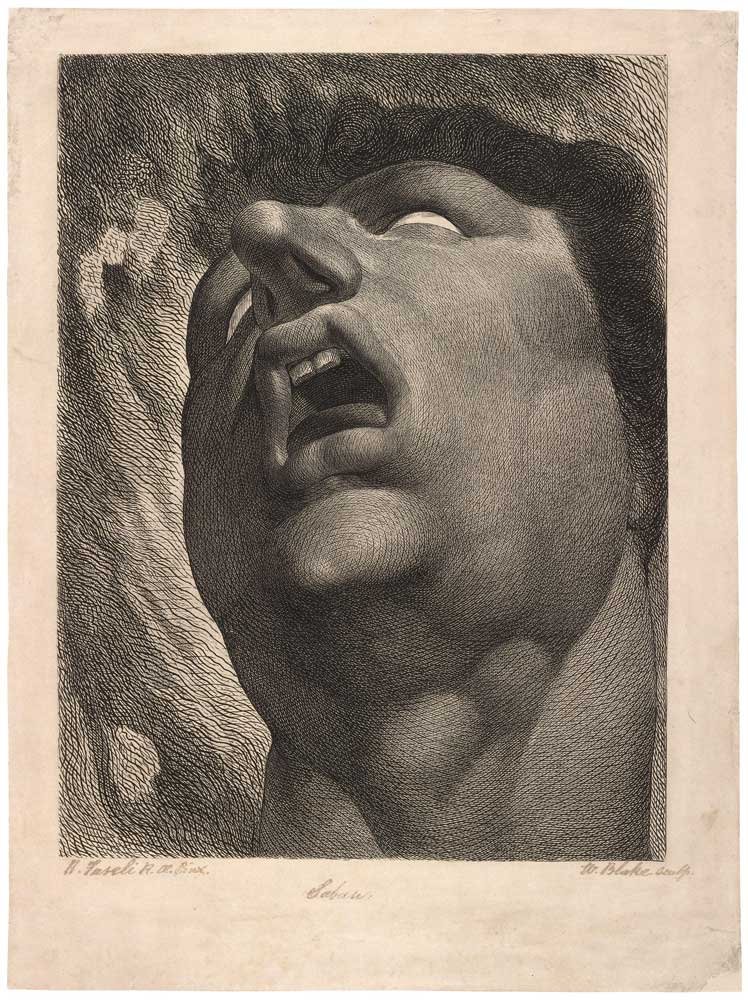 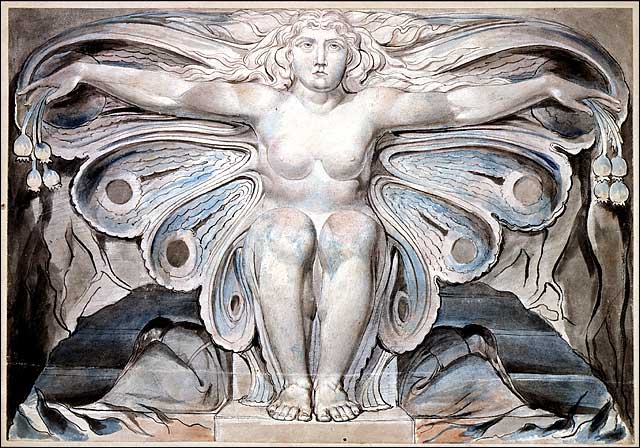 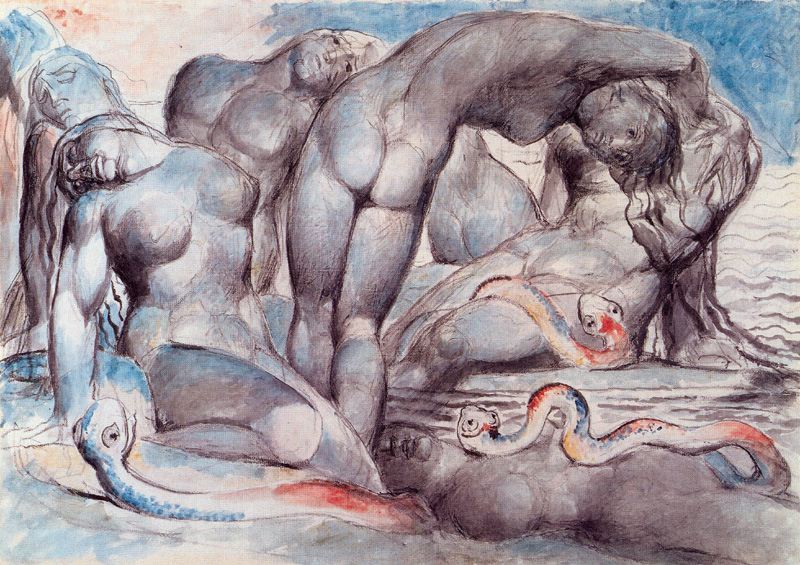