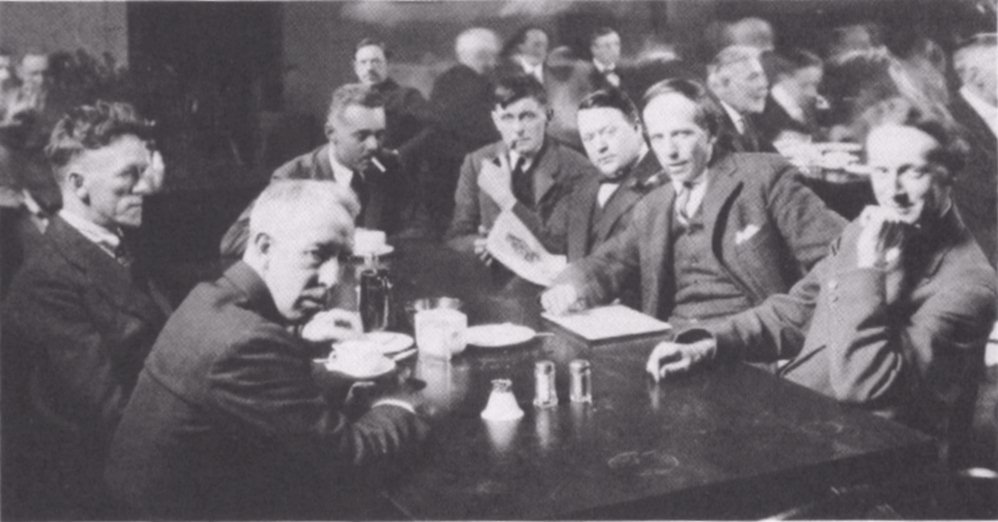 Happy Canada Day all you fellow Canucks and fans of Canada out there!  I thought what better day to post about some of the most well known artists in Canadian history – The Group of Seven.

Most famous for its paintings of the Canadian landscape, The Group of Seven began in Toronto in the 1910s and initially included: Lawren Harris, Arthur Lismer, A.Y. Jackson, J.E.H. MacDonald, Frank Johnston, F.H. Varley, and Frank Carmichael. The paintings of friend Tom Thomson, who died before the Group of Seven was formed, were often included in their exhibitions as well. Emily Carr was also closely associated with the group, but was never officially a member.

The members were all professional artists, who met through friends or work (Grip Ltd design firm). Through conversations, sketching trips, and meetings at local art clubs, they discovered that they shared a  dissatisfaction with the Canadian art scene at the time.

Members of  the group were searching for a new way of painting that would allow them to express what they believed were the unique qualities of Canada.  Influenced by Post Impressionism, the artists rebelled against the limitations of 19th-century naturalism and Impressionism. They shifted emphasis away from imitation towards the expression of their feelings in their paintings, creating bold and vividly-colored canvases.

In 1920, they held their first exhibition as the Group of Seven and during their day, they dominated the Canadian art scene. However, The Group of Seven did not exist for very long. F.H. Varley left to pursue his own interests in 1926. He was replaced by water-colourist, A.J. Casson. In the early 1930s, two other artists, Edwin Holgate and L.L. FitzGerald, joined the Group, bringing its membership to nine.

The Group’s influence was widespread and by the end of 1931, they no longer found it necessary to continue as a group. As well, the death of J.E.H. MacDonald contributed to the dissolution. At their eighth exhibition in December of 1931, they announced that they had disbanded and that a new association of painters would be formed, known as the Canadian Group of Painters.

I remember learning about the Group of Seven in elementary school and making what seemed like an incredibly long trek up to Kleinburg, Ontario to see the works at the McMichael Gallery.  I also remember liking Lawren Harris’s works most of all, though at the time, I didn’t know why.  Today, he is still my favourite of the group.  I love his vivid colours and the spiritual element of the paintings. As well, my tendency to like abstract art, draws me to his work more than the others.

If you’ve never visited the McMichael Gallery, I highly recommend it.  It’s actually a short trip (from Toronto), they exhibit 100% Canadian art, and it is located on 100 beautiful acres of wooded conservation land overlooking the East Humber River Valley. I can’t wait to go back next time I’m in town. 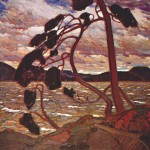 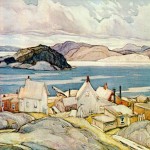 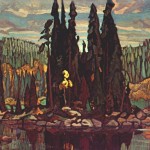 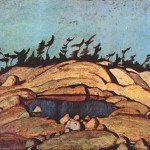 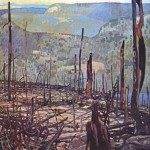 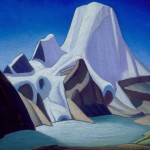 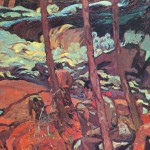 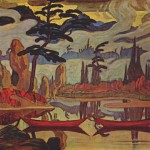 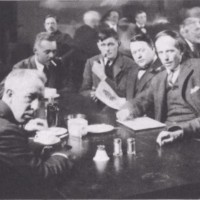