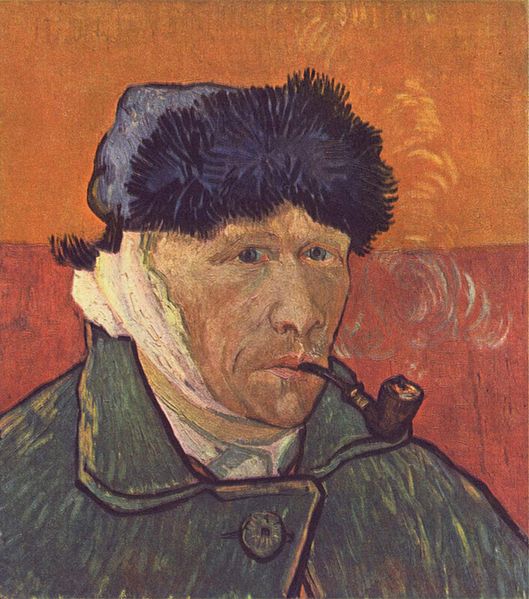 1. Reverse Graffiti (aka clean tagging, dust tagging, grime writing), is a method of creating art in public spaces by removing the dirt from its surface. Early forms of reverse graffiti include writing and pictures drawn on the dirty windows of cars and shops.  In the last several years, a more advanced method has emerged where art is created by cleaning dirty surfaces with stencils, detergent, and a high powered pressure washer. The interesting thing about reverse graffiti is it can be applied to so many different mediums with ink. Old t-shirts with peeling logos, vintage promotional mugs, maps…he possibilities are endless.

2. At the age of twelve Ansel Adams taught himself to play the piano and read music. Soon after, he began lessons and for the next twelve years he studied piano, intending to make his living as a concert pianist. Adams ultimately gave up piano for photography but these early studies ” brought substance, discipline, and structure to his frustrating and erratic youth. Moreover, the careful training and exacting craft required of a musician profoundly informed his visual artistry, as well as his influential writings and teachings on photography.”

3. “American Gothic” by Grant Wood depicts a farmer and his spinster daughter posing before their house, whose gabled window and tracery, in the American gothic style, inspired the painting’s title. The models were actually Grant’s sister Nan and their dentist. Wood was accused of creating this work as a satire on the intolerance and rigidity that the insular nature of rural life can produce; he denied the accusation. American Gothic is an image that epitomizes the Puritan ethic and virtues that he believed dignified the Midwestern character.”

4. Hyperrealism is a genre of painting and sculpture resembling a high resolution photograph. It is a fully-recognized school of art and is considered to be an advancement of Photorealism by the methods used to create the resulting photorealistic paintings or sculptures. The term is primarily applied to an independent art movement and art style in the United States and Europe that has developed since the early 2000s.

5. The Salon des Refusés, French for “exhibition of rejects”  was officially sponsored by the French Government in 1863 and was an exhibition of works rejected by the jury of the Paris Salon. Any artist who wanted to be recognized, at that time, was required to have exhibited in a Salon, or to have gone to school in France. Being accepted into these Salons was a matter of survival for some artists and reputations and careers could be started or broken based upon acceptance into the Salon. Today, the term refers to any exhibition of works rejected from a juried art show.