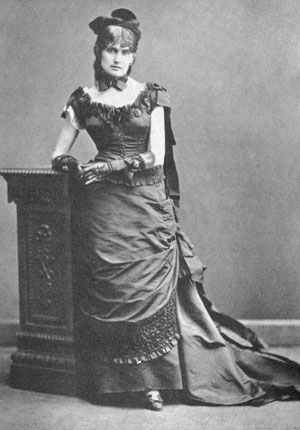 orn to a prosperous family on January 14, 1841, in Bourges, Cher, France, Berthe Morisot was a central member of the Paris Impressionists.  Morisot, as well as her sisters, were encouraged at an early age to pursue art and studied with neoclassical painter Geoffroy-Alphonse Chocarne. In 1858 she and her sister Edma studied at the studio of Joseph-Benoît Guichard, and through him met the leading landscape painter Jean-Baptiste-Camille Corot who encouraged the siblings to paint outdoors.

Morisot exhibited at the Salon from 1864 to 1873.  Around 1867, she met Édouard Manet with whom she developed a close friendship. Morisot modeled for Manet numerous times and in 1874 she married his brother, Eugène.  That same year she refused to show her work at the Salon and instead participated in the first independent show of Impressionist paintings. In 1878, Morisot had a daughter Julie who became a main source of inspiration for her paintings.

Morisot painted her daily experiences and reflected 19th century cultural expectations of her class and gender. Her works included landscapes, family and domestic life, portraits, garden settings and boating scenes. She avoided urban and street scenes as well as the nude figure. Morisot worked with pastels, watercolors, and oil, and in her later years, she experimented with lithography and drypoint etching.

Morisot became an important member of the Impressionist group. Painters and writers would meet at her home including Renoir, Degas, and Mary Casssatt. Morisot was never commercially successful in her lifetime. At the time however, her paintings sold for slightly higher prices than those of Renoir, Monet, and Sisley.

Berthe Morisot died of pneumonia on March 2, 1895 in Paris at the age of 54. She was interred in the Cimetière de Passy. 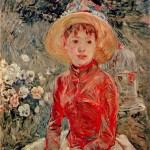 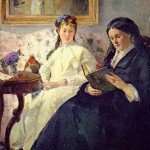 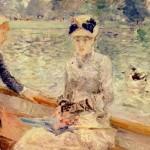 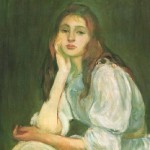 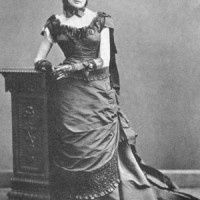 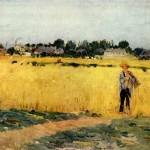 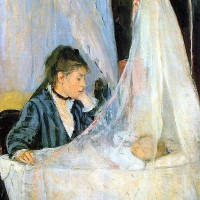 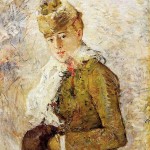 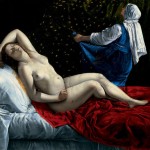 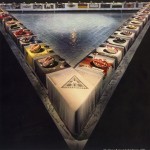 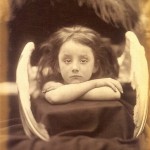 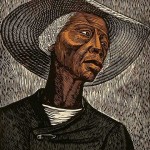 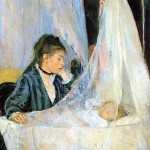