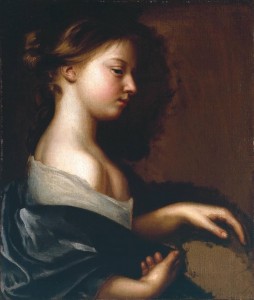 1. Mary Beale (1633 – 1699) – Portrait painter Mary Beale is considered to be the first professional female painter in England. Born on March 26, 1633, in Barrow, Suffolk, Beale was the daughter of Puritan rector and amateur painter John Cradock. Her mother, Dorothy, died when she was ten. Mary became acquainted with local artists, including Nathaniel Thach, Matthew Snelling, Robert Walker and Peter Lely through her father who was a member of the Painter-Stainers’ Company.  In 1652 she married Charles Beale, a cloth merchant (and amateur painter) from London.

Beale was prolific and reached the height of her success in 1677, completing over 80 commissions that year. She also took in students, many of them women. Beale supported her family through her work as an artist, and her husband Charles acted as her studio assistant,  preparing her canvases and paints, purchasing supplies and managing her accounts. He wrote notebooks about his wife’s daily activities.  Beale’s clientele included her immediate circle of friends, nobility, landed gentry, and clergymen.

Mary Beale died in 1699 in London, and was buried at St. James’s, Piccadilly. Her husband died in 1705. Mary and Charles had three children – Bartholomew who died young, a second son, also called Bartholomew, painted portraits before taking up medicine. A third son, named Charles was also a painter. (Tate, National Museum of Women in the Arts, Wikipedia) 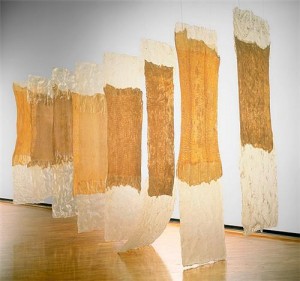 Hesse’s practice as an expressionist painter led her to experiment with industrial and every-day materials including rope, string, wire, rubber, and fiberglass. “Hesse explored by way of the simplest materials how to suggest a wide range of organic associations, psychological moods, and what might be called proto-feminist, sexual innuendo.”  She started to gain recognition by the late 1960s, with solo shows at the Fischbach Gallery, New York, and inclusion in major group exhibitions. Her large piece Expanded Expansion showed at the Whitney Museum in the 1969 exhibit “Anti-Illusion: Process/Materials”.

From 1968 to 1970, Hesse taught at the School of Visual Arts, New York. In 1969, she was diagnosed with a brain tumor, and after three operations within a year, she died May 29, 1970. Since her death, there have been dozens of major posthumous exhibitions in the United States and Europe, including at The Guggenheim Museum (1972), the San Francisco Museum of Modern Art (2002),  The Drawing Center in New York (2006) and the Jewish Museum of New York (2006), and the Fundació Antoni Tàpies in Barcelona (2010). In May 2015, a documentary on Eva Hesse, directed by Marcie Begleiter premiered at the Whitney Museum of American Art. (Guggenheim, Wikipedia, The Art Story) 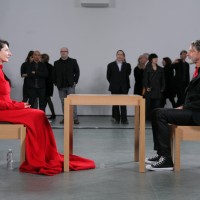 Abramovic has presented her work with performances, sound, photography, video, sculpture, and ‘transitory objects for human and non human use’ in solo exhibitions at major institutions in the U.S. and Europe. She has taught and lectured extensively in Europe and America and is the recipient of numerous awards including Golden Lion, XLVII Venice Biennale, 1997, Honorary Doctorate of Arts, University of Plymouth UK, 2009, Cultural Leadership Award, American Federation of Arts, 2011, Lifetime Achievement Awards, Podgorica, Montenegro, 2012, among others. (Wikipedia, Marinafilm.com) 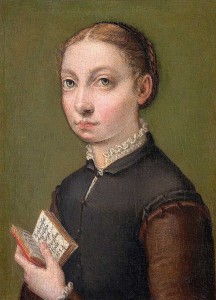 4. Sofonisba Anguissola (1532 – 1625) –  Born into a minor aristocratic family in Cremona, Italy, Sofonisba Anguissola became one of the most successful female painters in the Renaissance, and was renowned for her portraits. She was the first woman artist to achieve international renown, and was recognized by Vasari, Michelangelo and Van Dyck during a period in history when women did not typically achieve recognition as artists.

Anguissola studied with Bernardino Campi, a respected portrait and religious painter of the Lombard school. Anguissola then continued her studies with painter Bernardino Gatti (known as Il Sojaro). Anguissola’s apprenticeship with local painters set a precedent for women to be accepted as students of art. As a woman at the time, Anguissola was not permitted to study anatomy or drawing from life from nude models and therefore focused her attention on portraiture.

In 1560, she was appointed painter to the Queen of Spain, Isabel de Valois, Philip II’s third wife. Over her long residence, she taught the young queen drawing and made numerous portraits of the royal family and members of the court. In 1571, Anguissola entered an arranged marriage to Sicilian nobleman, Fabrizio Moncada Pignatelli, chosen for her by the Spanish court. She lived with him in Palermo until his death in 1579 and received a royal pension that enabled her to continue working and tutoring would-be painters. Her private fortune also supported her family and brother. In 1580, she married merchant captain Orazio Lomellini and lived in Genoa until 1620. In her later years, Anguissola became a wealthy patron of the arts. She died in 1625 at age 93 in Palermo. 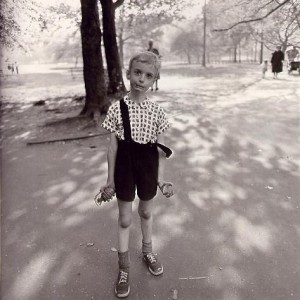 5. Diane Arbus (1923 – 1971) – Born on March 14, 1923, in New York City, Diane Arbus (nee Nemerov) was an American photographer noted for her images of marginalised people—dwarfs, giants, transgender, circus performers and others who might be perceived as ugly or surreal. Arbus was artistic in her youth, creating paintings and drawings. In 1941, she married actor and photographer Allan Arbus who encouraged her artistic pursuits and taught her photography. The couple worked together successfully in advertising and fashion with photographs appearing in Vogue Magazine. In 1956, Arbus began to focus on her own photography and studied with photographer Lisette Model.

By the mid-1960s, Arbus had become a well-established photographer, participating in shows at the Museum of Modern Art in New York, among others. Her raw, unusual images of the people she saw while wandering the streets of New York City were featured in publications such as Esquire, Harper’s Bazaar and The Sunday Times Magazine.

Though she thrived professionally, Diane Arbus had personal challenges. Her marriage to Allan Arbus ended in 1969, and she later struggled with depression. She committed suicide in her New York City apartment on July 26, 1971. Her photographs remain the subject of great interest, and her life was the basis of the 2006 film Fur, starring Nicole Kidman. (Wikipedia, Biography.com)