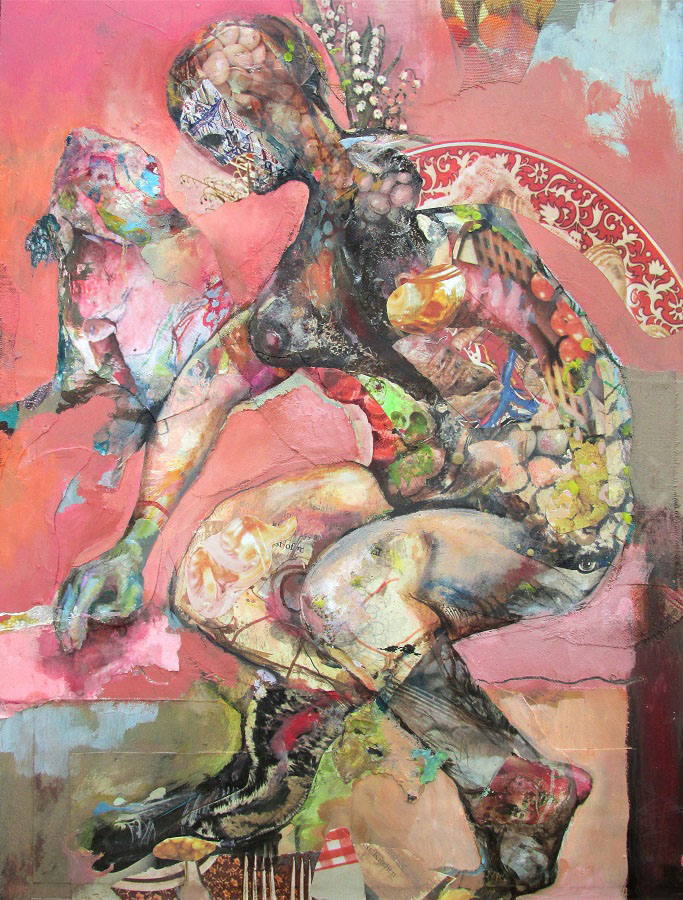 After some attention as a book illustrator in the late nineties, Ohio-based artist James Oberschlake returned to school and received his MFA from the University of Cincinnati in 2011. He is the founder and director of an online resource for American figurative art called Figure50, which features one artist from every state in the U.S. on a rotating basis. His time is currently divided between managing Figure50, painting nearly full time, and exploring the natural surroundings along the Ohio River. James recently returned from an extended visit to his wife’s home country, Thailand,  and suspects that the strange sights there will begin to filter into his new work. (Image left: James Oberschlake – Bestial, oil and collage on board, 16 x 12)

I nearly always begin an image by drawing loose forms with paint. Very quickly I will start to make associations with those forms and will then begin a lengthy process of continually reexamining and redefining the anatomical and spatial possibilities suggested by previous marks. A large portion of my intent, and a source of much enjoyment, is simply to explore a diverse range of textures and color/value relationships while the realization of subject matter morphs into focus. In utilizing a free association approach, layers of content build as a narrative in conjunction with the physical application of materials. With no initial objective for content, the stories found in the work typically remain ambiguous, allowing for a raw, emotional response and a variety of personal interpretations.

To see more works by James Oberschlake, visit oberschlake.com and connect with him on Instagram. 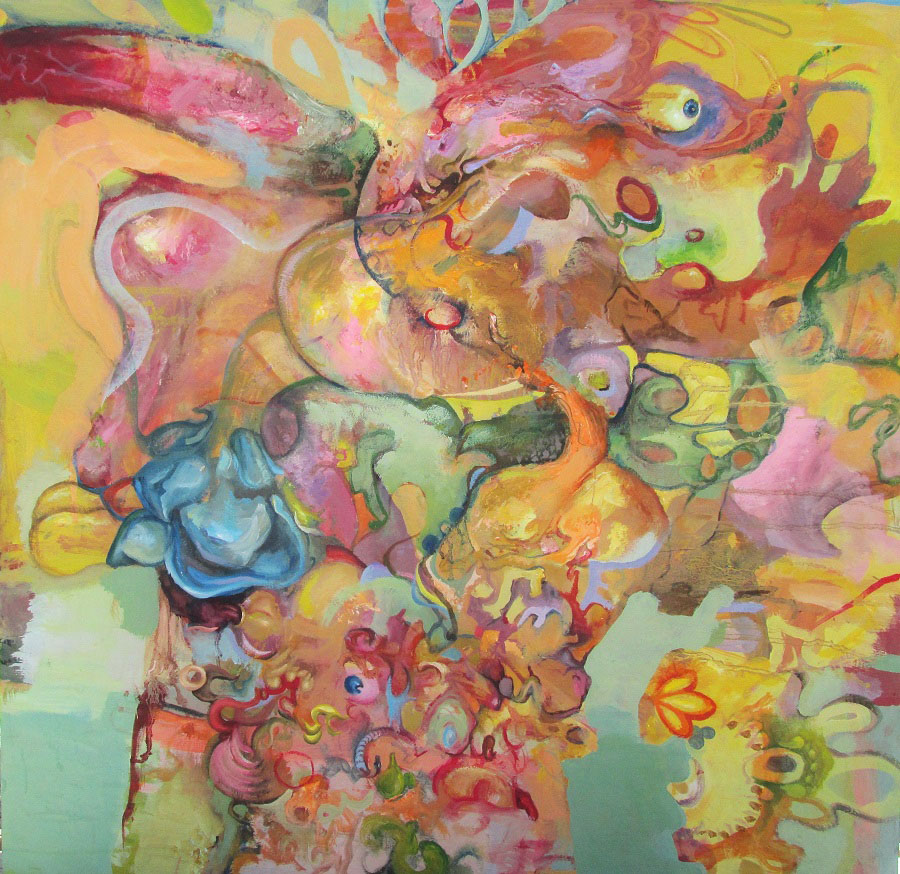 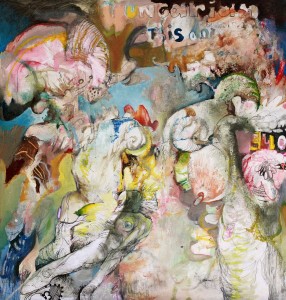 James Oberschlake - On This Episode, Mixed media on board, 12 x 12 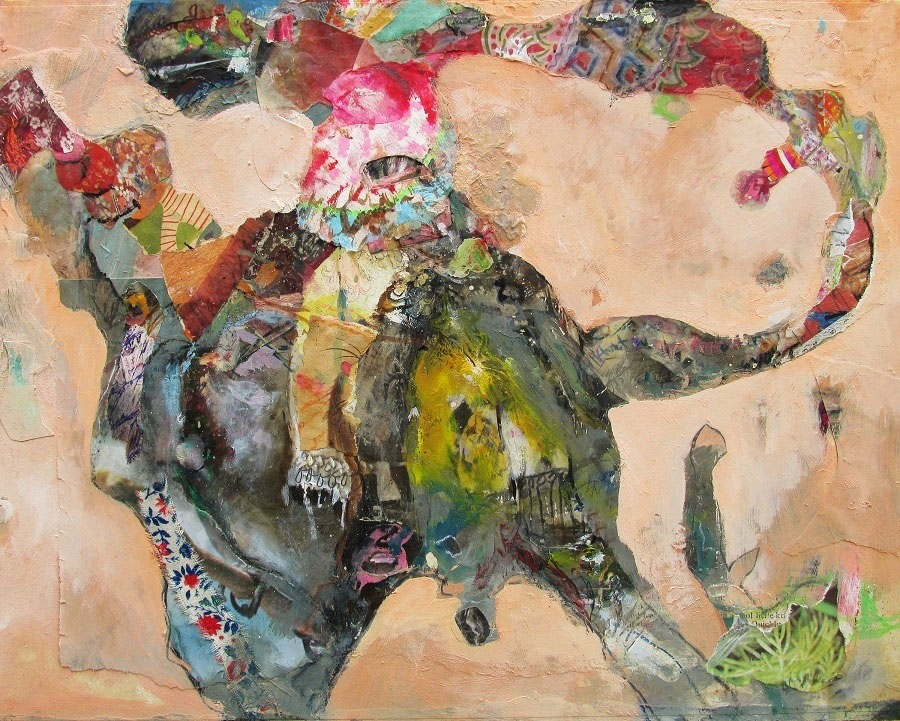 James Oberschlake - Enhanced Performance, Oil and collage on board, 14 x 11 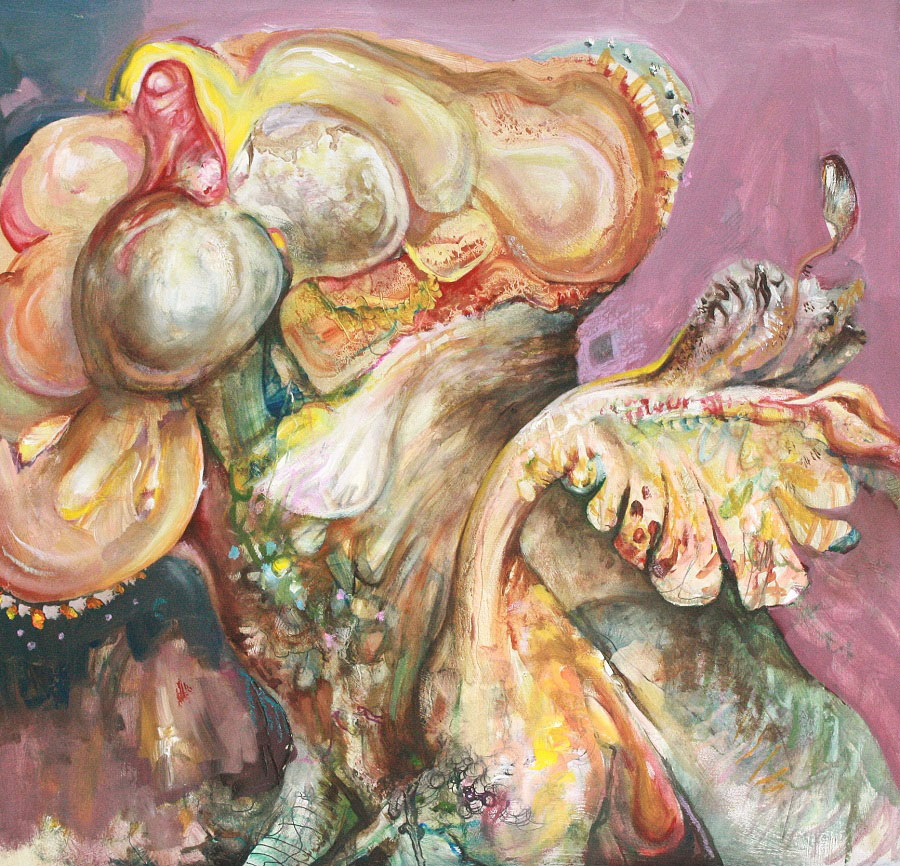 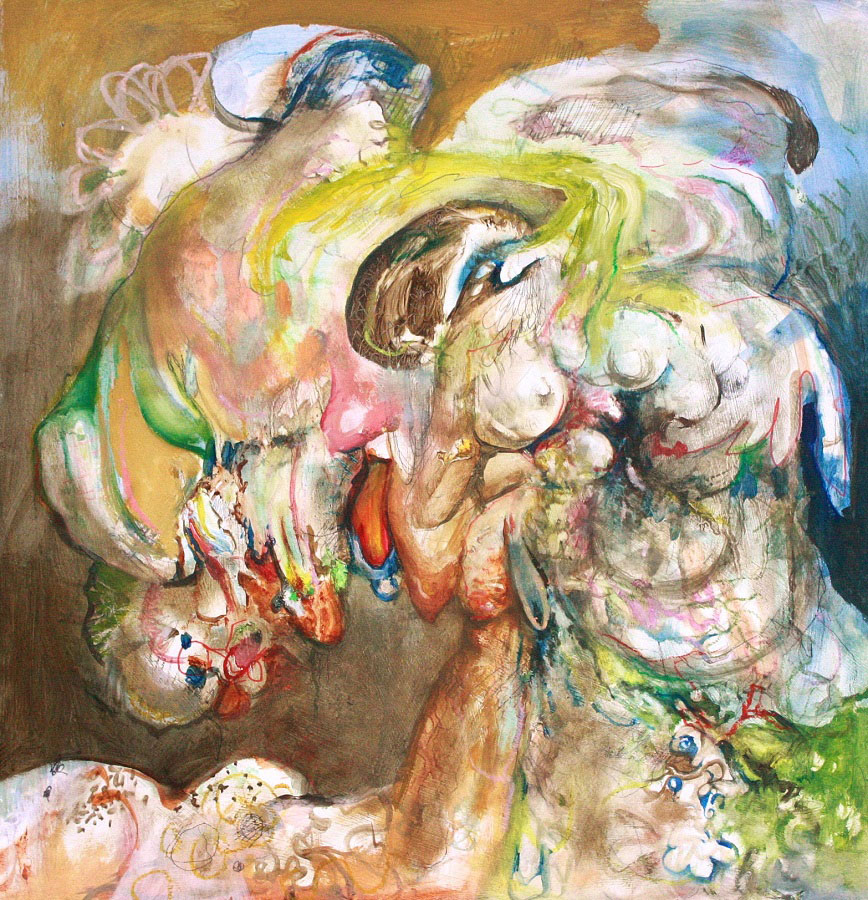 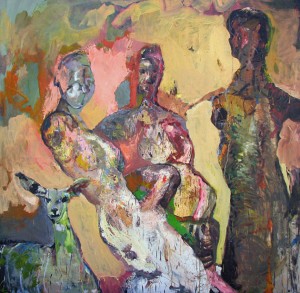 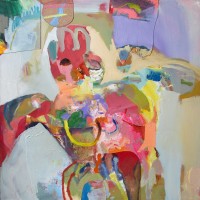 James Oberschlake - Listener, Oil and collage on board, 12 x 12 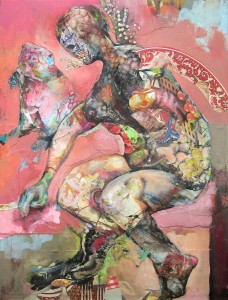 James Oberschlake - Bestial, Oil and collage on board, 16 x 12 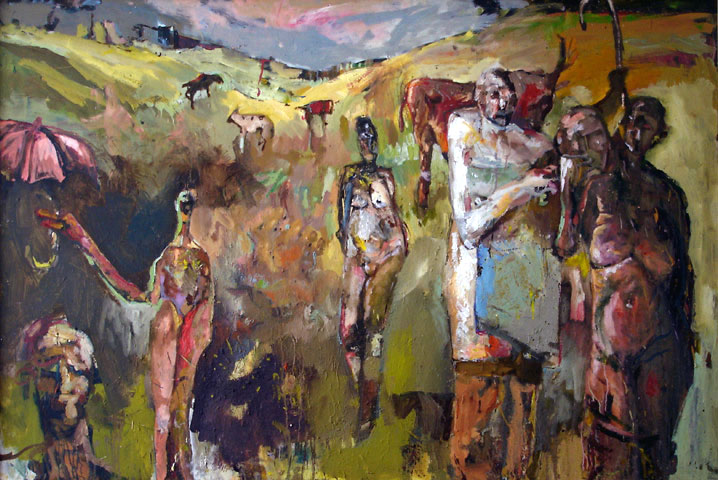 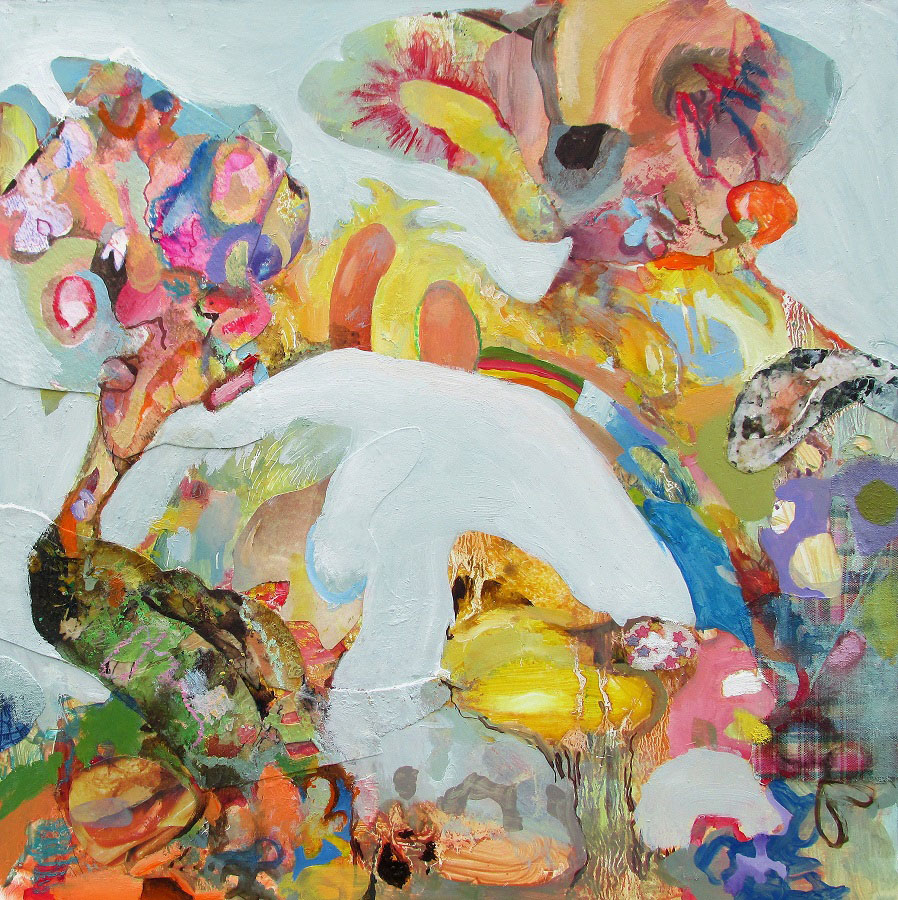 James Oberschlake - Meet Me in the Middle, Oil and collage on board, 12 x 12 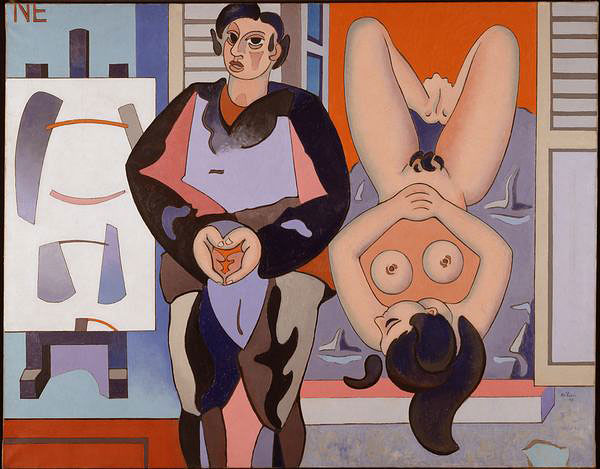 Born in Normandy, France on April 21, 1904, Jean Hélion is recognized as one of the leading abstract painters in Europe during the 1930’s. Hélion moved to Paris in 1921 where he worked as an architectural apprentice until deciding to become a painter in 1925. He became a member of the Groupe Art Concret in 1929 and co-founded Abstraction Creation in 1931 – an international association of artists who advocated pure abstration.

Hélion moved to the United States (New York, and Virginia) in 1936 and continued his abstract work until 1939 when (much to his admirer’s disappointment) he began to paint in a figurative style.

Hélion returned to Paris in 1940 to serve with the Armed Forces.  During this time, he was taken prisoner and help captive until 1942 when he managed to escape.  He published a book on his WWII experiences called “They Shall Not Have Me” in 1943.

Hélion returned to America for a short period but then went back to Paris in 1946 where he continued his work painting scenes of everyday life.  When asked by a journalist about his abandonment of abstract art, he said the war was an influence on his return to figurative painting. And that “A man who has been locked up for a few years knows the value of reality”.⑴

Jean Hélion made Paris his home until his death on October 27, 1987.  Today, his works can be seen at the MOMA and other galleries in the US, as well as the Tate Gallery in London and many Museums in France. 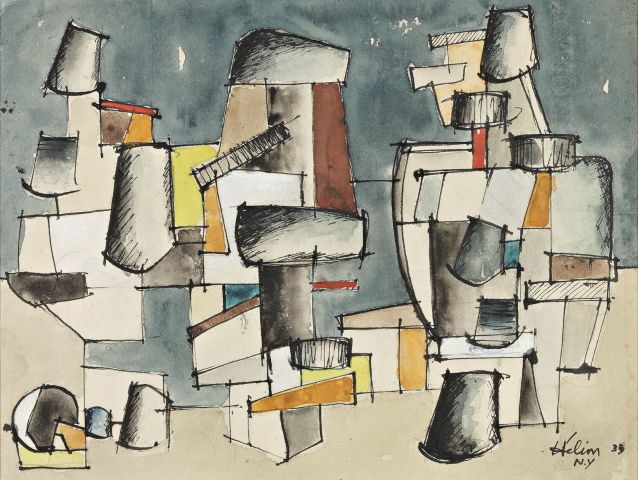 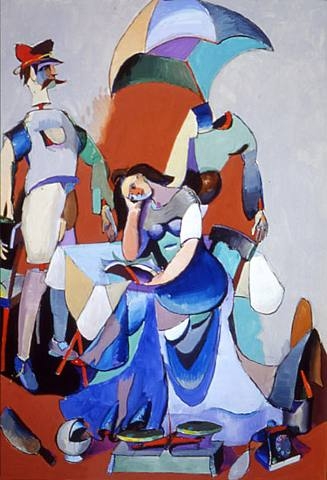 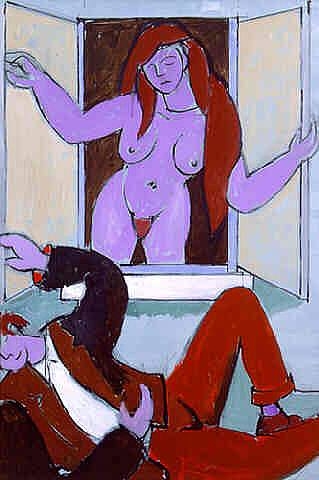 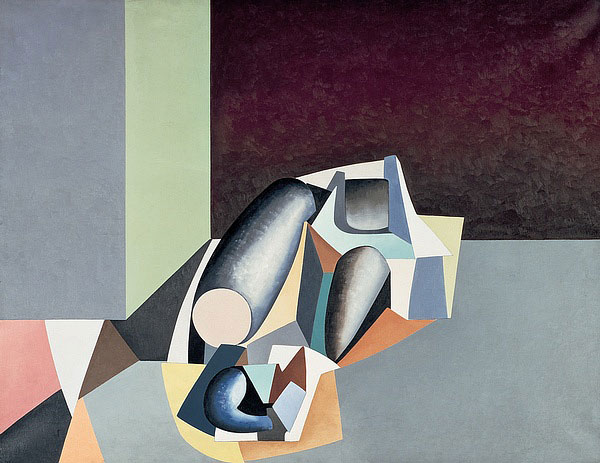 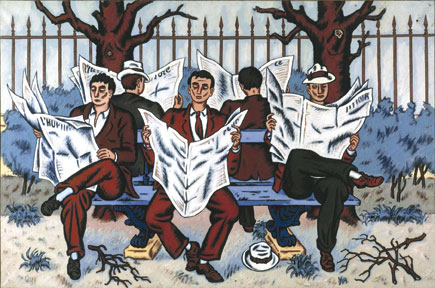 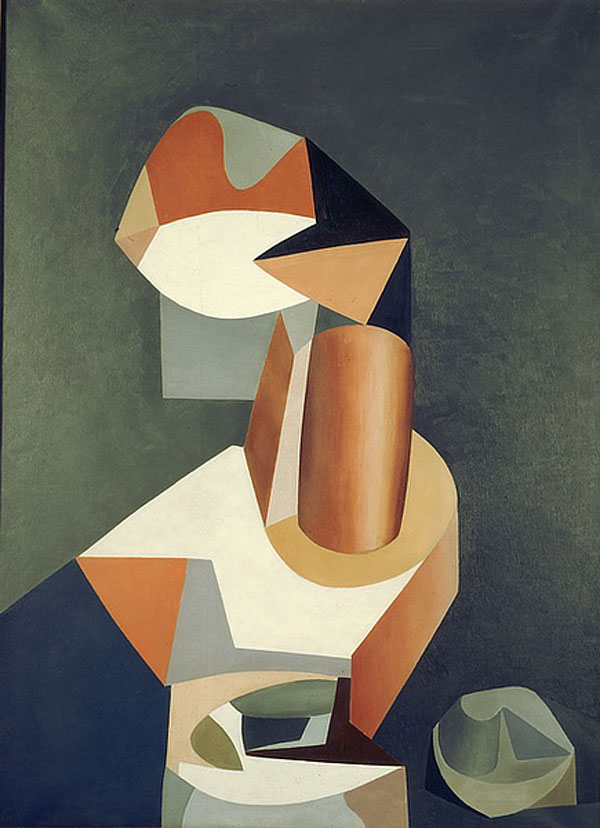 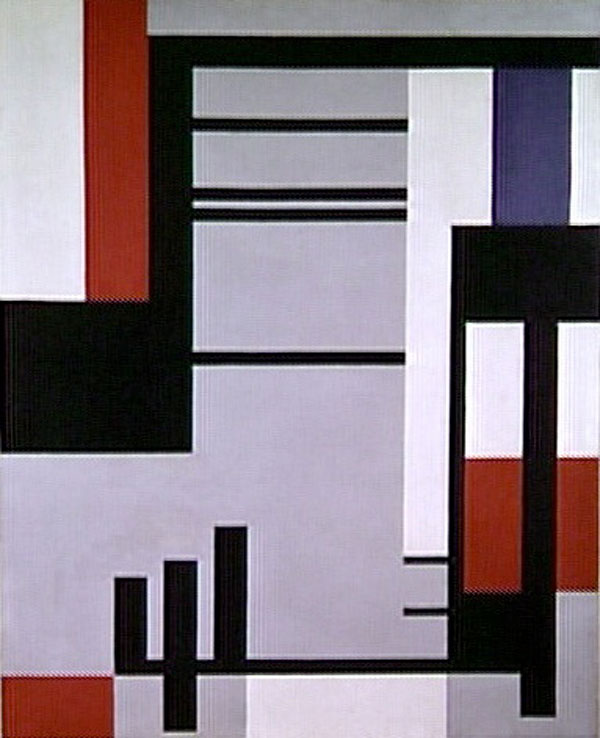 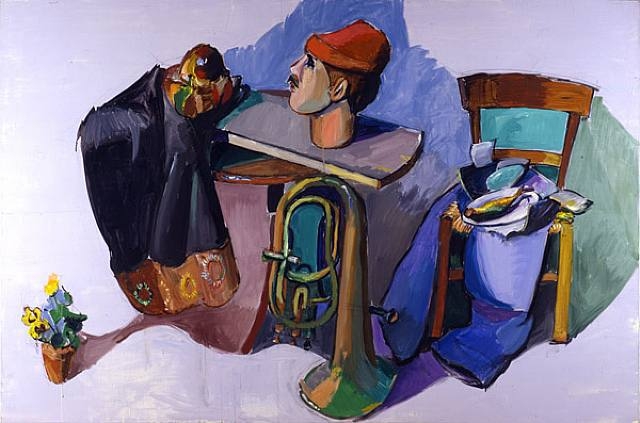 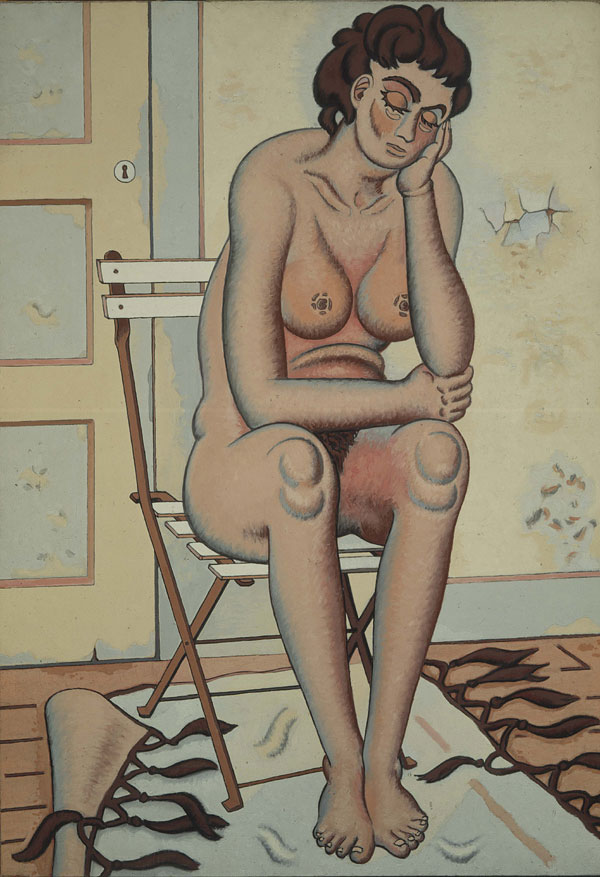 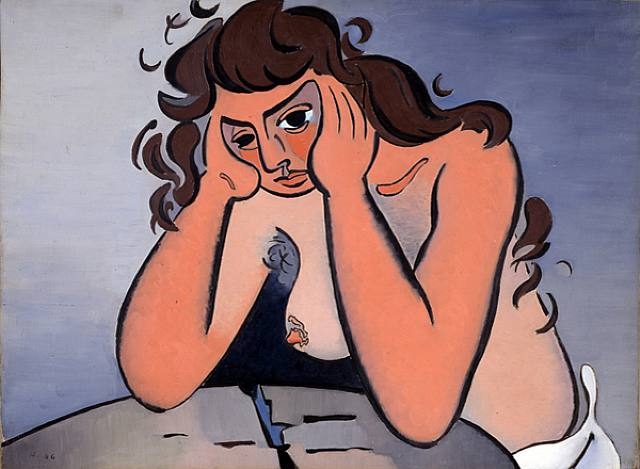 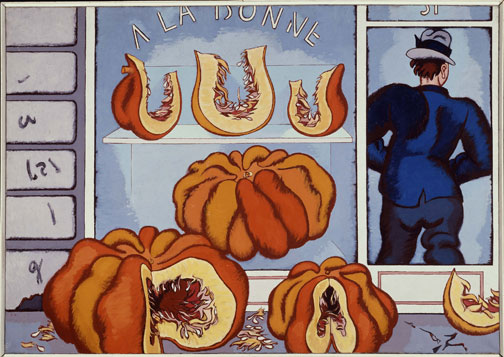 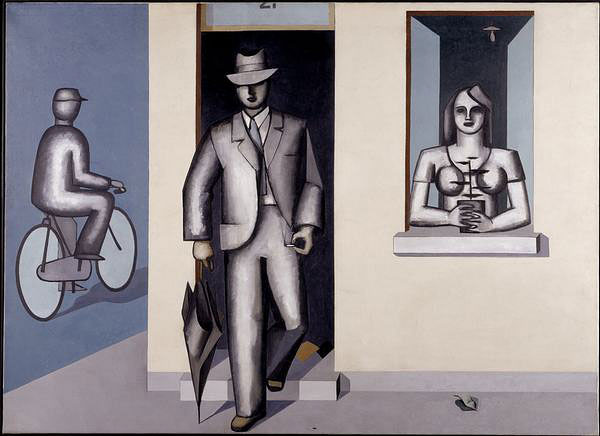