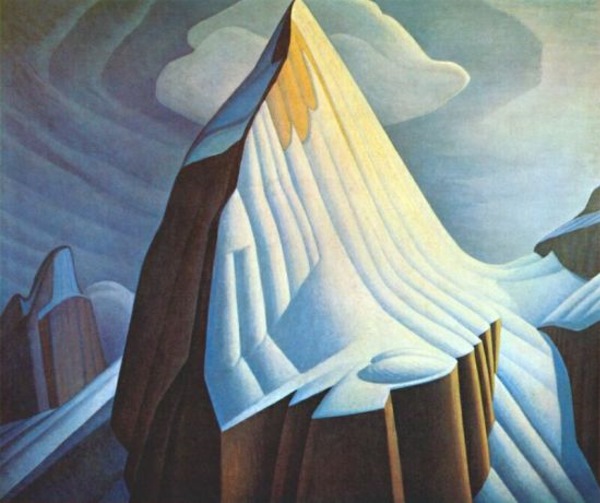 Born on October 23, 1885 in Brantford, Ontario, Canada, Lawren Stewart Harris is widely credited for the formation of the well known Canadian collective called the Group of Seven. Harris grew up in a privileged, conservative, and religious family. His family’s wealth enabled him to focus on painting from an early age and from 1904-1908, he studied painting in Berlin, Germany.  He returned to Canada to serve in the army and taught musketry at Camp Borden training facility in Ontario.

Harris married Beatrice (Trixie) Phillips in 1910 with whom he had three children. In 1911, he met and became friends with J.E.H. MacDonald and the pair formed the Group of Seven. In 1913 Harris and MacDonald saw an exhibition of Scandinavian art in Buffalo, New York and under this influence, he started producing landscape oil paintings. Along with Dr. James MacCallum, Harris financed what was known as The Studio Building in downtown Toronto where the artists could work and live. Other artists in the Group of Seven included Arthur Lismer, A.Y. Jackson, Frank Johnston, F.H. Varley, and Frank Carmichael.

Between 1918 and 1921, Harris organized the now famous boxcar trips to Algoma, Ontario. The last of these trips took place in 1921, when Harris and A.Y. Jackson went to the North Shore of Lake Superior. It was here that Harris encountered the stark and bare landscape would become the inspiration for his new direction of his work. Harris was passionate about the North Shore and returned annually for the next seven years. It is here that he developed the style he is best known for –  “characterized by rich, decorative colours that were applied thick, in painterly impasto.”

In 1920, the Group of Seven held their first exhibition and in their time,  dominated the Canadian art scene.  A.Y. Jackson claimed: “Without Harris there would have been no Group of Seven. He provided the stimulus; it was he who encouraged us to always take the bolder course, to find new trails.”

In 1924, Harris traveled to the Rocky Mountains and returned annually for the next three years. In 1930, his landscape paintings became simplified as he sailed with A.Y. Jackson aboard a supply ship in the Arctic.

In 1934, Harris divorced his wife and married Bess Housser, whom he had fallen in love with 20 years earlier.  He and Bess moved to New Hampshire where Harris was the artist in residence at Darmouth College. In 1938 they moved to Santa Fe, New Mexico, where he worked with Dr. Emil Bisttram, leader of the Transcendental Group of Painters, which Harris helped found in 1939.  In 1940, the couple moved permanently  to Vancouver, Canada where Harris continued to explore “abstraction inspired by the rhythms of nature.”

Harris was interested in philosophy and eastern thought and was involved in Theosophy.  His “belief in theosophy was intimately linked to his development as a nonobjective artist. Through abstract paintings, many of which use forms from landscape, he sought to portray a binding and healing conception of the universe – to make the sublime visual. His paintings have been criticized as being cold, but in fact they reflect the depth of his spiritual involvement.”

In 1969 Harris was made a Companion of the Order of Canada. He died in Vancouver on January 29, 1970 and is buried in the small cemetery on the McMichael Gallery grounds in Kleinburg, Ontario, where many of his works are held.

To learn more about Lawren Harris, visit the source links below the image gallery. 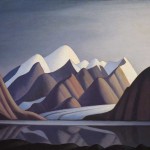 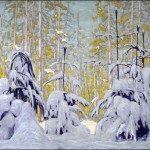 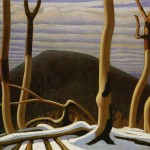 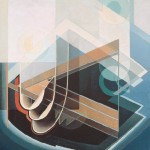 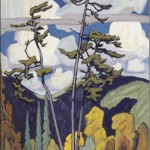 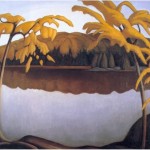 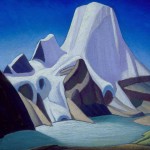 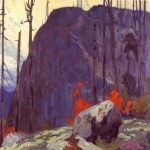 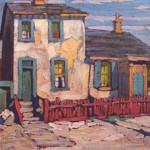 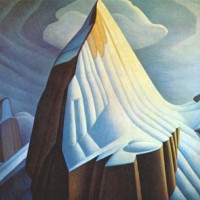 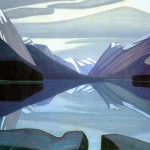 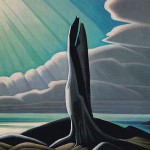