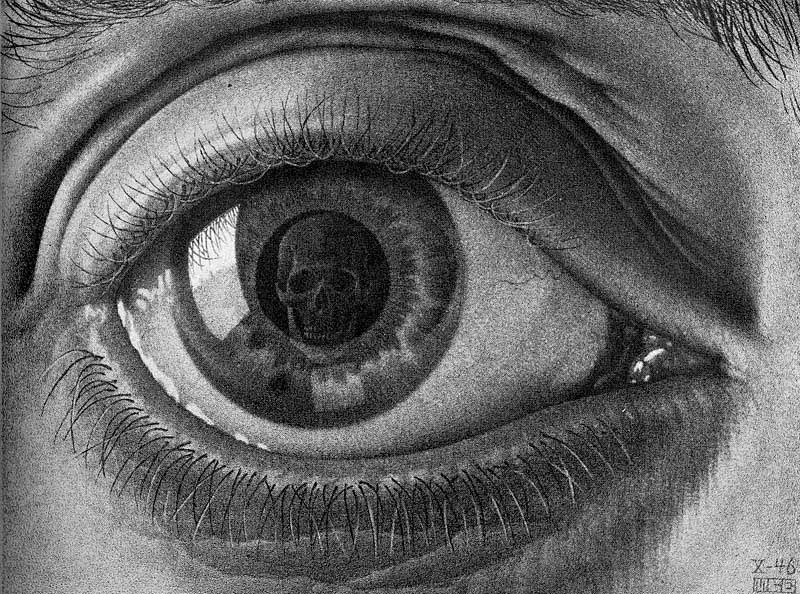 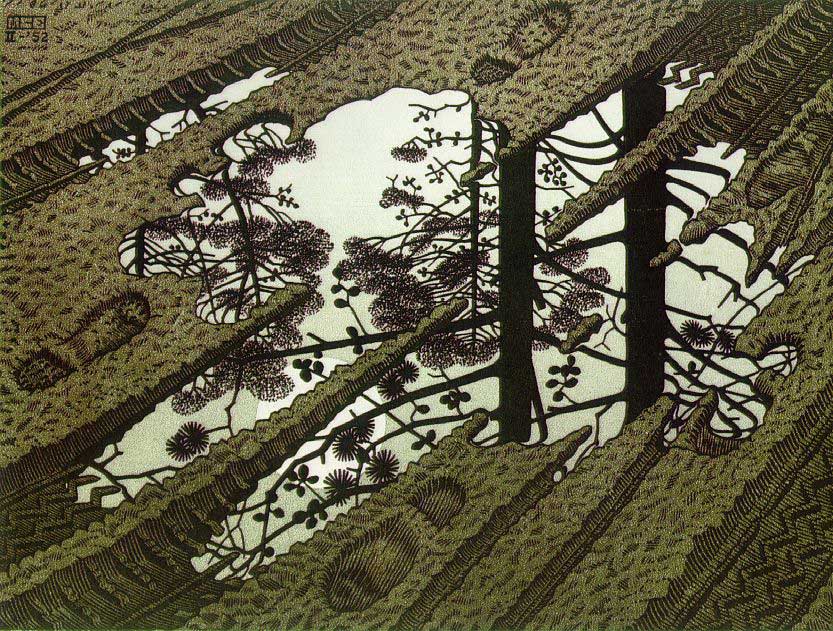 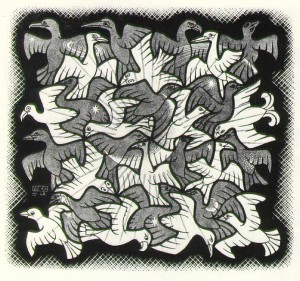 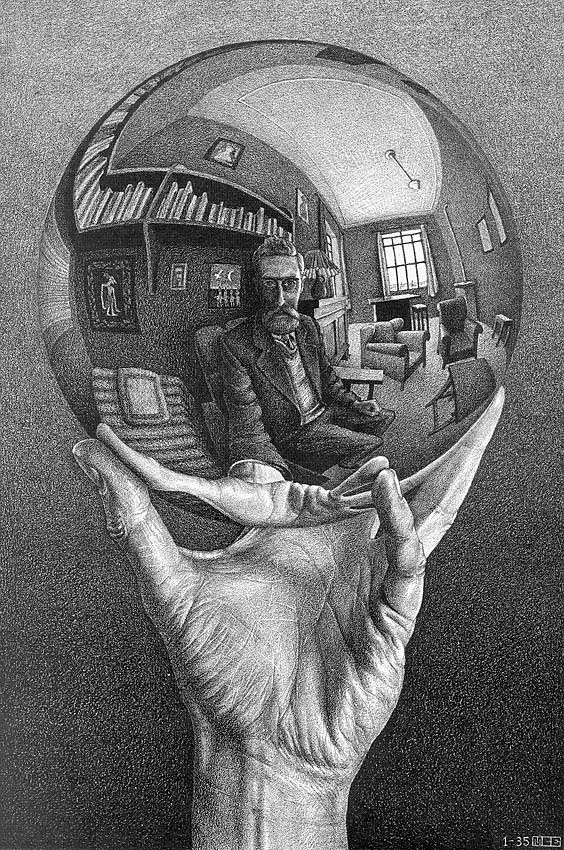 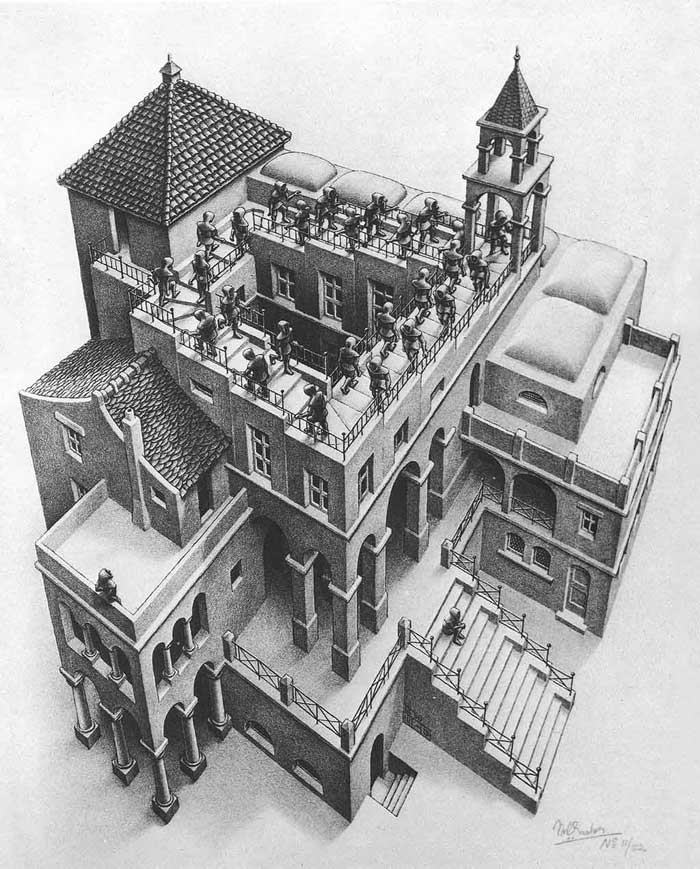 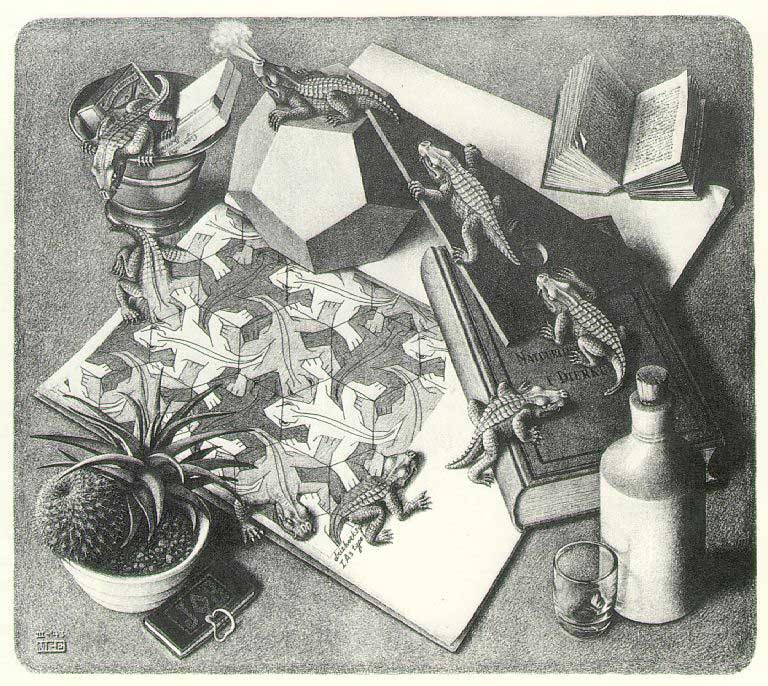 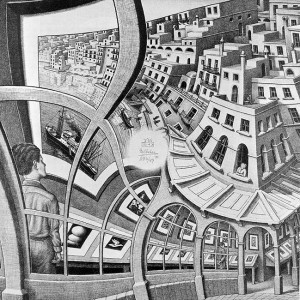 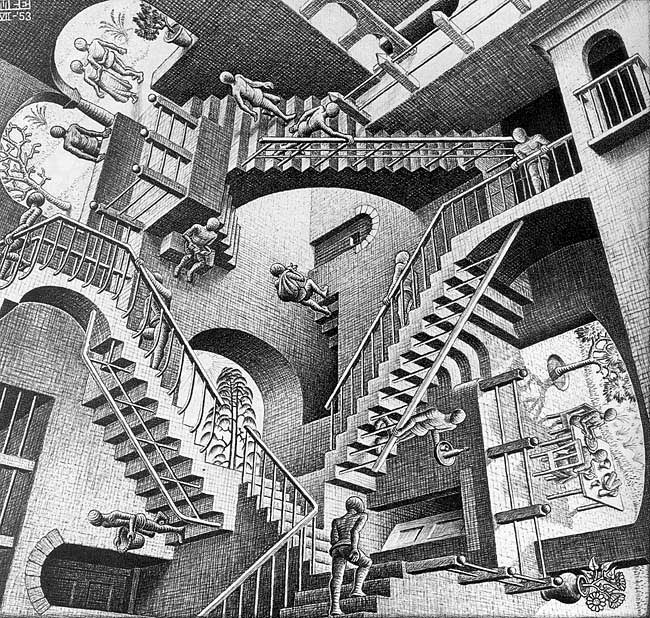 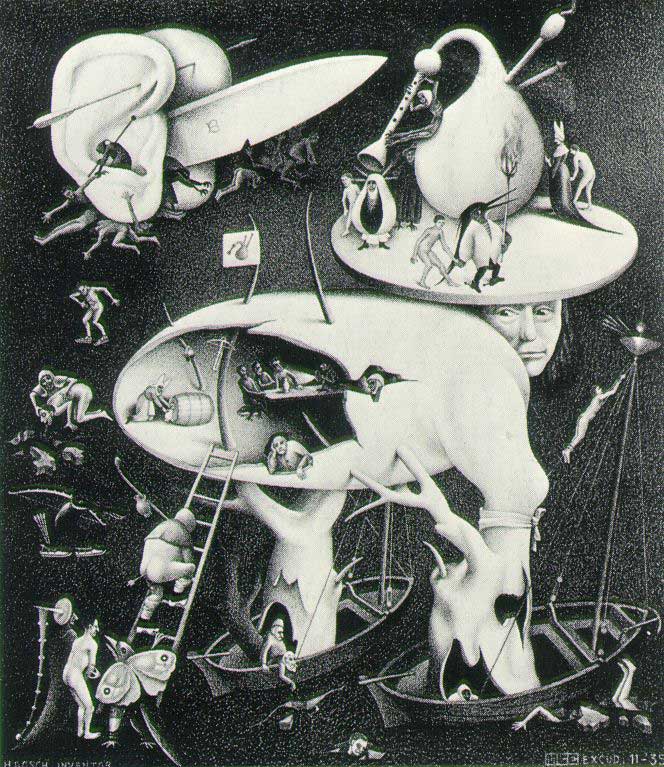 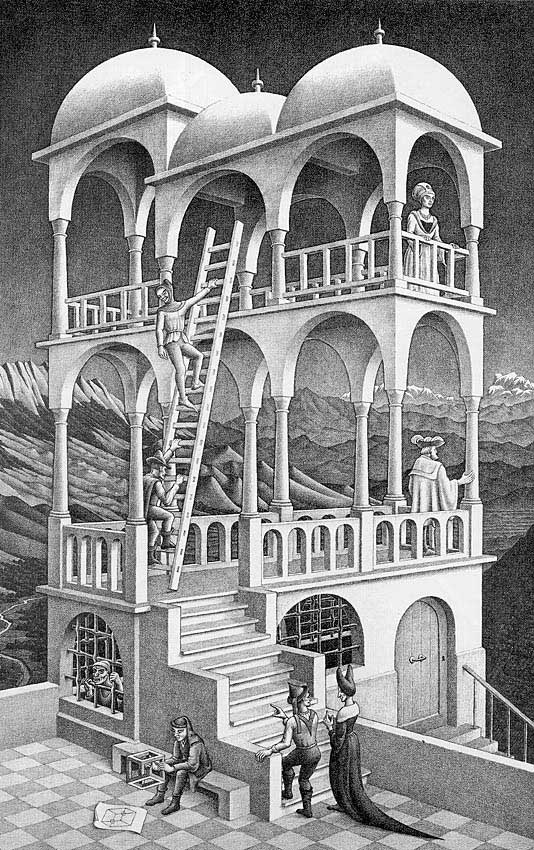 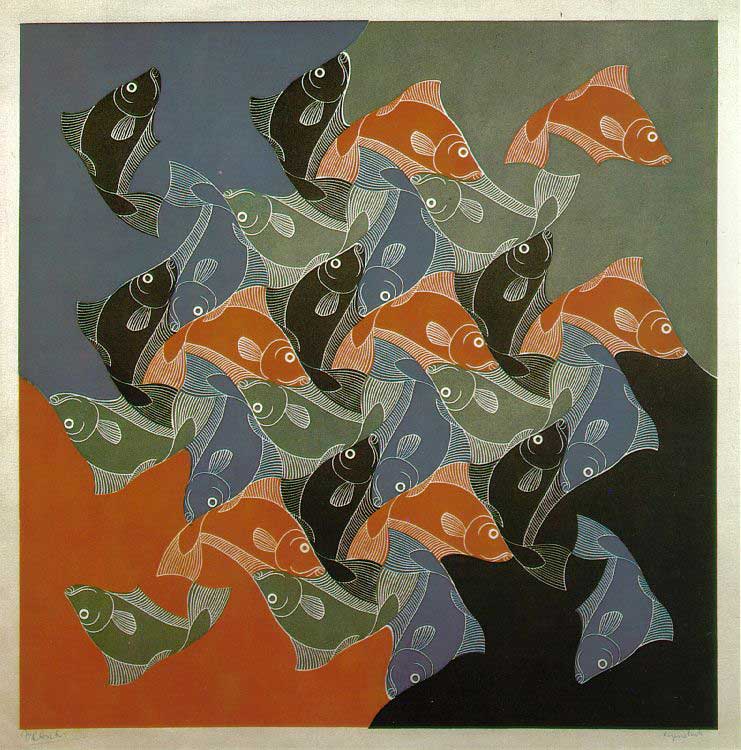 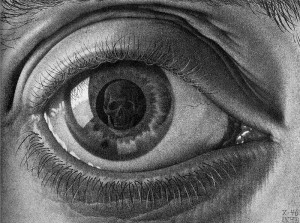 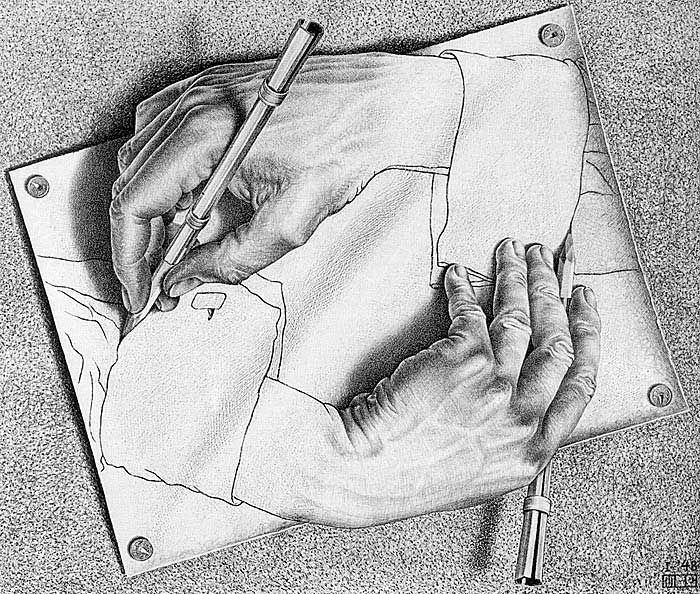 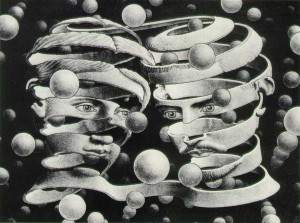 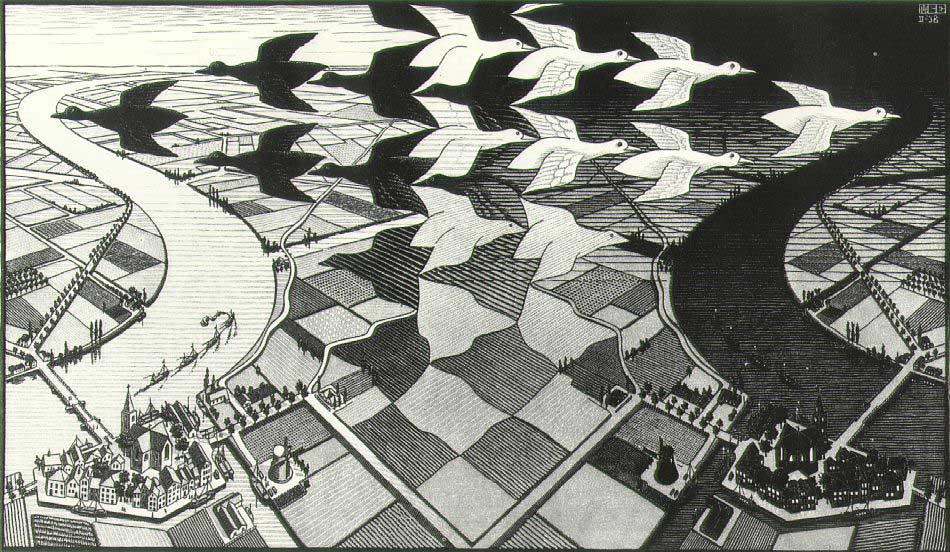 1. Considered a pioneer in modernism, Romanian artist Constantin Brâncuşi‘s sculpture “Bird in Space” was the cause of a court battle in 1926-27 when US customs officials refused to believe that bronze piece was art. They imposed the tariff for manufactured metal objects, 40% of the sale price or about $230 dollars.  Marcel Duchamp (who brought the sculptures from Europe), American photographer Edward Steichen (who was to take possession of Bird in Space), and Brâncuşi were furious. Under pressure from the press and artists, U.S. customs agreed to rethink their classification of the items, but until then released the sculptures on bond under “Kitchen Utensils and Hospital Supplies.” (Wikipedia)

2. In the movie Inception, The “Penrose Stairs” (with a woman perpetually picking up papers) is a reference to a lithograph print by the Dutch graphic artist M.C. Escher. First printed in 1960, the drawing is usually called “Ascending and Descending” or “The Infinite Staircase”.  Escher is well-known for his drawings exploring optical illusions and real architectural, mathematical, and philosophical principles rendered in fantastical ways. (IMDB)

3. The Mona Lisa by Leonardo da Vinci may contain hidden code. Art historians are investigating a real life “Da Vinci Code” style mystery after discovering tiny numbers and letters painted into the eyes of the Mona Lisa. Members of Italy’s National Committee for Cultural Heritage have revealed that by magnifying high resolution images of the Mona Lisa’s eyes letters and numbers can be seen. Silvano Vinceti, president of the Committee said, “You have to remember the ­picture is almost 500 years old so it is not as sharp and clear as when first painted….From the preliminary investigations we have carried out we are confident they are not a mistake and were put there by the artist.” (Daily Mail UK)

4. The well known saying “15 Minutes of Fame” was coined by Andy Warhol. The expression is a paraphrase of a line in Warhol’s exhibition catalog for an exhibit at the Moderna Museet, in Stockholm from 1968. The catalog read, “In the future, everyone will be world-famous for 15 minutes.” In 1979 Warhol stated his claim, “…my prediction from the sixties finally came true: In the future everyone will be famous for 15 minutes.” Becoming bored with constantly being asked about this particular statement, Warhol attempted to confuse interviewers by changing the statement variously to “In the future 15 people will be famous” and “In 15 minutes everybody will be famous.” As it turns out, with the rise of celebrity culture, reality TV, YouTube, and the internet, Warhol’s statement has been quite prophetic. (Wikipedia)

5. Paul Cézanne rarely considered his paintings finished. His friend and dealer Ambroise Vollard observed that “when Cézanne laid a canvas aside, it was almost always with the intention of taking it up again, in the hope of bringing it to perfection.” One consequence of this was that Cézanne rarely signed his or dated his works making it difficult to determine the chronology of his works. (Princeton)