Born in Chicago in 1951 and raised mostly on the East coast, Julie Speed is a “quirky neo-Surrealist whose inspirations range from old master and Mughal painting to the 20th-century artist, John Graham.” (New York Times)

Speed dropped out of Rhode Island School of Design in the early 1970s and began a period of travel. During this time, she worked intermittently as a house-painter, horse-trainer, stock-boy, and farm worker,  eventually settling in Texas in 1978. Since then she has devoted herself to painting full time.   “I keep hours just like a real job, only longer, and in my spare time I read books, drink tequila, garden, and drive around West Texas.” In 2006 she decided that just driving around West Texas wasn’t enough so she moved from Austin to Marfa where she has a studio downtown. 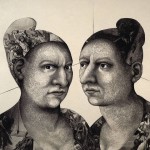 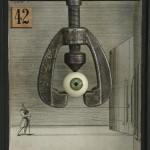 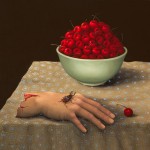 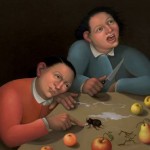 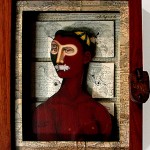 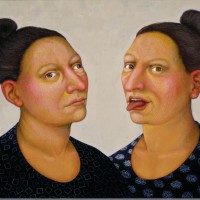 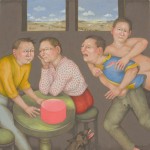 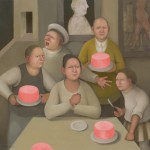 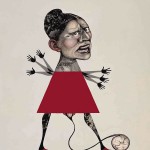 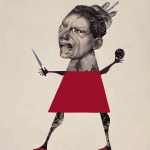