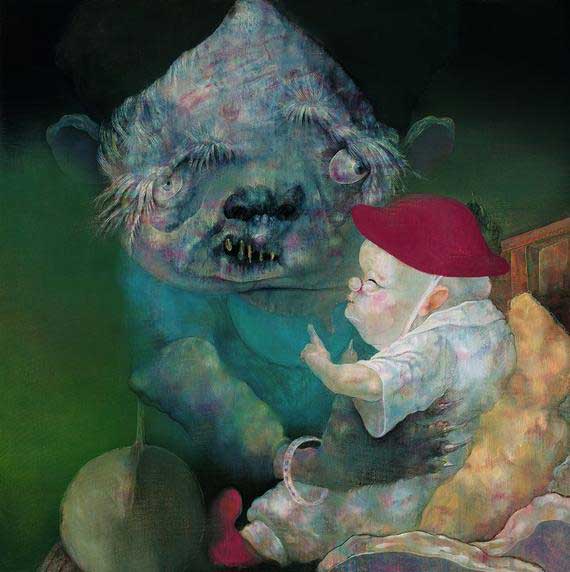 “Chinese painter Qiu Jiongjiong’s experiences growing up have made him something of an eccentric in the art community: he began painting at age two, at three he began performing local opera (his grandfather was a famous Sichuanese Opera performer). He established his dream of being an artist when he was young, then at 18 years old, he resigned school to devote himself full-time to art.

Abundant experience in the “school of life” have given Qiu Jiongjiong’s works a depth that is unusual for artists of his age. Some of his most favored subjects include portraits and, oddly, cured meats. In his portraits, we see the faintly discernable shape of a jocular face peers out from a layered and mottled canvas. He has completely abandoned average portraiture techniques in favor of slightly exaggerated deformations and obscure brush strokes that create haziness between the subject and the viewers.” (Bio from Star Gallery) 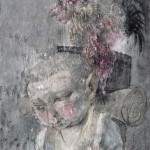 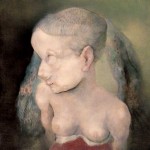 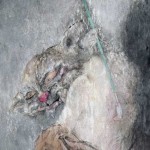 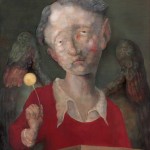 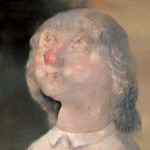 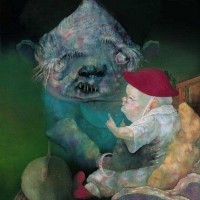 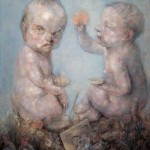 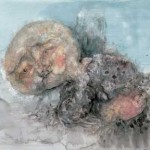 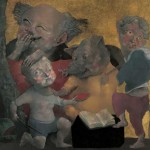