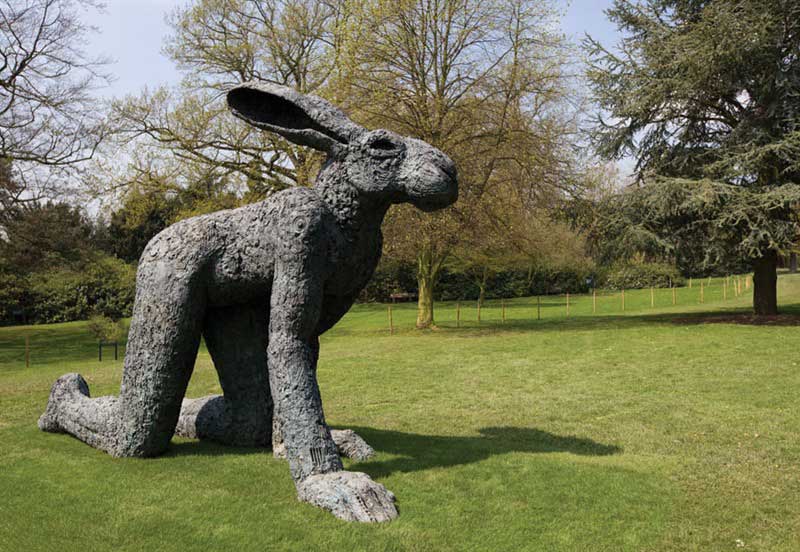 “Individual animals and groups of them, fashioned in wire and in bronze, some realistic and some fantastical, have featured in Ryder’s sculpture and colourful collages since her student days. Her technique of manipulating and winding metal wire to shape her creatures is physically demanding, but it endows her beasts with great dynamism. Human attributes may be found in some of her creatures, but in others innate animal qualities are underlined, particularly in some of the group and pair compositions.

Since 2000 Sophie Ryder has exhibited widely in public exhibitions in the UK, Canada, the United States, Eire, Belgium and the Netherlands. In Europe the spectacular 10 foot wire Torsos was exhibited at The Hague in Holland, sited in an underground chamber. A major show of indoor and outdoor work went to the Veranneman Foundation in Belgium. Shows in North America included substantial exhibitions in Montreal and Vancouver and recently Sophie participated at the Arts Festival in Carlow, Ireland.” (from Sculpture.org.uk) 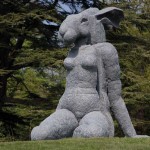 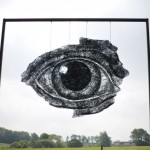 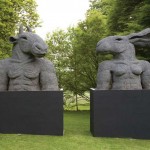 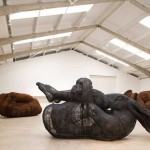 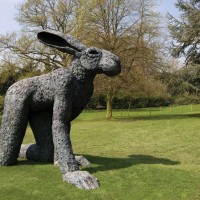 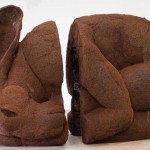