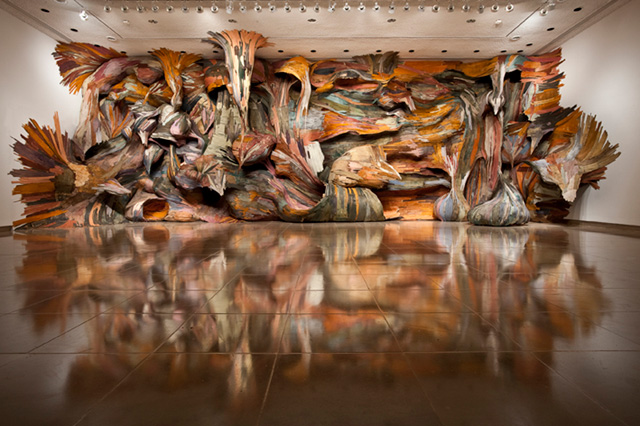 Born in Ourinhos, Brazil in 1973, Henrique Oliveira has a BFA in painting and a Masters in Visual Poetics from the University of São Paulo, Brazil.

Oliveira’s installations that he calls “tridimensionals” are huge constructions that combine sculpture, painting and architecture.  Often supported by walls and using PVC tubing, he creates his installations by arranging countless pieces of painted flexible plywood that he finds mostly on the streets of São Paulo.

As a student, Oliveira was looking for new ways to bring texture to his paintings when he noticed the deterioration of a wood fence (tapumes in Portugese), on a construction site.  The wood, open to weather and other elements, separated into multiple layers and colours that reminded him of the painting process and of brush strokes. Oliveira gathered the fence remains from the finished construction and used it to create his first installation.

Oliveira has exhibited in numerous solo and group shows in Brazil and the United States. He currently lives and works in São Paulo. To see more of Oliveira’s work, including his traditional paintings, visit HenriqueOliveira.com. There is also a great video on YouTube from the Rice Gallery where the artist explains his process. 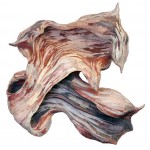 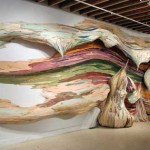 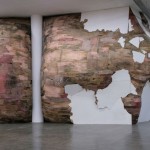 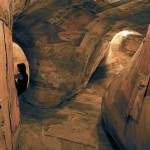 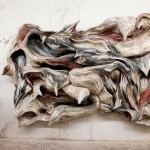 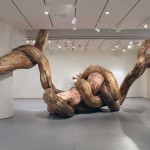 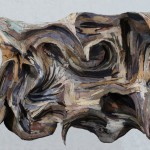 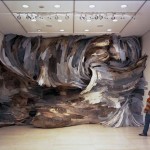 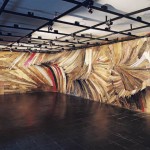 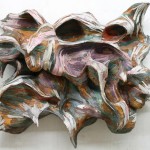 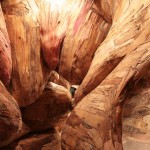 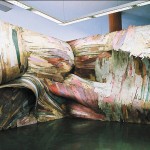 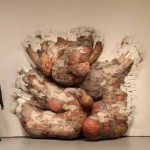 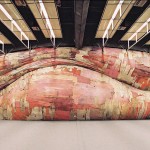 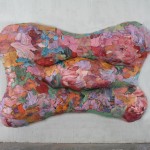 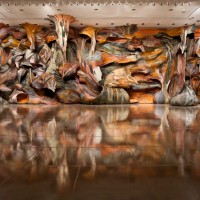 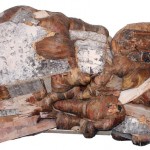 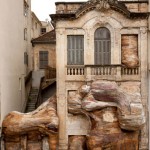