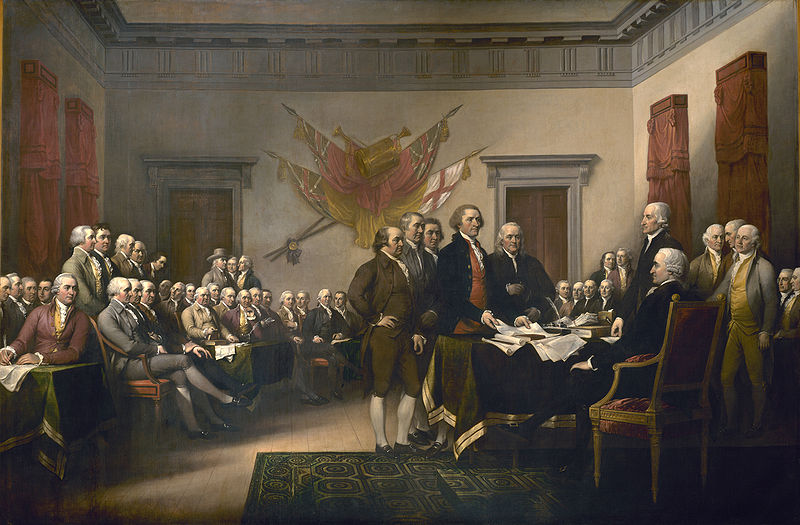 Happy Fourth of July to all my American friends out there! Today, I thought it appropriate to write a post on a prominent artist during the time of the American Revolution.

One of the first important American painters, John Trumbull was born on June 6, 1756, in Lebanon, Connecticut. The son of a Governor, Trumbull aspired to be a painter against his father’s wishes and was sent instead to study at Harvard University.  Trumbull graduated from Harvard in 1773 and in 1775 he enlisted as an aide-de-camp to George Washington, where he drew strategic maps for the Revolutionary War.

In 1777, Trumbull resigned to pursue his art studies in Boston. In 1780 he traveled to London and studied under Benjamin West, who encouraged him to paint images of the War of Independence and miniature portraits. After completing several more paintings in London, Trumbull returned home in 1789 to paint portraits of American generals and prominent figures.

Trumbull traveled to London again in 1794 where he married Sarah Hope Harvey in 1800.  They returned to New York in 1804 but then moved back to England in 1808 where they remained until 1816.  Trumbull was president of the American Academy of the Fine Arts from 1816 to 1825.

Later in life, Trumbull agreed to sell his paintings to Yale University in exchange for a lifetime annuity.  He eventually settled in New Haven and published his well-known autobiography two years before his death on November 10, 1843. He was originally buried (with his wife) beneath the Yale University Art Gallery at the foot of his portrait of George Washington. In 1867, his collection and remains were moved to Street Hall.  Part of the inscription on his tomb read “To his Country he gave his SWORD and his PENCIL”. 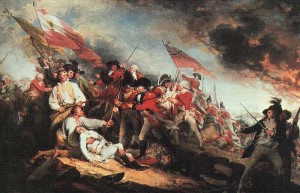