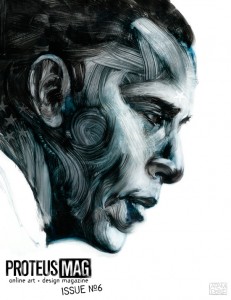 In honour of Barack Obama’s birthday today, I’m dedicating this post to the artwork that was and still is inspired by this U.S. President.

Obama’s 2008 presidential campaign was well known for inspiring art, including the now famous “Hope” poster by Shepard Fairey  which currently has a home in the National Portrait Gallery in Washington. Now, months after his historic win, production of  “Obama art” is still going strong.  Professional and amateur artists alike can be found showing and selling their works on websites such as Ebay, obamaartreport.com, artofobama.com, badpaintingsofbarackobama.com, and others.

As well, in the fall of 2009, Abrams Image will publish “Art for Obama: Designing Manifest Hope and the Campaign for Change”. The 184 page book will feature 150 illustrations by artists including Ron English, David Choe, and  Maya Hayuk. The book will be edited by Shepard Fairey and Jennifer Gross and all profits will benefit the nonprofit organization Americans for the Arts.

One might wonder why Obama art is so popular, even after the campaign.  Well, I’m not American and can’t say for sure, but I do have some thoughts. For voters, perhaps it is that Obama represents a vision of hope,  of change, and alternative ideas about democracy and war –  a vision of what America could be.  For artists, it may also be that Obama  actually has a platform in support of the arts and arts education including increased funding for the NEA (National Endowment for the Arts).

Whatever the reasons, it seems Obama inspired art is here to stay. Happy birthday Mr. President!