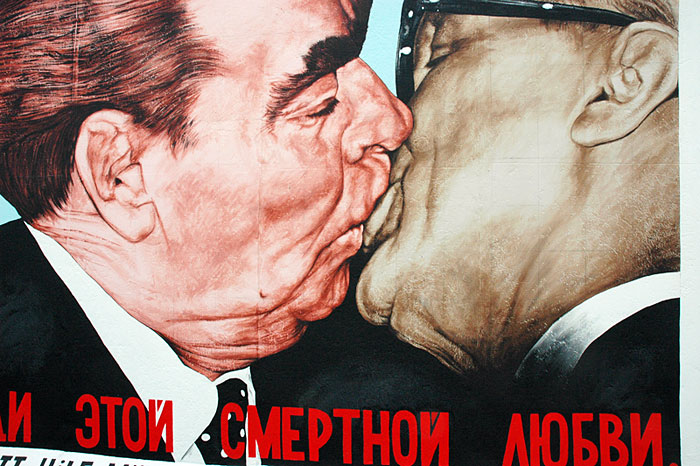 On November 9, 2009, Berlin will celebrate the 20th anniversary of the fall of the Berlin Wall. Numerous events are going on around the city including the restoration of the East Side Gallery – a 1.3km long section of the wall located along the bank of the Spree River. Initially created in 1989/1990, the wall is a memorial for freedom and is thought to be the largest open air gallery in the world, containing about 106 paintings by artists from all over the world.

Over the last 2 decades, time, weather, pollution, and vandals have taken their toll and the wall has been crumbling and the paint peeling and fading.  Since early 2009, almost 90 artists have worked to repaint their original creations, restoring it to it’s former glory.

The painted wall “is a document that allows future generations to picture for themselves … what the wall meant,” Mayor Klaus Wowereit said at an inauguration ceremony.

The artists “have conveyed a second time their genuine euphoria from 1990,” said Kani Alavi, who heads the East Side Gallery Artists’ Association and was a driving force behind the restoration. “Twenty years after the fall of the wall, the East Side Gallery stands for democracy and human rights”.

The wall is a popular tourist attraction and the Berlin City Government contributed more than 2 million euros to help fund the restoration. 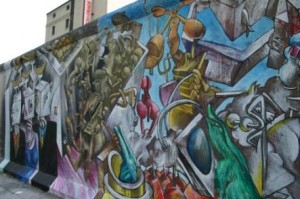 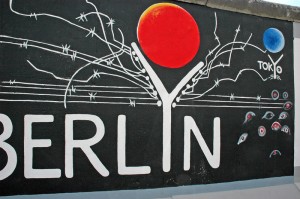 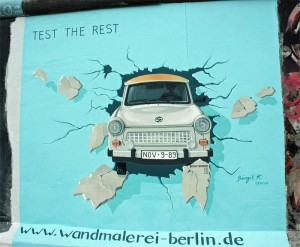 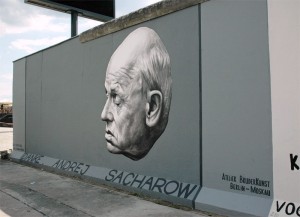 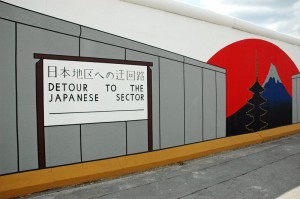 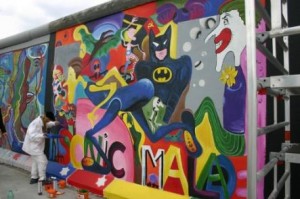 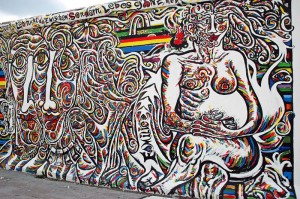