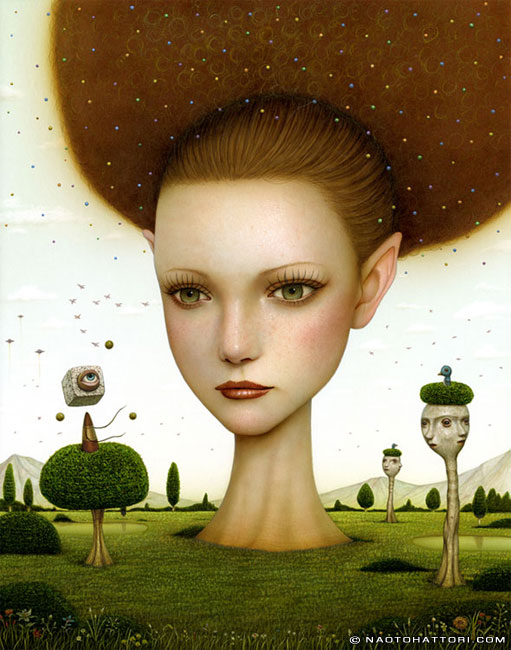 Today’s surreal images are by Japanese born painter Naoto Hattori. Naoto studied graphic design in Tokyo before moving to New York to study at the School of Visual Arts where he received his Bachelor of Fine Arts in illustration in 2000. As well as painting, he works in editorial, CD and book covers, flyers, posters, skateboard and snowboard design.

Hattori has received awards from the Society of Illustrators and the New York Directors Club and has been featured in publications such as Juxtapoz, Spectrum, Airbrush Action, and others.  He has exhibited at numerous galleries across the United States including Fuse and Roq la Rue. 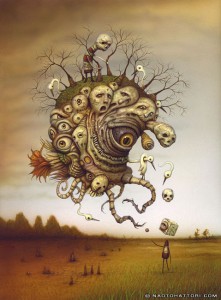