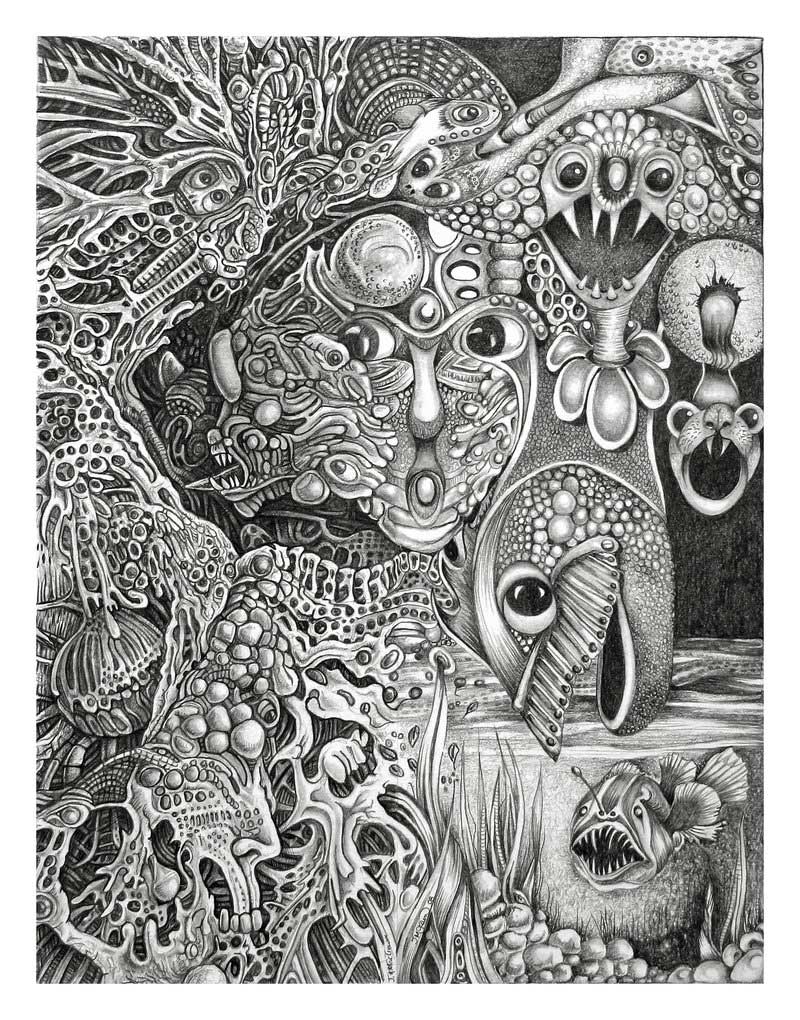 This week’s Deviant is not a single artist but the Exquisite Corpse surreal art collaboration group on Deviant Art.  “Exquisite corpse (also known as “exquisite cadaver” or “rotating corpse”) is a method by which a collection of words or images is collectively assembled, the result being known as the exquisite corpse or cadavre exquis in French. Each collaborator adds to a composition in sequence, either by following a rule (e.g. “The adjective noun adverb verb the adjective noun“) or by being allowed to see the end of what the previous person contributed.”

“The technique was created by Surrealists and is similar to an old parlour game called Consequences in which players write in turn on a sheet of paper, fold it to conceal part of the writing, and then pass it to the next player for a further contribution. Surrealism principal founder André Breton reported that it started in fun, but became playful and eventually enriching. Breton said the diversion started about 1925, but Pierre Reverdy wrote that it started much earlier, at least before 1918.” (Wikipedia) 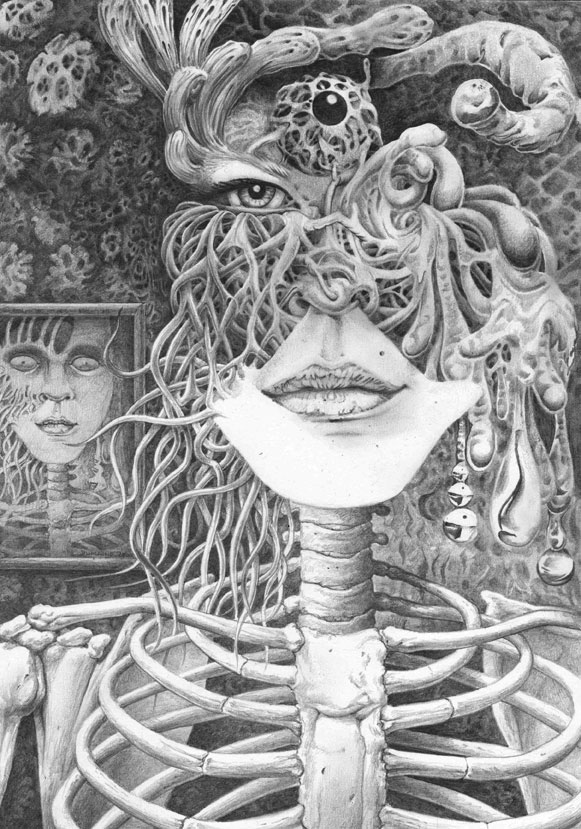