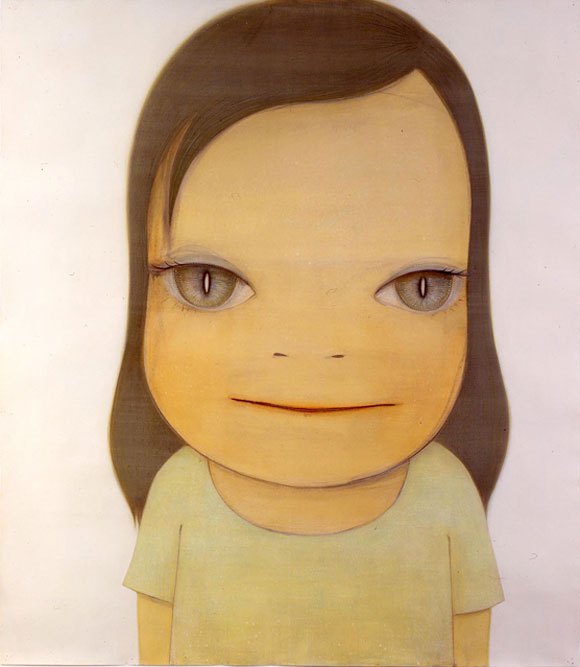 is a widely known Pop Artist whose paintings, sculptures, and drawings have gained a cult following around the world.

Raised in the country by working parents, Nara was a “latch-key kid” who was often left alone.  To entertain himself, he read comic books, watched Japanese cartoons, and played with his pets for company.  In  a post-World War II Japan, Nara was also influenced by the influx of Western pop culture icons such as Walt Disney and Warner Bros. animation. Nara has also listed punk rock music, Renaissance painting, literature, illustration, and graffiti as inspirations.

Nara typically paints children with over-sized heads, and big round eyes, that seem harmless but not innocent. The children are usually alone with little or no background.  His “cute”  characters, often have accusatory or simply annoyed expressions, and they sometimes carry weapons. Nara, however, does not see his weapon-wielding subjects as aggressors. “Look at them, they [the weapons] are so small, like toys. Do you think they could fight with those?” he says. “I don’t think so. Rather, I kind of see the children among other, bigger, bad people all around them, who are holding bigger knives…”

Nara has exhibited widely in Japan and around the world . 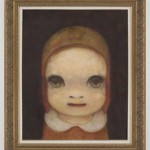 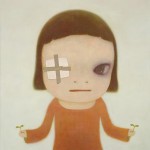 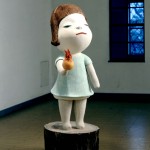 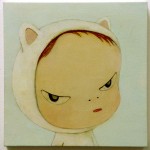 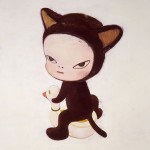 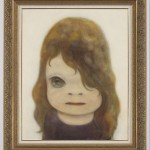 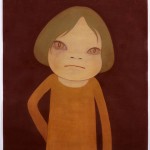 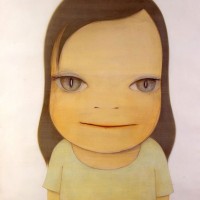 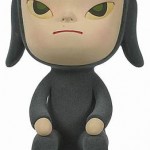