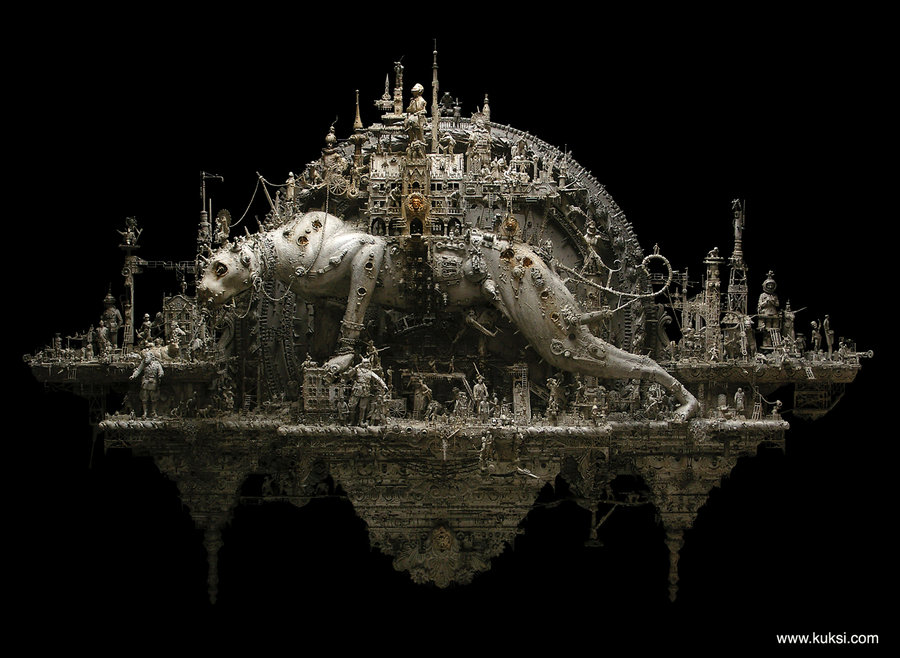 These intricate pieces are by American artist Kris Kuksi. Born in 1973 in Springfield Missouri, Kuksi grew up in Kansas in rural seclusion and isolation.  “Open country, sparse trees, and later alcoholic stepfathers, perhaps paved the way for an individual saturated in imagination and introversion. His fascination with the unusual lent to his macabre art later in life. The grotesque to him as it seemed, was beauty. In adulthood his art blossomed as a breakthrough to personal freedom from the negative environments experienced in youth. He soon discovered his distaste for the typical and popular culture of American life and felt that he had always belonged to the ‘Old World’. In personal reflection, he feels that much of mankind in the World today is elastic and fragile being driven primarily by greed and materialism. He hopes that through his art expose his audience to the awareness of the fallacies of Man. His work has received several awards and prizes and has been featured in over 100 exhibitions world wide as well as featured in international art magazines and fictional book covers.” (bio from Joshua Liner Gallery)

Of his art, Kuksi says, “I get inspired by the industrial world, all the rigidity of machinery, the network of pipes, wires, refineries, etc. Then I join that with an opposite of flowing graceful, harmonious, and pleasing design of the Baroque and Rococo. And of course I add a bit weirdness and the macabre. It’s all about how I see the evolution of what man makes his created environment look like.” 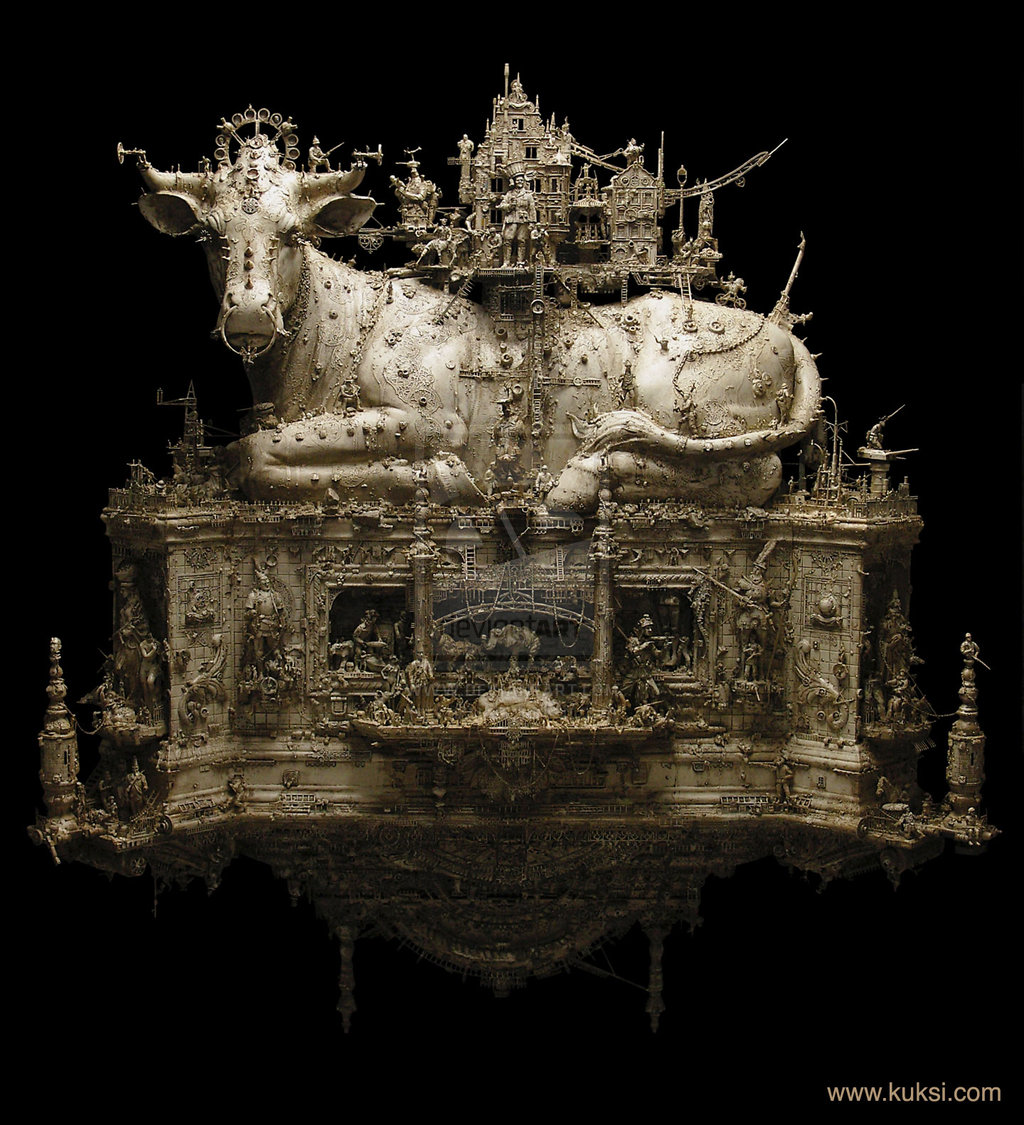