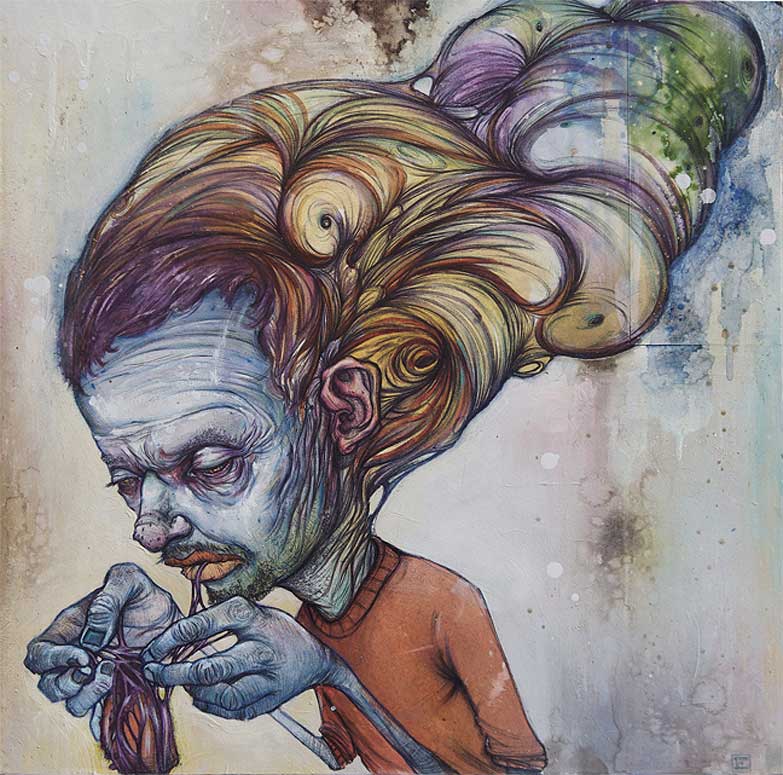 Ekundayo (Dayo) was born in Honolulu, Hawaii in 1983. At the age of 5,  his father snuck him out of the state without his mother’s knowledge, and for seven years Ekundayo and his father moved from place to place living a life on the run. With hopes of finding her son, Ekundayo’s mother helped start Hawaii’s first clearing house for missing children. In 1994, suffering from lung cancer, his father took him to live with his sister in California. In early 1995, his father passed away; Ekundayo was eleven.

While living in California with his aunt and and her family, Ekundayo discovered his love for art. One day he found one of his uncle’s, who wrote for a graffiti crew in L.A. called C.H.B, black books. Ekundayo became obsessed with drawing and copied every page in the book.

Meanwhile, the Department of Justice had located Ekundayo at his sister’s home and returned him to the custody of his mother. Ekundayo went back to Hawaii but his drive to create continued. Shortly after graduating high-school, Ekundayo moved back with his father’s sister and brother in-law in California where he attended Pierce College, practiced his craft, and worked on his portfolio. In 2003, he was accepted into the Art Center College of Art and Design on a scholarship. Ekundayo dropped out after completing his foundation courses in order to create his own path in the fine art world.

“Ekundayo combines both subversive graffiti aesthetics in combination with art-historical erudition using acrylic, gouache, watercolor, ink and various carving techniques. Ekundayo’s work expresses the struggle of life and how those struggles and burdens can either inspire us to change in a constructive way or weigh us down by our own inability to change.”

To see more of Ekundayo’s work, visit Ekundayo.com. There is also a great selection of his work on the Thinkspace Gallery website. 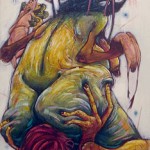 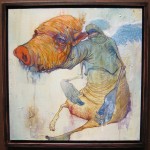 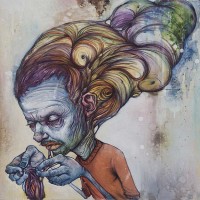 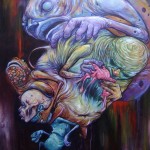