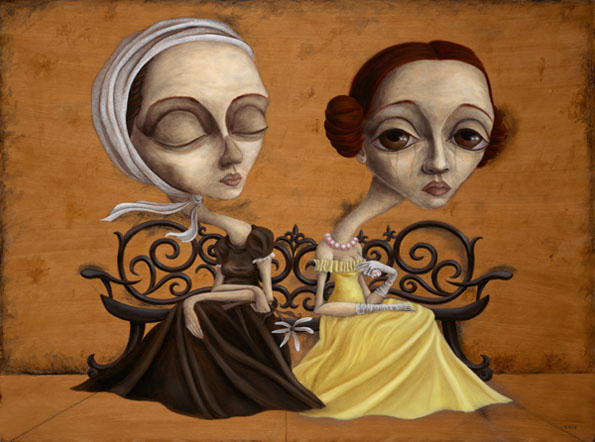 Born in 1980, Brandon Maldonado lives in Albuquerque, New Mexico – an environment that is rich in Hispanic arts and culture. His first artistic inspirations include the fantastical world of Star Wars and the monsters of Michael Jackson’s “Thriller”.  In adolescence, he was influenced by graffiti which can still be seen in his current works. Maldonado has a BA in liberal arts from the College of Santa Fe where his studies focused on world religion and philosophy. He also has an associate’s degree in fine art, however, he  considers himself to be self-taught with his technical development based on independent studies of old masters including Jan Van Eyck and Dominique Ingres. 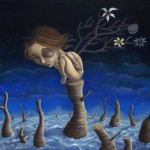 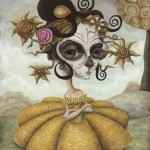 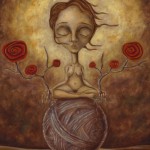