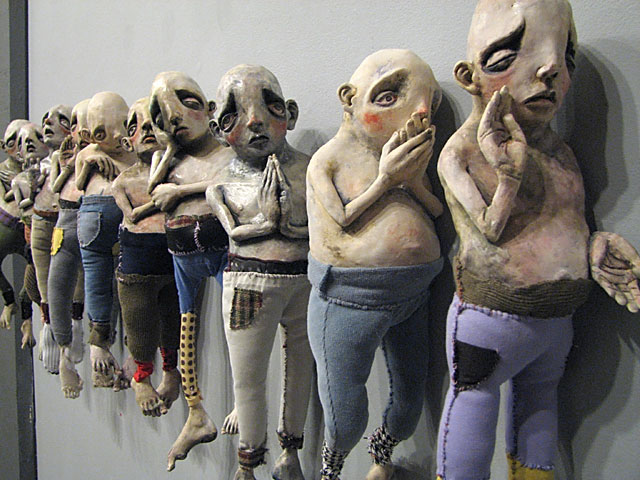 Derek Weisberg is an American sculptor based in Oakland, California. Weisberg has a BFA in ceramics from the California College of Arts and Crafts in Oakland.

The main theme of his work deals with human emotions and conditions. “I have found that these issues are the most powerful phenomenon of life. The way we live our lives is dictated by our emotions. They are a universal, a constant in life, innate in every human being. My goal is to create work, which causes an immediate, powerful, and deep relationship with the viewer. I look to my gut, heart, and intuition to create my work; depicting personal feelings based on my life experiences. My pieces are psychological and emotional self -portraits. However it is not important that the viewer knows my specifics, instead, find their own meanings within my work. Two other major concerns which I include in my work is that of making work that comments on and reflects today’s environment, emotions, and states of mind as a collective. The other main element included is my interest and love for the Hip-Hop culture. This influence strongly affects my aesthetics, which is superficial, but it also deals with issues of life, culture, and the contemporary.” (from Absolute Arts)

Weisberg has several jobs –  assisting more established artists, regularly showing new work, and curating.  His hard work is paying off. He is the youngest artist on permanent display in the Oakland Museum and his shows have been well received over the last few years.

To see more of Weisberg’s work, visit DerekWeisberg.com. There is also an interesting article about the artist at OaklandLocal.com. 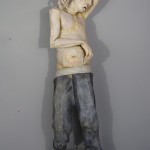 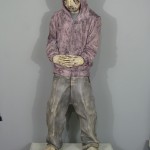 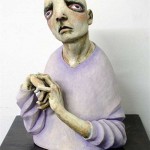