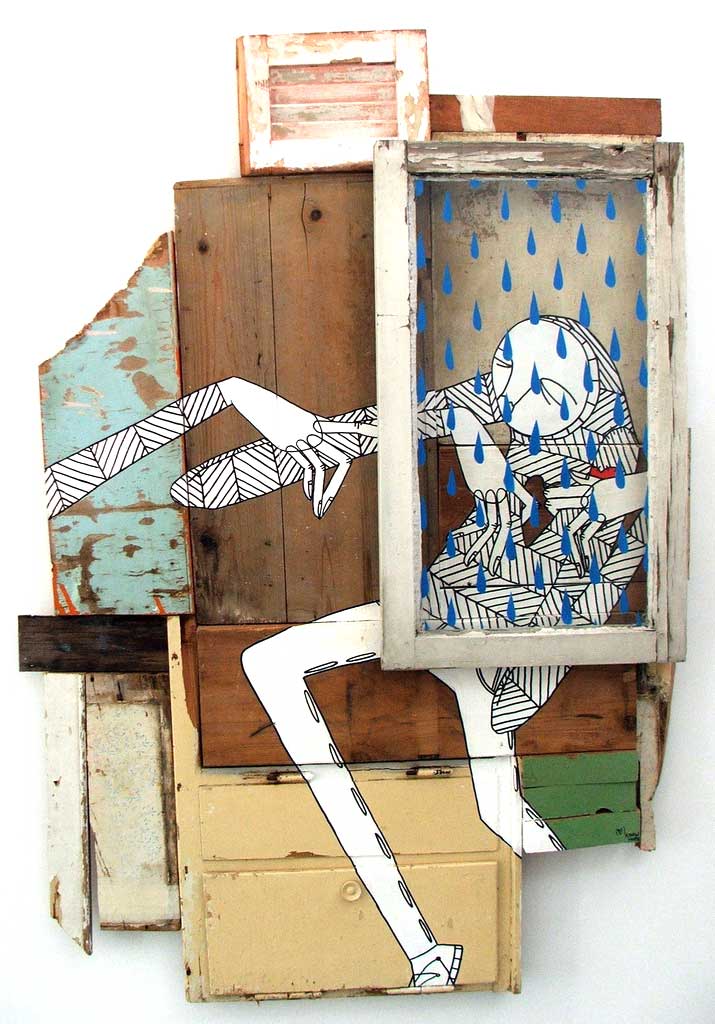 “For the past 4 years, Israeli artist Know Hope has been showing his work in galleries and exhibitions worldwide, but mainly on the streets, in their natural urban settings. Know Hope deals with the short lived aspect of not only the genre itself, but also as a subject – the need of momentary connections in the everyday reality, and the common denominator that is the human struggle.

Through site specific installations, murals and paste-ups, Know Hope attempts to create situations that happen in real time, and are accessible to the public on a day-to-day basis, with intentions of creating some sort of a dialogue.

For the past year, Know Hope’s work has been revolving around the story of an un-named figure, following it and creating some sort of lifeline through its observations, mishaps and eventually its commentary. The figure is the visual manifestation of the human vulnerability addressed in all the pieces.

The re-occurring figure is used as a way for the viewer to create a “long-term relationship”, so to speak, with the character. Through different stages and situations of despair, hope and discovery, the narrative is an ever-developing one. Through the use of a vocabulary of iconography such as electricity poles, tree stumps, broken televisions and billboards, a whole world is created and is used as a visual metaphor of the world in which we live. In the gallery pieces the photographic backgrounds function as a substitute for the urban background which is provided organically in the street works.

The majority of the pieces are made out of cardboard, a choice based not only on the aesthetics of the medium, but on the essence of the material. Cardboard is often used to make boxes, to contain objects and transfer them from one place to the other, only to be discarded immediately after- it is always available, somebody else’s trash. The use of cardboard makes the content of the pieces physical- the urgency of creating temporary art for the street, and the liability and rough fragility of the same struggle addressed before.

Know Hope has garnered much attention over the past year with his paste-ups and installations as well as successful exhibitions in the UK, LA, Norway, San Jose and recently New York , Rome, Tokyo, Toronto, San Francisco and Los Angeles.” (bio from Show and Tell Gallery) 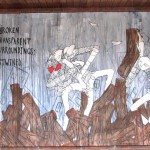 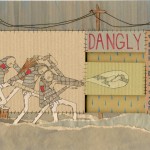 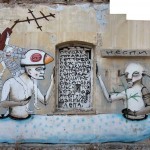 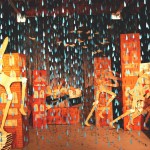 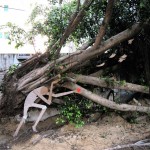 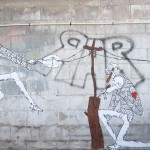