There are only a couple of days left to see the paintings of Mi Ju at the Fecal Face Dot Gallery in San Francisco. A native of Korea, Mi Ju has been studying at The San Francisco Art Institute for the past year after getting her BFA from Yeungnam University in Korea.

“My work is an improvisation in liminality: between dream and concretized, ancient and contemporary, Korea and the West, ephemeral and eternal, the uncensored and codified. Each character, pattern and energy reflects states of consciousness that are revealed in the creative act, a form of both improvisation and organization wherein the uncensored is working in concert with momentary, yet specific compositional organizations. It is my intention that the work will be a place of meeting between memory, dream and fantasy, and concretized into meaningful visual terms.” -Mi Ju

Mi Ju plans to relocate to  New York to pursue her painting career and get her MFA at Pratt. 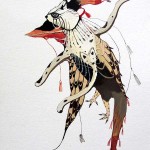 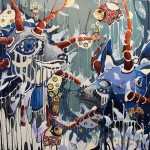 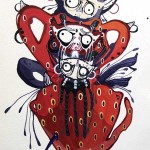 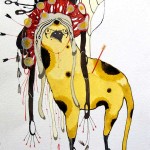 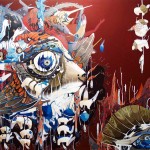 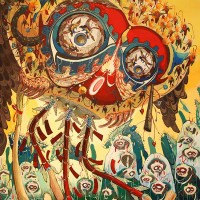 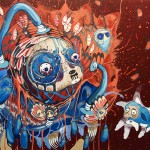 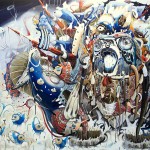 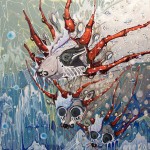 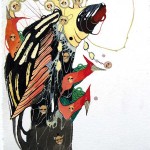