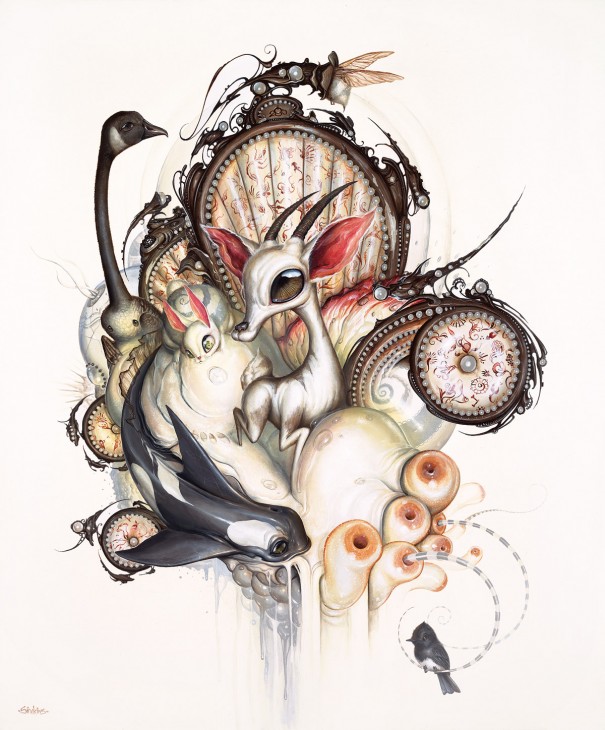 Greg “Craola” Simkins has a new show called “Inside the Outside” at Joshua Liner Gallery in New York.

Born in 1975 in Torrance, California, Simkins “grew up with a menagerie of animals including a number of rabbits, which often emerge in his paintings. He began drawing at the early age of three and was inspired by vaiour cartoons and books. Some standout books that still find there way into his art are Watership Down by Richard Adams, The Chronicles of Narnia by C.S. Lewis and The Phantom Tollbooth by Norton Juster.”

At the age of 18, when Simkins started doing graffiti under the name Craola which eventually gave him the skill set and confidence to paint larger works.

Simkins has a BA in Studio Art from California State University of Long Beach and has worked as an illustrator for various clothing companies and video games. In 2005, he became a full time artist. He has been featured in numerous group exhibitions and has successfully sold out four solo exhibitions.

“Inside the Outside” runs June 5 – July 1, 2010. To see more works from this show, visit  Joshua Liner Gallery To see some of Simkins’ previous works, visit, ImScared.com. 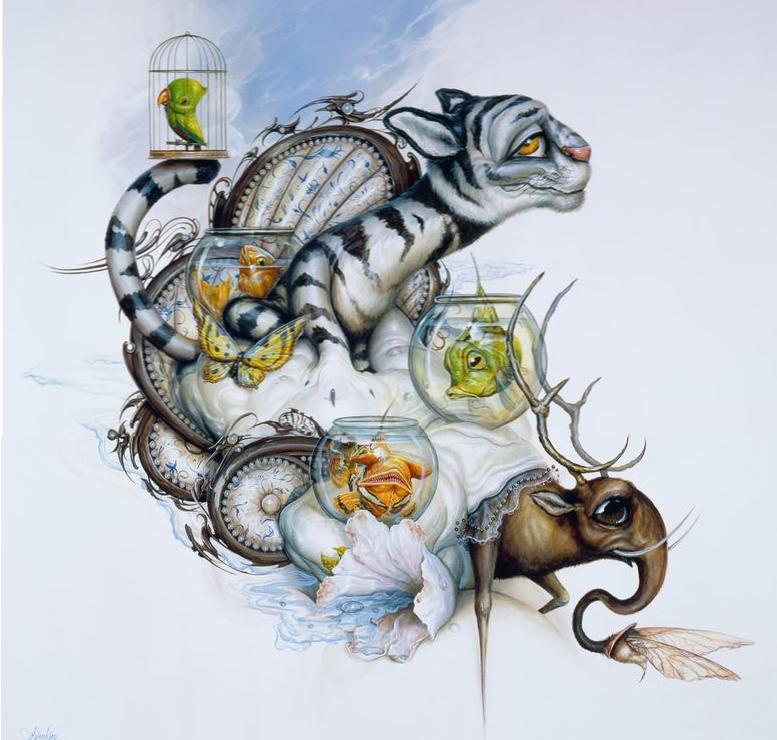