Born in 1947, George Underwood studied at Beckenham Art School in 1963. During his studies, Underwood became more and more interested in music and pursued a career in that field. Along with life long friend David Bowie he made one record (The King Bees ) and also a solo record under the name Calvin James.

George returned to art studies and then worked in design studios as an illustrator. Initially he specialised in fantasy, horror and science fiction book covers.

Underwood’s colleagues in the music business asked him to do paintings for them which led him to become a freelance artist. Art work for the first T Rex album and later David Bowie’s Hunky Dory and Ziggy Stardust album covers established him as a leading and creative art illustrator. Over this period Underwood produced thousands of book covers, LP and CD covers, advertisements, portraits and drawings.

In the 1970’s Underwood started painting in oils. His paintings were influenced by the Viennese School of Fantastic Realism – Ernst Fuchs, Rudolph Hausner and Eric Brauer who were contemporary visionaries like Breughel and Bosh. He was fascinated by their mix of fantasy and realism.

Underwood’s paintings are held in many private art collections including David Bowie, who says: “There’s a sublime isolation surrounding his subjects that really touches the viewer, the figures being both heroic and vulnerable simultaneously.” (bio from artist website) 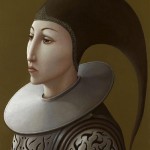 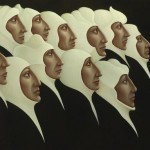 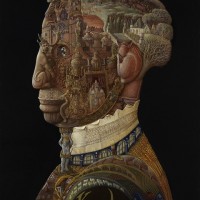 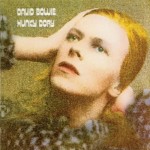 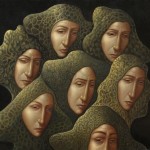 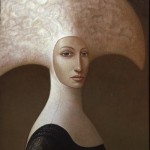 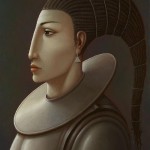