Nicoletta Ceccoli was born in San Marino, Italy and graduated from the Institute of Art in Urbino where she studied animation cinema.

While Ceccoli is gaining  recognition as a painter, she is already well known as an award winning children’s book illustrator. Working with publishers in Italy, the US, and the UK, some of her credits include The Faery’s Gift, Fiendish Deeds (Joy of Spooking), Horns and Wrinkles, and Oscar and the Mooncats. In 2001, Nicoletta was awarded with the Andersen prize as best Italian illustrator of the year. She is also a four time recipient of the ‘Award of Excellence’ from Communication Arts. As well, in 2006 she received the silver medal from Society of Illustrators (New York).

With influences such as Remedios Varo, Domenico Gnoli, Paolo Uccello, Mark Ryden, Edward Gorey, Winsor McKay, and Ray Caesar, Ceccoli creates her own unique style of  surrealism with doll-like characters and other strange creatures that are darkly whimsical.

For more information about Nicoletta Ceccoli, visit her website at NicolettaCeccoli.com.com. There is also a great interview at Arrested Motion. 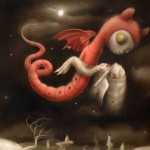 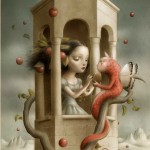 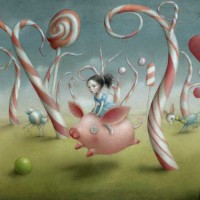 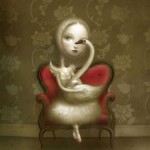 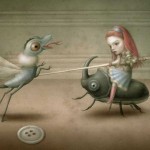 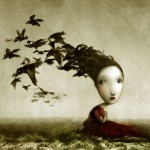 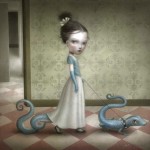 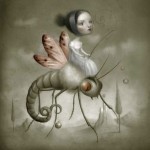 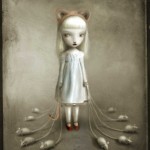 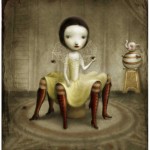