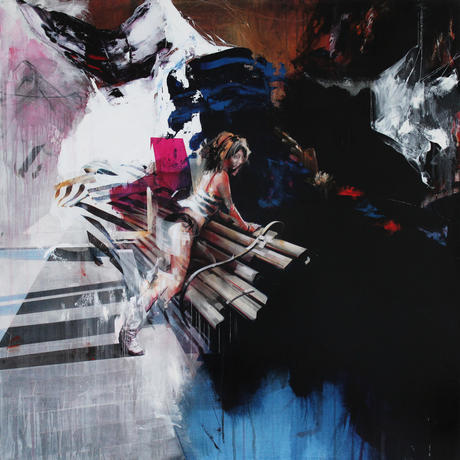 Ian Francis was born in 1979 in Bristol, England, and graduated from the University of the West of England with a degree in Illustration. “Francis combines abstraction, figuration, and elements of both painting and drawing to create distinctly contemporary mixed-media works on canvas. He draws his inspiration from cinema, pornography, street culture, and images sampled at random from the Internet. Amid high-color washes and jagged brushwork, Francis depicts semi-clad figures who loll and mix in casual groupings—some scenes are intimate, others hedonistic. These figures are the young and beautiful denizens of a particular media fantasy fueled by sex, death, and celebrity. Abstraction and figuration mutually support the artist’s suggestion of a worldview where violence and style intersect. 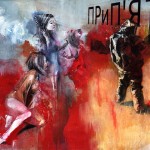 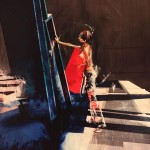 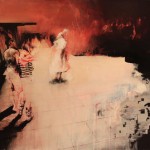 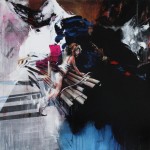 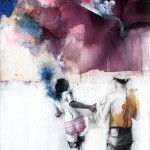 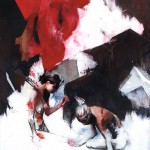 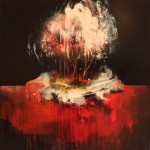 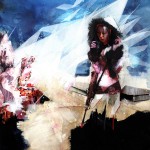 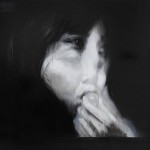