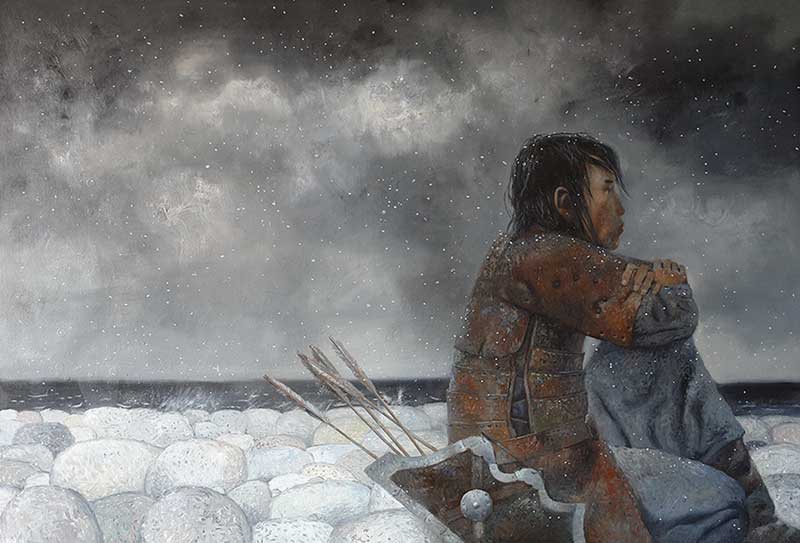 Born in 1976 Ulan-Ude (Siberia), Zorikto Dorzhiev has emerged as one of Russia’s most acclaimed young artists, with his work exhibited in 2008 at the Council of Europe and the Beijing Olympics, and his recent series Steppe Story shown for two months at St Petersburg’s Russian Museum in 2009. Dorzhiev studyied at the Buryat Republican College of Arts in Ulan-Ude, Zorikto and trained with Professor A.M. Znak at the Krasnoyarsk State Institute of Arts from 1996-2002 and until 2005, with branches of the Russian Academy of Arts in the Urals, Siberia and Russia’s Far East.

With precise draughtsmanship and vivid colour, Dorzhiev displays subtle humour and gift for caricature. Nomadic Buryat life is his main subject. To Zorikto, “a nomad is an artist, a poet, a philosopher, and often a loner.”  His Oriental aesthetic involves refined, elongated silhouettes, with his subjects ranging from sensuous females to warriors on horseback evoking Buryats’ Mongol ancestors. (from Hay Hill Gallery)

Steppe Story runs through December 24, 2011 at Hay Hill Gallery in London, UK. Be sure to check out their website for more information. Moscow’s Khankhalaev Gallery also has a large selection of his earlier work online. 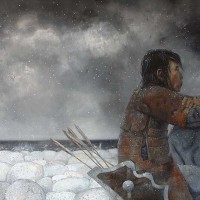 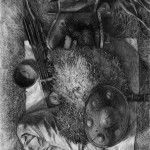 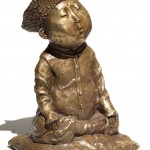 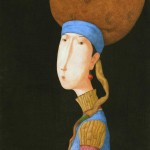 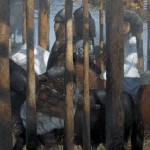 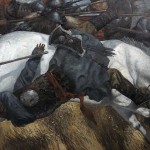 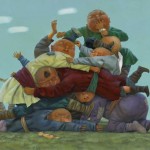 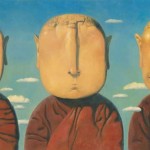 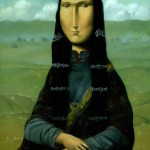