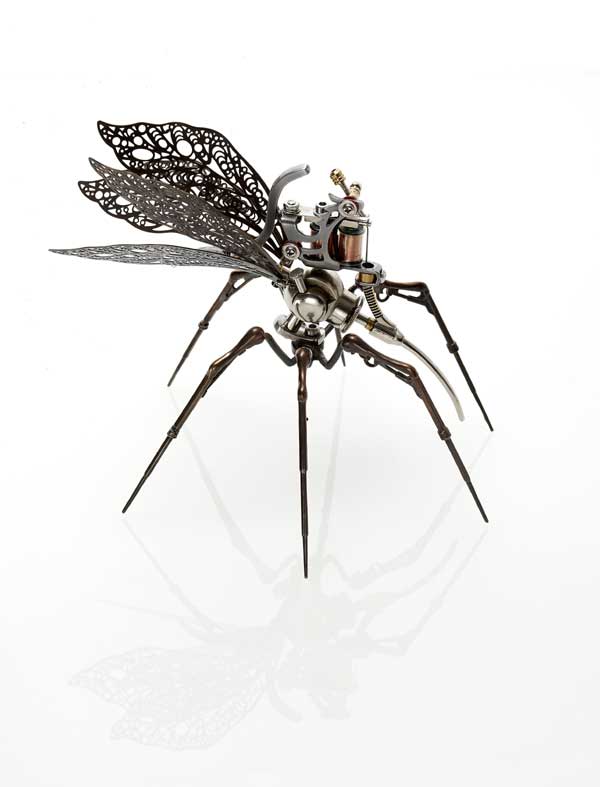 Norway native Christopher Conte was raised and currently lives in New York. Conte has a Bachelor of Fine Arts from Pratt Institute in Brooklyn and worked in prosthetics making artificial limbs for amputees for 16 years as a Certified Prosthetist. At the same time, he privately created biomechanical sculptures and 2008 became a full-time artist.

Conte’s sculptures combine original cast components with found and recycled parts using materials ranging from bronze to carbon fiber and often including materials from the aerospace industry and medical fields.

“While a strong connection with future technologies is present in all of Chris’ work, ancient techniques such as lost-wax bronze casting have become an integral part of the process as well. The process involved in creating just one sculpture can often take weeks or even months.”

Conte has exhibited across the United States and his work has appeared on The Discovery Channel, in Discover Magazine, Wired Magazine, MTV Networks and in Popular Science Magazine. 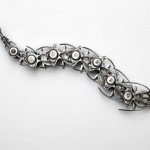 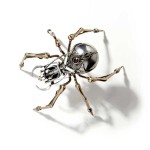 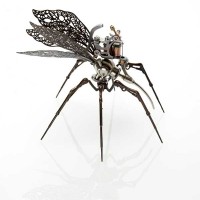 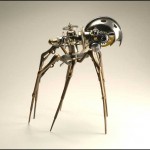 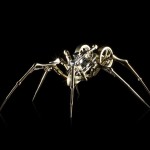 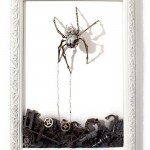