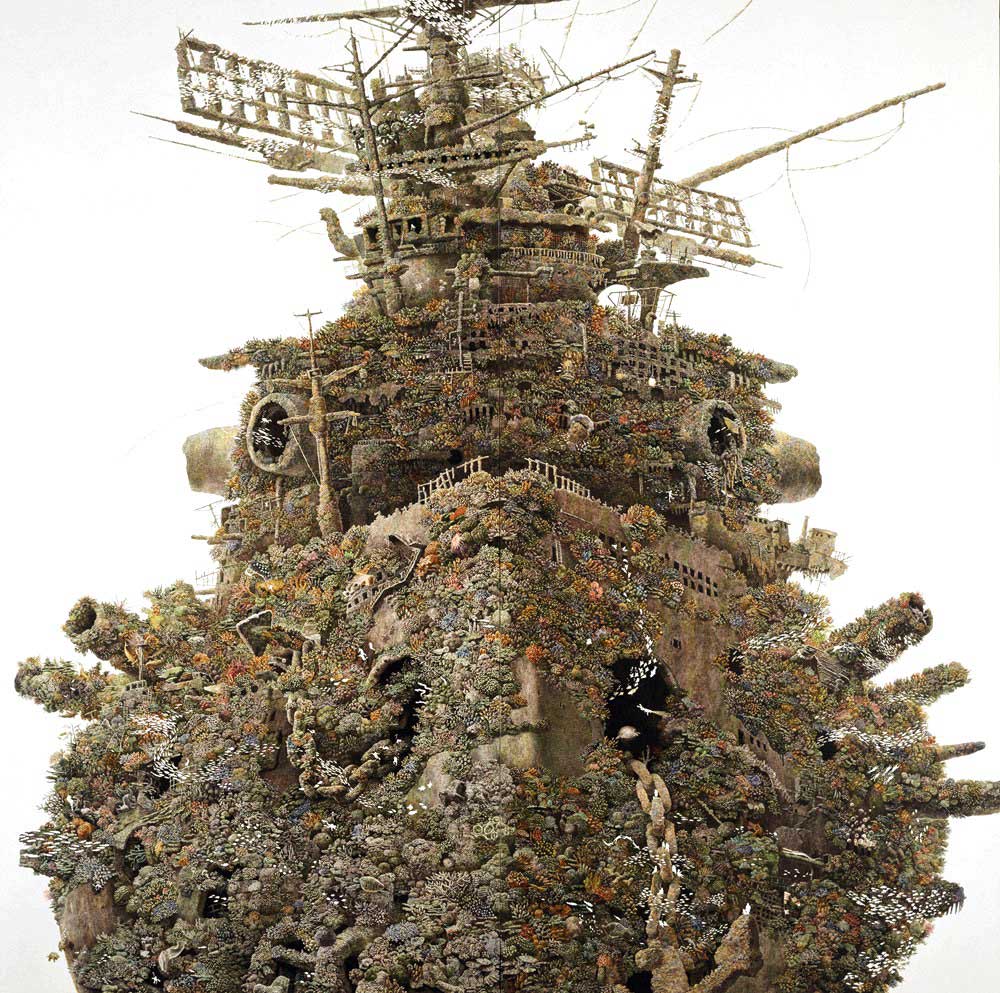 Born in 1973 in Saga, Japan, Manabu Ikeda currently lives and works in Tokyo.  Ikeda has a BA in Design and an MA from Tokyo National University of Fine Arts and Music.

Ikeda has exhibited his incredibly dense and detailed drawings in numerous solo and group shows in Japan as well as in Germany, Canada, Korea, and Italy. His work is in the public collections of Hamamatsu Municipal Museum of Art in Shizuoka, the Mori Art Museum in Tokyo, and the Obuse Museum in Nagano, Japan.

From March 18, 2011 to June 12, 2011, he is participating in the group show “Bye Bye Kitty” at the Japan Society in New York.  “Moving far beyond the stereotypes of kawaii and otaku culture, Japan Society’s show features sixteen emerging and mid-career artists whose paintings, objects, photographs, videos, and installations meld traditional styles with challenging visions of Japan’s troubled present and uncertain future. Each of the three sections, “Critical Memory,” “Threatened Nature,” and “Unquiet Dream,” not only offers a feast for the senses but also demolishes our preconceptions about contemporary Japan and its art.” 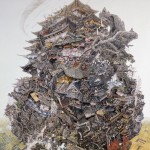 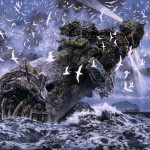 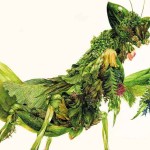 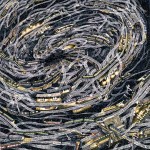 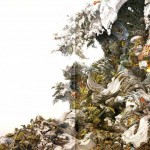 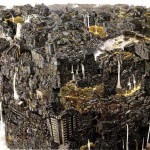 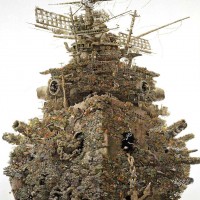 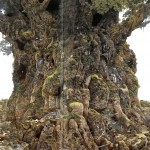 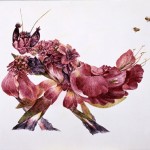