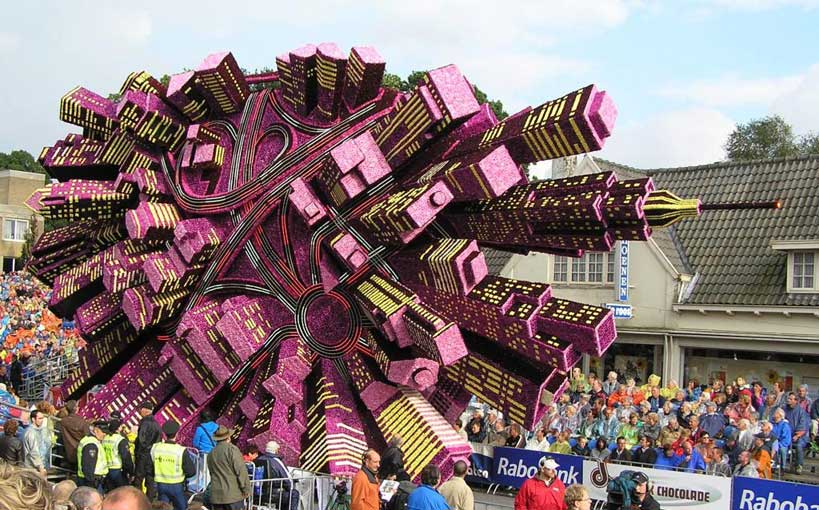 Bloemencorso, the Dutch word meaning “flower parade”, “flower pageant” or “flower procession” are held in many towns and regions of the Netherlands and Belgium yearly,  each parade having its own character, charm and theme.

Bloemencorso Zundert is the largest flower parade in the world and is put on entirely by volunteers.  The parade takes place on the first Sunday of September and floats are large artworks made of steel wire, cardboard, papier-mâché and flowers. In the Bloemencorso Zundert, only dahlias are used to decorate the objects and it can take thousands to cover one float.

See more photos of these incredible flower sculptures on Flickr and CoroZundert.nl. 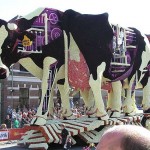 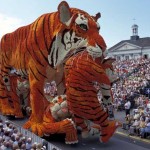 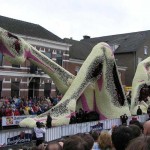 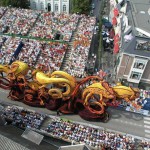 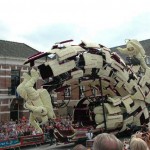 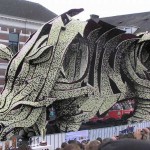 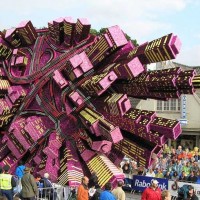 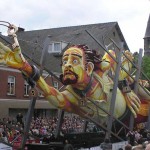