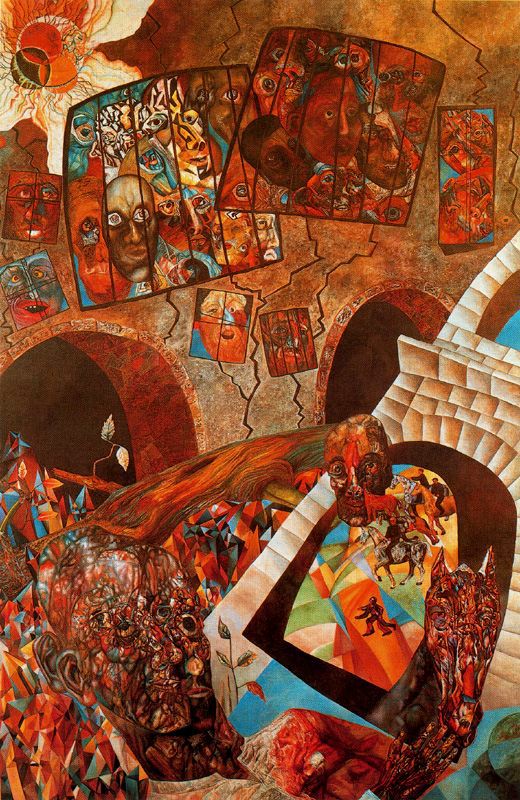 Born in Moscow on January 8, 1883, Pavel Filonov was a Russian avant-garde painter, graphic artist and poet. Filonov came from a working-class background and was orphaned in childhood. He moved to St Petersburg in 1897 and earned money through embroidery, house painting, restoring buildings, retouching photographs and making posters and wrappers for goods.

Filonov studied at the Academy of Arts, St Petersburg in 1898  but left without graduating. He was largely self-taught but Filonov also studied privately under  L. E. Dmitriyev-Kavkazsky.

Filonov traveled extensively through Russia, the Near East and western Europe. Between 1910 and 1914 he exhibited often with the Union of Youth and he met and collaborated with the leaders of Russian literary Futurism, including Vladimir Mayakovsky, Velimir Khlebnikov and Aleksey Kruchonykh.

In 1915 Filonov published the obscure poetic work with illustrations called “The Chant of Universal Flowering”.  In the same year his drawings for the Futurist miscellany “Rykayushchiy Parnas” (Roaring Parnassus) reportedly caused almost the entire edition to be confiscated for indecency.

Filonov supported the Revolution of 1917 and he was briefly in charge of the ideological section of Ginkhuk (State Institute of Artistic Culture). He argued against both academic and ‘proletarian’ art in support of his method, ‘analytic art’, “which was to operate through ‘madeness’ in any of several modes (the primitive, the abstract, the hyper-real, often disconcertingly juxtaposed).”

Filonov believed that “true art” belonged to the people and for this reason he stopped signing and selling his works.  In 1925 he established his “Collective of Masters of Analytic Art”, a school of Filonov’s students and followers. This  group exhibited in 1927 and was commissioned to illustrate an edition of the Finnish epic “Kalevala” (1933), a collective undertaking by a team of 14 artists including Alisa Poret, M. D. Tsibasov and Tatyana Glebova.

However, even before the “Kalevala”,  Filonov experienced hostility from the press and government. In 1929-30, a major retrospective exhibition was hung in the Russian Museum in Leningrad but the Soviet Government stopped the exhibition from opening.

From the early 1930’s onward, Filonov’s position became uncertain. Few paintings are datable in the last decade of his life but the quality of his work was not diminished. Pavel Filonov died on December 3, 1941  during the Siege of Leningrad where he was a fire-watcher.

Since the mid-1960s Filonov’s work has been slowly rediscovered and his writings published. Since the mid-1980s his works have been exhibited in Russia and abroad. 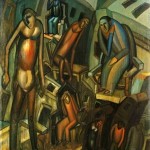 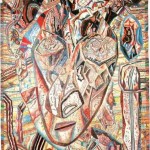 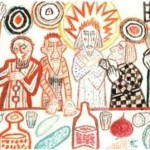 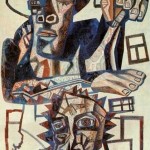 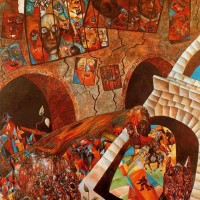 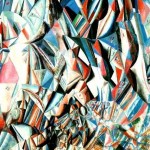 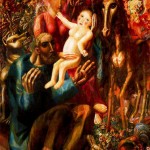 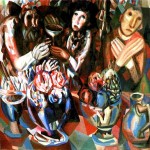 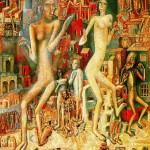 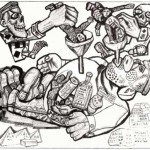 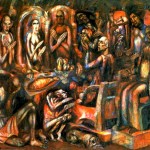 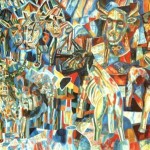 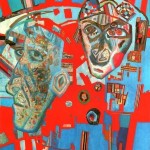 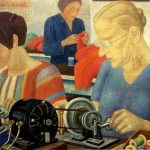