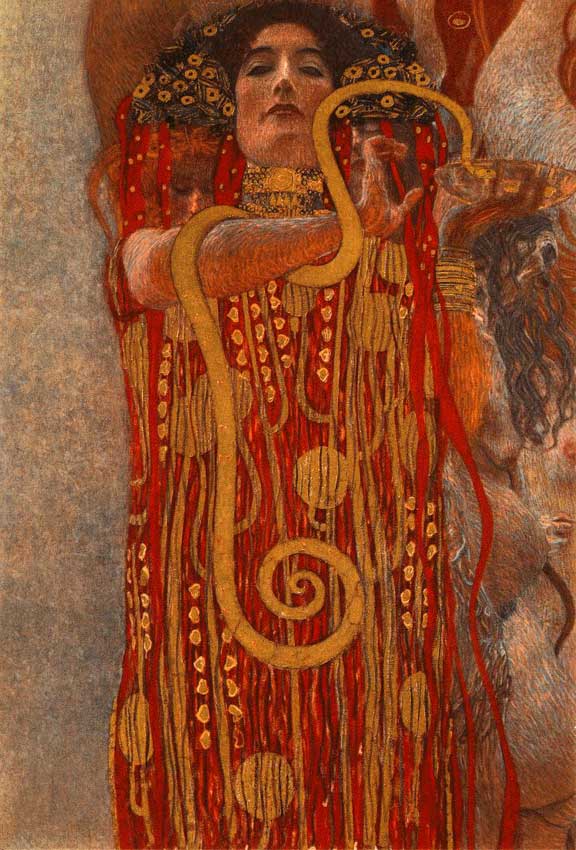 Born on July 14, 1862 in Baumgarten, near Vienna, Austria, Gustav Klimt is considered one of the greatest decorative painters of the 20th century. From 1876 to 1883, he attended the Vienna Kunstgewerbeschule (School of Applied Arts) where he studied figural drawing and painting. His brother Ernst also enrolled in the school in 1877. By 1880, the Klimt brothers, and fellow student Franz Matschhad had formed a team they called the “Artists’ Company, Klimt Brothers and Matsch”. The group received numerous commissions painting interior murals and ceilings in public buildings including the National Theatre in Bucharest, and the new Burgtheater and Kunsthistorisches Museum in Vienna. After completing the Burgtheater frescoes Klimt was awarded the Austrian Gold Cross for Merit by Emperor Francis Joseph, for his watercolour View of the Interior of the Old Burgtheater.

In 1892, both Klimt’s father and brother Ernst died, leaving Gustav responsible for both families. Around this time, Klimt met Emilie Flöge, who became his life-long companion. Outside of his relationship with Emilie, Klimt is believed to have fathered fourteen children.

By 1894, Klimt’s style became less academic, his painting taking on a more fantastic and blended style of Art Nouveau and Symbolism that was overtly sexual. Public criticism of his work came after he was commissioned to create three paintings for the Great Hall in the University of Vienna. Labeled radical, pornographic, and disturbing, the paintings were not displayed. As a result, Klimt refused all public commissions.

In 1897, Klimt became one of the founding members and the president of the Vienna Secession, also known as the Union of Austrian Artists. Secession artists objected to the conservatism of the Vienna Künstlerhaus and was supportive of exploring the possibilities of art outside the confines of academic tradition.

Klimt’s ‘Golden Phase’, beginning around 1898, received positive critical reaction and success. Many of his paintings from this period utilized gold leaf and a common theme was that of the dominant woman or femme fatale. Influences contributing to Klimt’s unique style include Egyptian, Minoan, Classical Greek, and Byzantine. Klimt was also inspired by the engravings of Albrecht Dürer, late medieval European painting, and the Japanese Rimpa school.

Klimt’s later works (1900’s and on) are dominated by portraiture and landscapes of the Attersee, near Salzburg. Overall, his output was relatively small, producing between four and six canvases a year. He was, however,  a prolific draughtsman and several thousand surviving drawings make him one of the most accomplished draughtsmen of his era.

Klimt continued painting until his death on February 6, 1918, from pneumonia following a stroke. He was just 56 years old, and many of his paintings were left unfinished.

For more information about Gustav Klimt, visit the source references below. 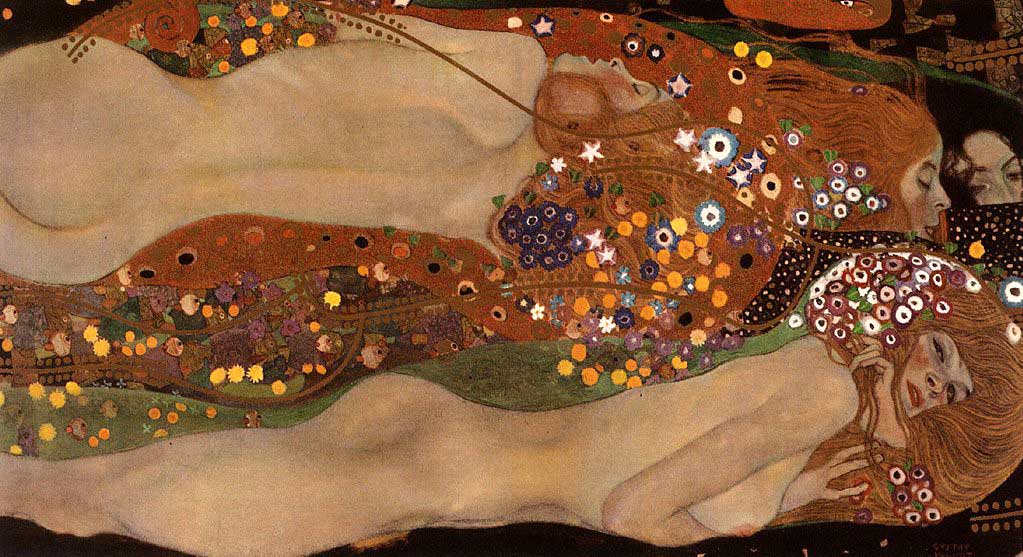 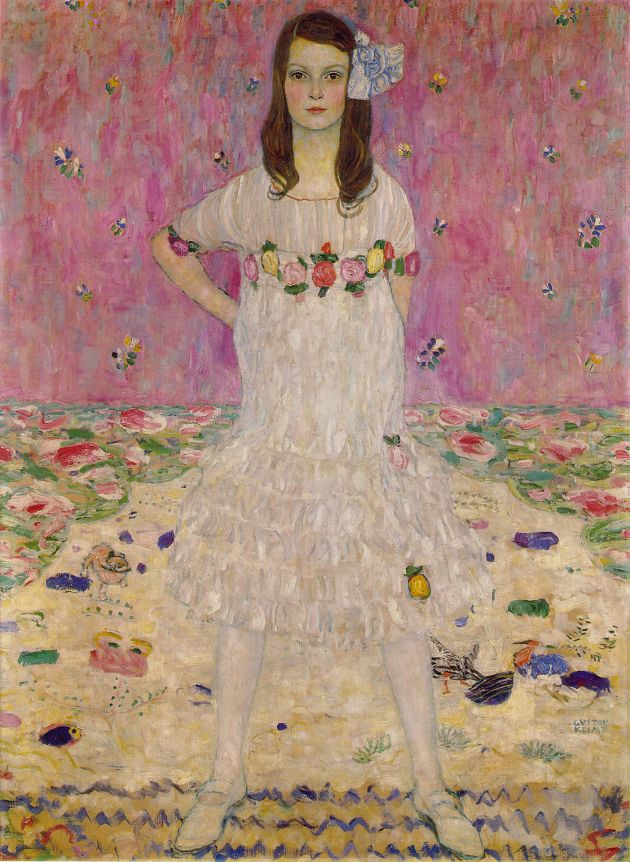 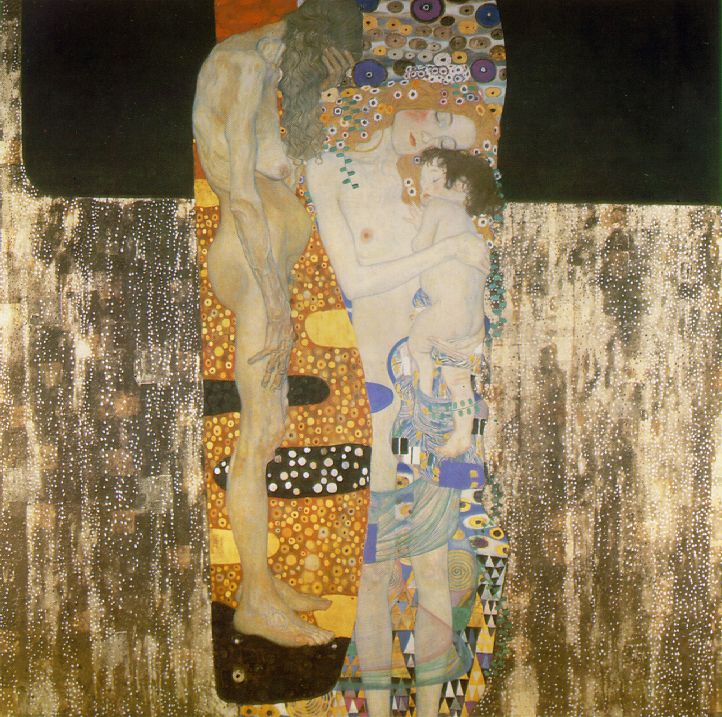 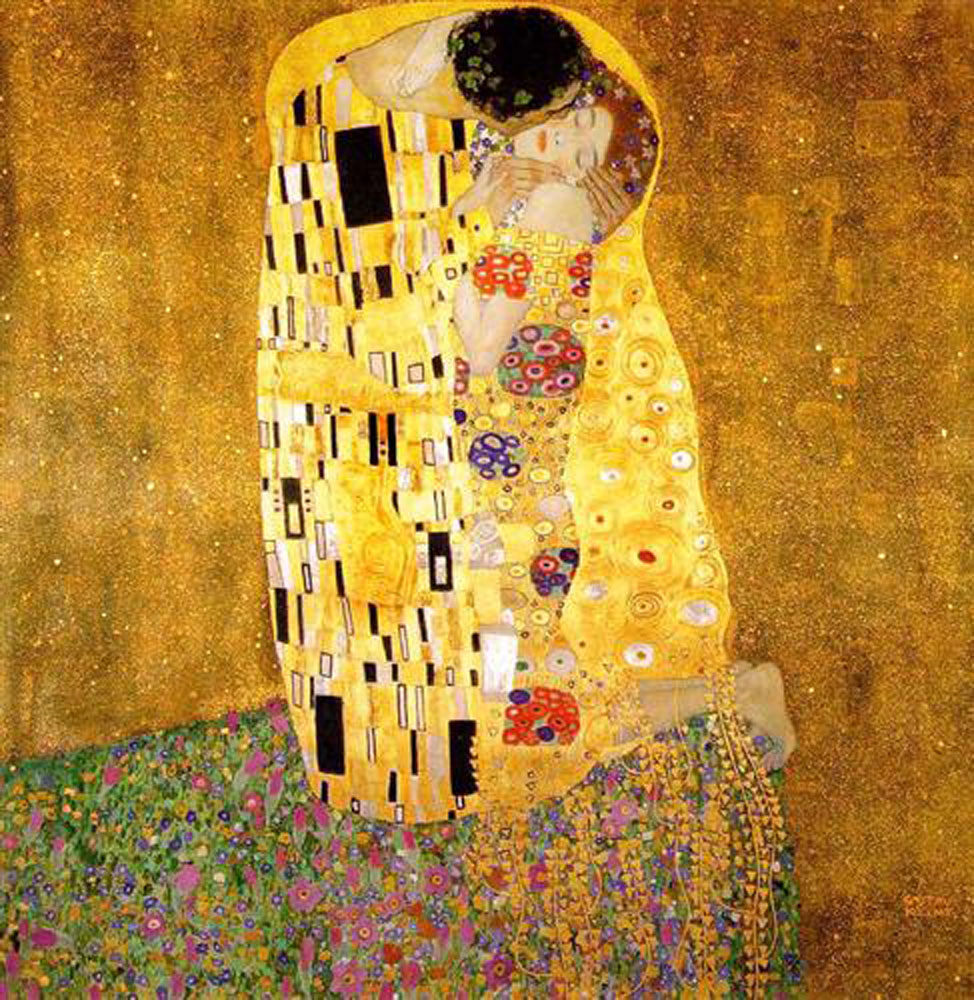 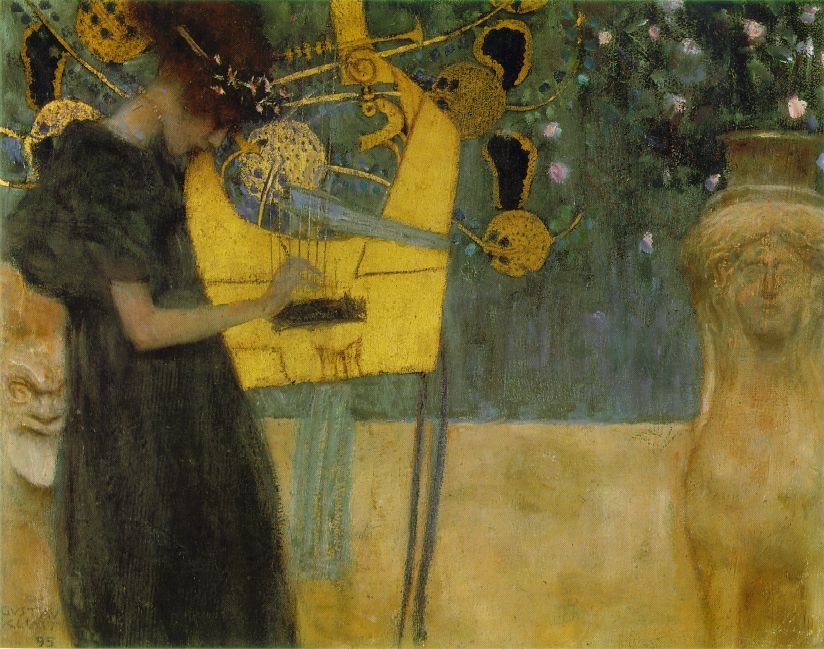 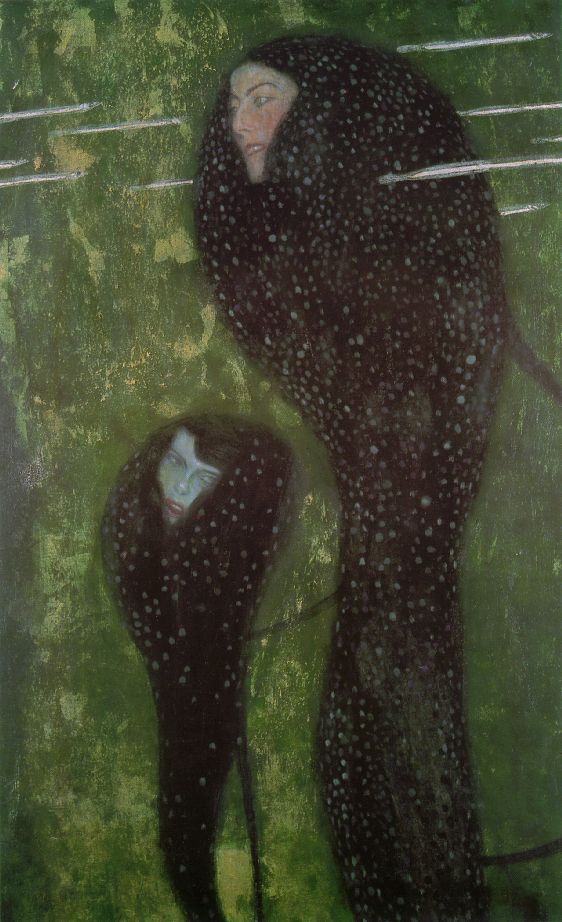 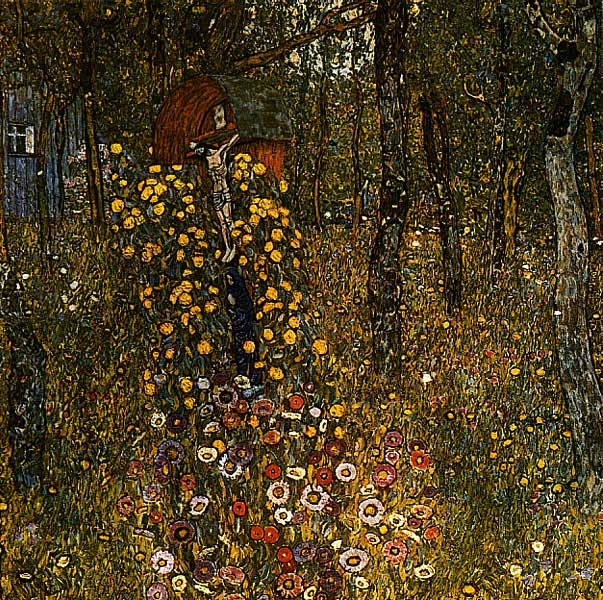 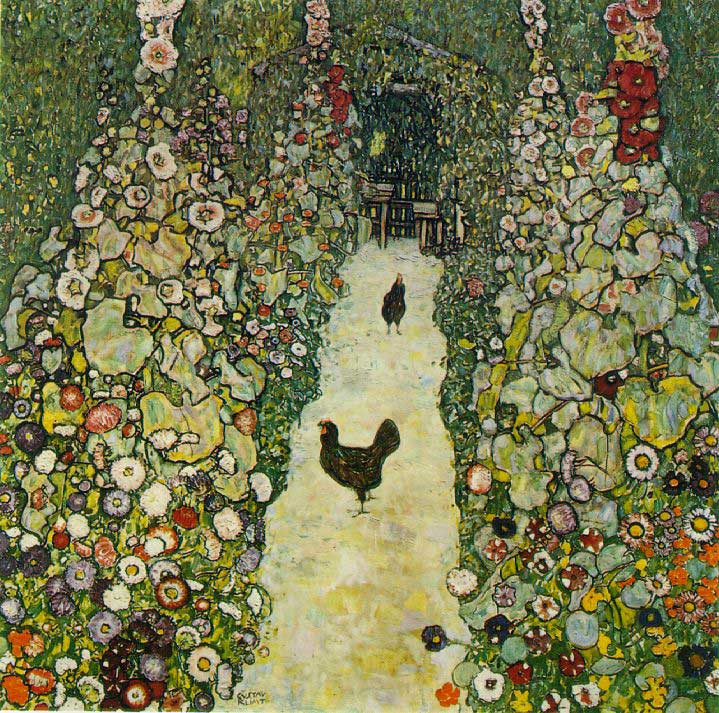 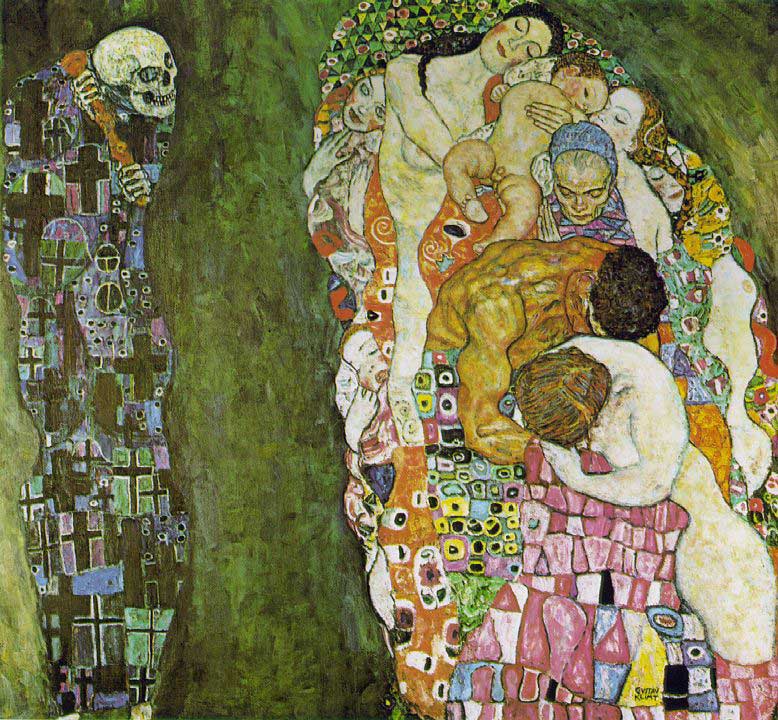