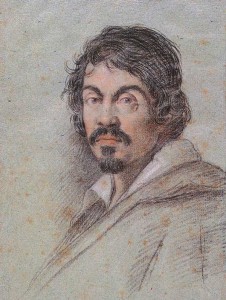 Born in Milan, Italy on September 29, 1571, Michelangelo Merisi da Caravaggio is considered one of the first great painters of the Baroque school and a revolutionary figure in European art.

Caravaggio trained in Milan under the Lombard painter Simone Peterzano, a pupil of Titian – the leading painter of the 16th century Venetian school of the Italian Renaissance.

In 1592, Caravaggio fled Milan for Rome after becoming involved in a quarrel that resulted in the wounding of a police officer. With next to no money to survive, he found work with Giuseppe Cesari – Pope Clement VIII’s favourite painter. Here, he painted flowers and fruit in a factory-like workshop until 1594.

Carvaggio’s luck changed in 1595 when Cardinal Francesco del Monte became his patron, taking him into his house, where Caravaggio received his first public commissions. These made him popular in a short period of time.

Carvaggio preferred to paint his subjects with intense realism with all of their flaws and defects in contrast to the typical idealized representations produced by Italian Renaissance painters such as Michelangelo. He also differed in his method of painting, preferring the Venetian practice of painting his subjects directly without any traditional lengthy preparatory drawings.

From 1600-1606, Caravaggio received numerous prestigious commissions for religious works, increasing his fame over this period. But for all his success, Caravaggio led an unruly life. He was known for brawling and was arrested and imprisoned numerous times. In May of 1606, Caravaggio killed (possibly by accident) a man named Ranuccio Tomassoni. Wanted for murder, he fled Rome for Naples where he also became well known, receiving several important church commissions.

Caravaggio stayed in Naples for only a few months before traveling to the headquarters of the Knights of Malta where he hoped to gain the patronage of the Grand Master Alof de Wignacourt, who could help him obtain a pardon for his murder charge. The Grand Master was so impressed with Caravaggio that he made him a knight.

In August 1608, Carvaggio was in trouble again after a brawl and was arrested and imprisoned. It was not long after that he was expelled from the Knights and was on the move again – this time to Sicily where his friend Mario Minniti was living.

Caravaggio returned to Naples after nine months in Sicily, still hoping to secure a pardon from the Pope and return to Rome. In 1610, believing his pardon would be granted, he began his journey by boat back to Rome. With him were his final three paintings which he planned to give to Cardinal Scipione, who had the power to grant or withhold his pardon. Caravaggio never made it home.

Carvaggio’s death is the subject of much debate. No body was found and there were several accounts of his death including a religious assassination and malaria. A poet friend of the artist gave July 18, 1610 as his date of death. In 2001, an Italian researcher claims to have found the death certificate which says that he died on that same date in S Maria Ausiliatrice Hospital of an illness.

For a full biography and to view Caravaggio’s complete works, visit Caravaggio-Foundation.org. 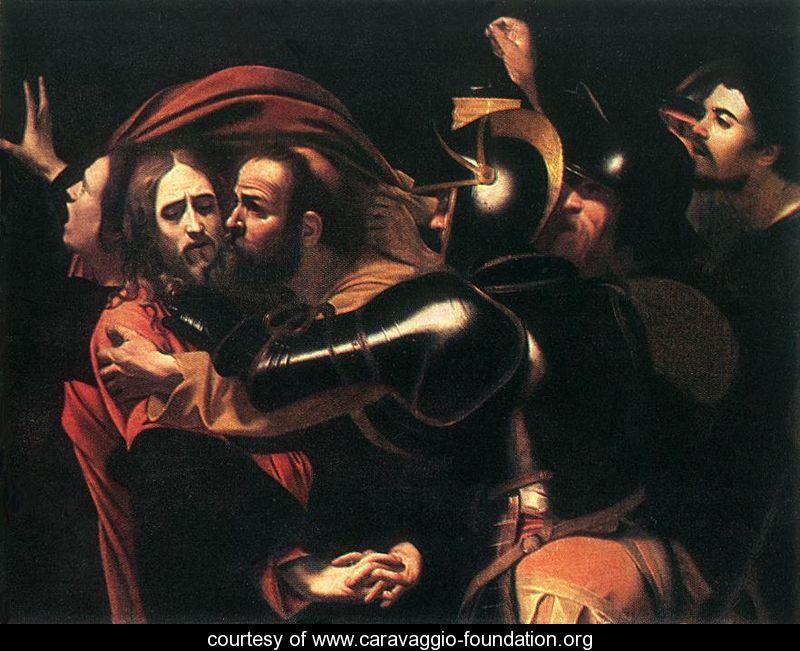 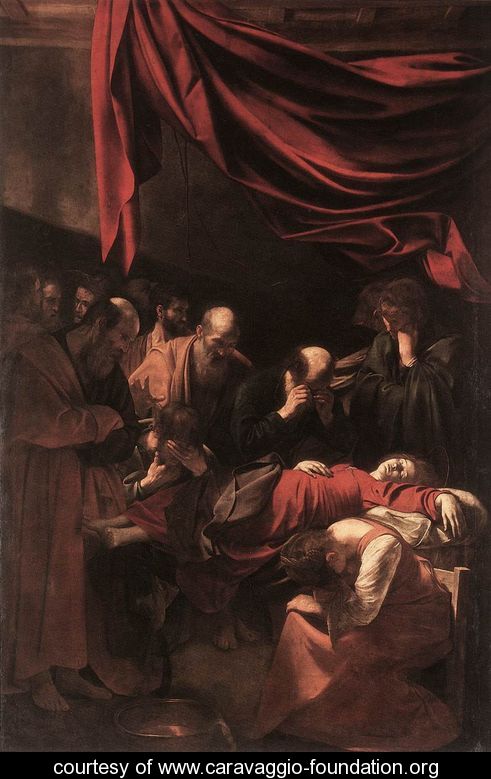 Michelangelo Merisi da Caravaggio - The Death of the Virgin 1606 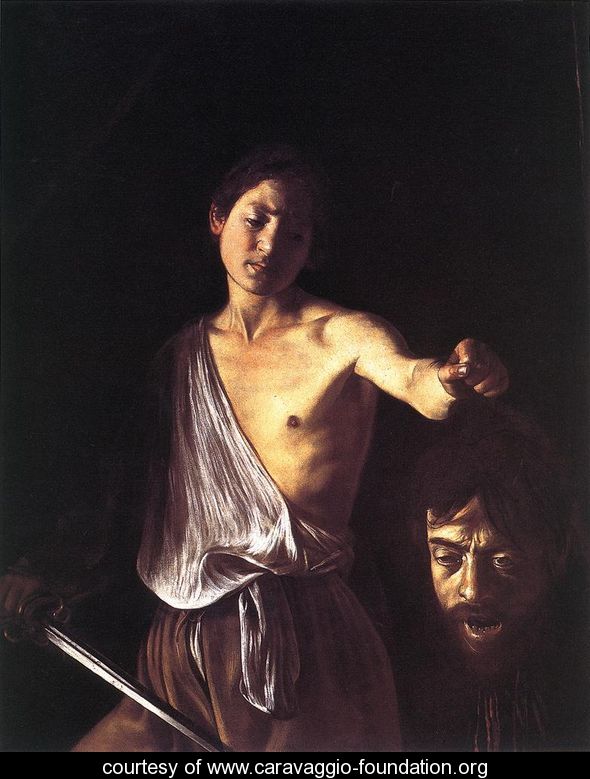 Michelangelo Merisi da Caravaggio - David with the Head of Goliath 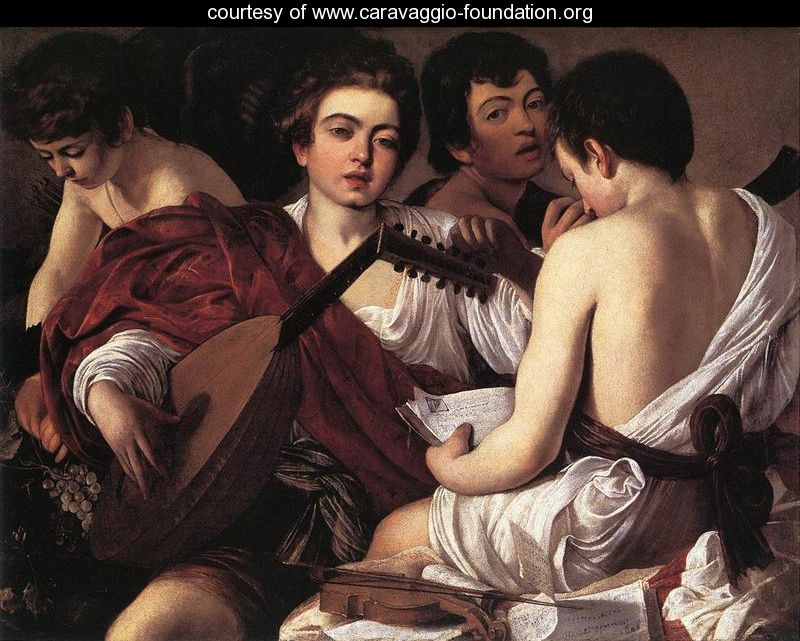 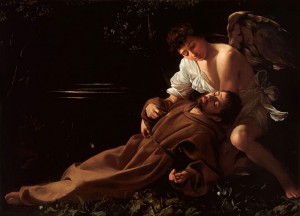 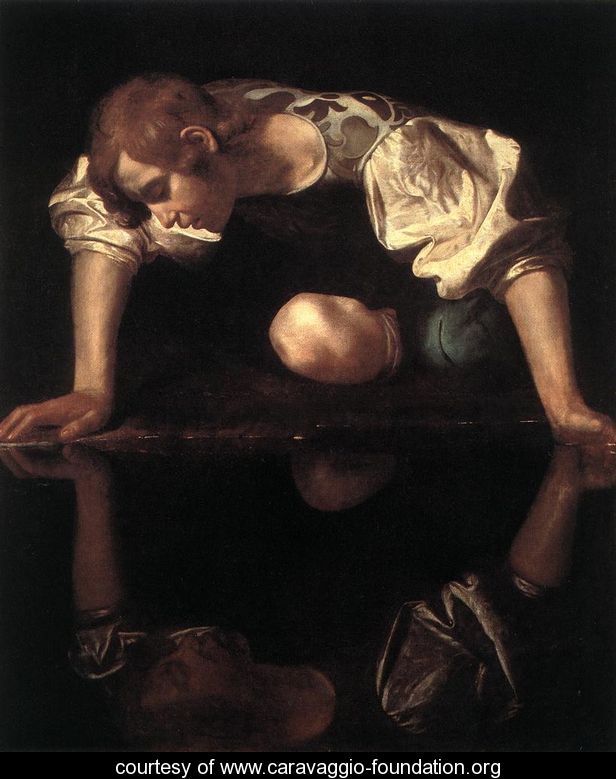 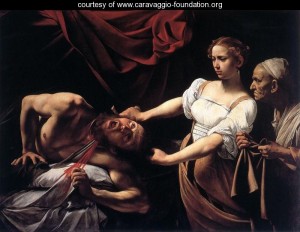