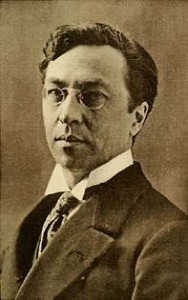 Born on December 16, 1866 in Moscow Russia, Wassily Kandinsky was a painter, printmaker, stage designer, art theorist, and a central artist in the development of 20th century abstract art.

Kandinsky studied economics, ethnography and law in Moscow from 1886 to 1893, and wrote a dissertation on the legality of labourers’ wages. In 1896, Kandinsky decided to become an artist and traveled to Munich, Germany  where he studied at the art school of Anton Ažbe. In 1900, he studied at the Academy of Fine Arts Munich under Franz von Stuck.

In Munich, the early 1900s was a centre for Jugendstil (Art Nouveau), and Kandinsky’s art grew out of this movement as well as Russian art. His early works included figure studies, scenes with knights and riders, romantic fairytale subjects and other Russian scenes. He worked with tempera and gouache on black backgrounds and later used printmaking techniques including etching and drypoint. Also at this time, Kandinsky began creating small oil sketches using a palette knife on canvas board.

Between 1903 and 1909, he and his companion Gabriele Münter traveled to the Netherlands, Tunisia, Italy, France and throughout Germany. While in France, Kandinsky stayed in Sèvres, outside Paris, where paintings by Paul Gauguin, les Nabis, Henri Matisse and other Fauvists were exhibiting. He was influenced by these artists and his colours became more vibrant.

Between 1904 and 1908, Kandinsky participated in art exhibitions in Moscow and St Petersburg, the Berlin Secession, and the Salon d’Automne in Paris. He was a co-founder of the Neue künstlervereinigung münchen (Munich New Artist’s Association) in 1909, and exhibited with them at the Moderne Galerie Thannhauser in Munich. Kandinsky had developed a distinctive style of painting and his shift from representational painting towards abstraction, focusing on the synthesis of colour line and form began.

Kandinsky was forced to leave Munich after the outbreak of World War I in 1914 and he and Münter stayed for several months in Switzerland. At the end of 1914, he went back to Russia and in December 1915, he traveled to Stockholm, to meet Münter.  He returned to Russia in 1916, where he met Nina von Andreyevskaya, whom he married in February 1917.

Between 1915 and 1919, Kandinsky produced numerous drawings and watercolours, as well as prints and paintings on glass. At times he returned to a more representational style, painting realistic landscapes, views of Moscow, figure paintings, and fairytale scenes. However, his work also included completely abstract ink drawings, and geometric shapes became more prevalent.

Between 1918 and 1921, Kandinsky’s activities as a teacher, writer, administrator and organizer occupied much of his time. He played an active role in Narkompros, where he was director of the theatre and film sections and was an editor of a journal for the publication IZO.  He was also head of a studio at Moscow Svomas art school. Kandinsky still found time to produce large canvases and many watercolours and drawings.

Kandinsky returned to Germany in 1921 and accepted an offer of professorship at the Bauhaus in Weimar. He became master of the wall painting workshop and taught a course on the theory of form. The faculty, which included Lyonel Feininger, Johannes Itten, Paul Klee and Oskar Schlemmer, developed theoretical courses, led workshops and instruction in crafts and sought to reunite all artistic disciplines.

At the Bauhaus, Kandinsky created about three hundred oils and several hundred watercolours. From the beginning, he had systematically recorded his paintings, and after 1922, he catalogued the watercolours as well. He also produced many drawings which often related to his teaching theories.

During the Bauhaus period, Kandinsky used circles, squares, triangles, zigzags, checker-boards and arrows as components of his abstract works. The shapes became just as meaningful as the abstract images of towers, horses, boats and rowers had been in his art in earlier years.

In 1933, Kandinsky and his wife moved to Paris after the Nazis closed the Bauhaus school. During this time, his art included biomorphic forms, the incorporation of sand with pigment, and a new delicacy and brightness in his colour harmonies. He preferred pastels to the primary colours he had used in the 1920s, and he favoured images derived from biology, zoology and embryology.

Between 1934 and 1944, Kandinsky created 144 oil paintings, about 250 watercolours, and several hundred drawings. His work during this time revealed his personal response to prevailing artistic fashions – the free, organic shapes of Surrealism and the geometric abstraction of Art concret and Abstraction–Création.

Kandinsky became a French citizen shortly before the outbreak of the Second World War. He continued working during the period of German occupation and died on December 13, 1944 at Neuilly-sur-Seine. 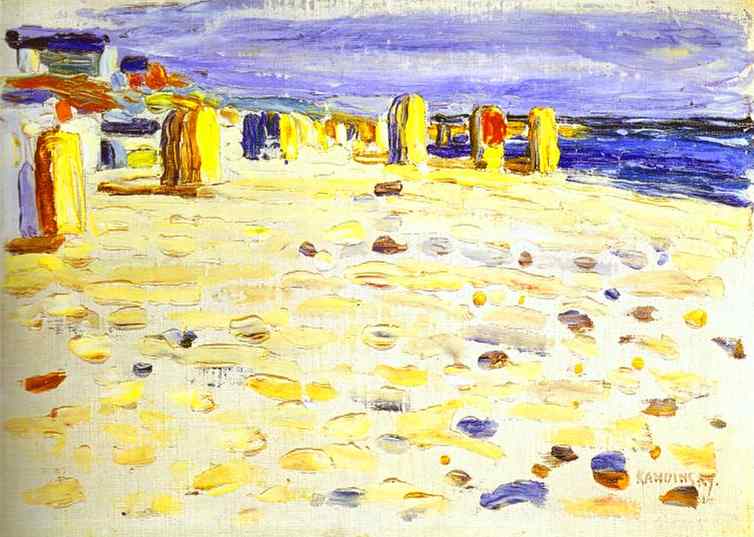 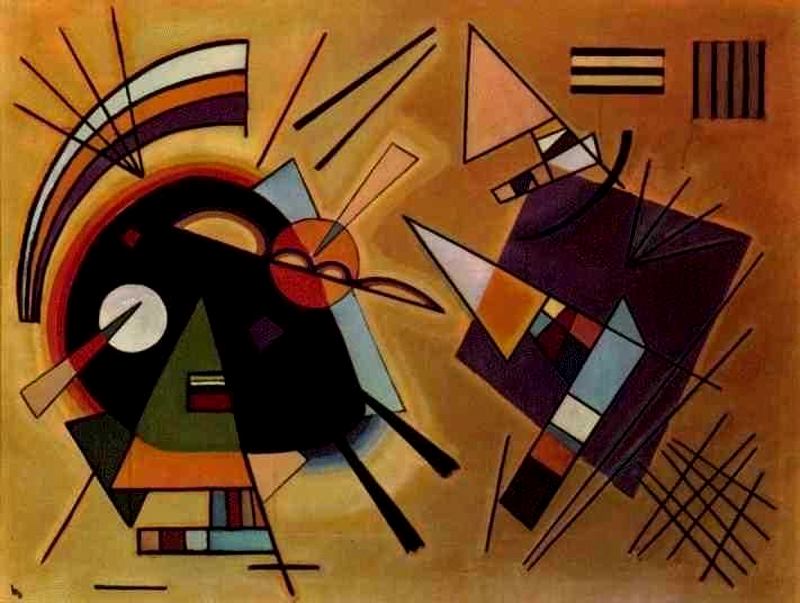 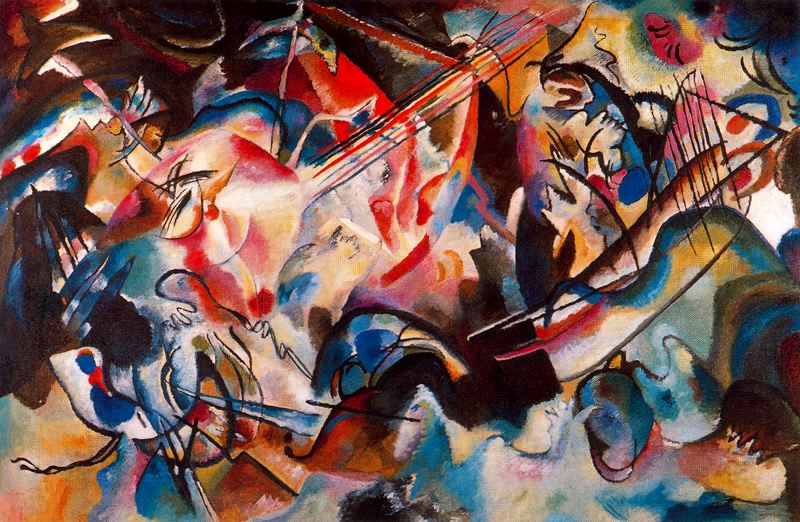 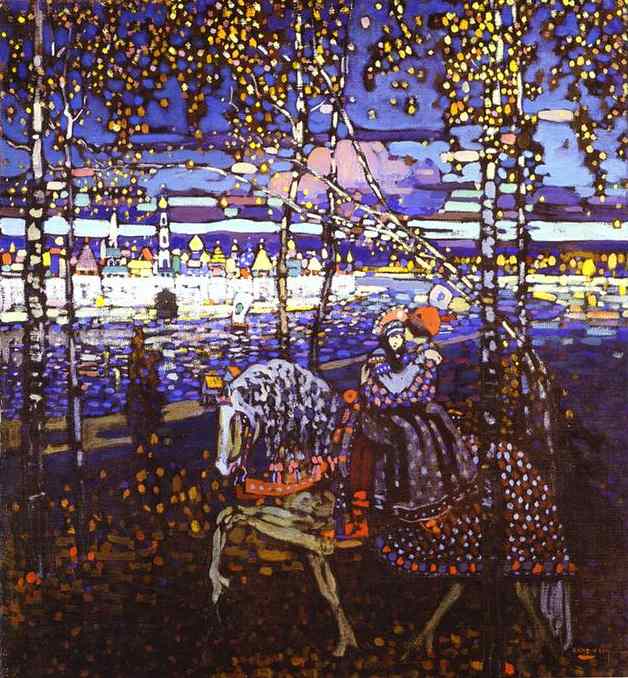 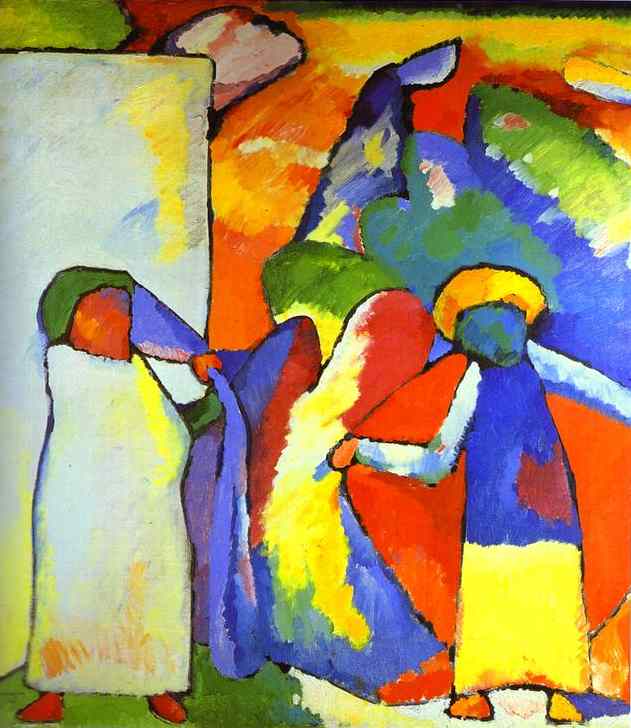 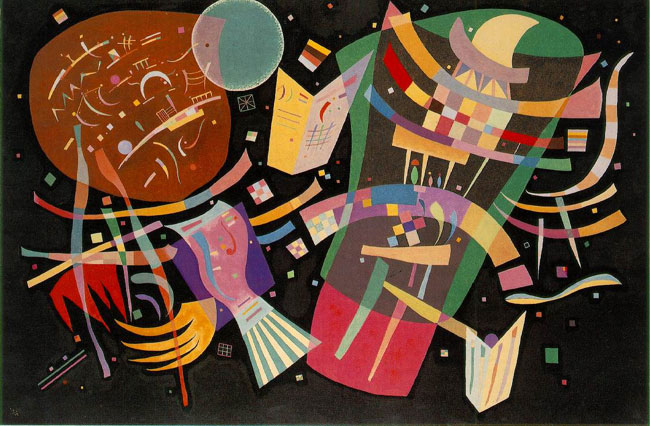 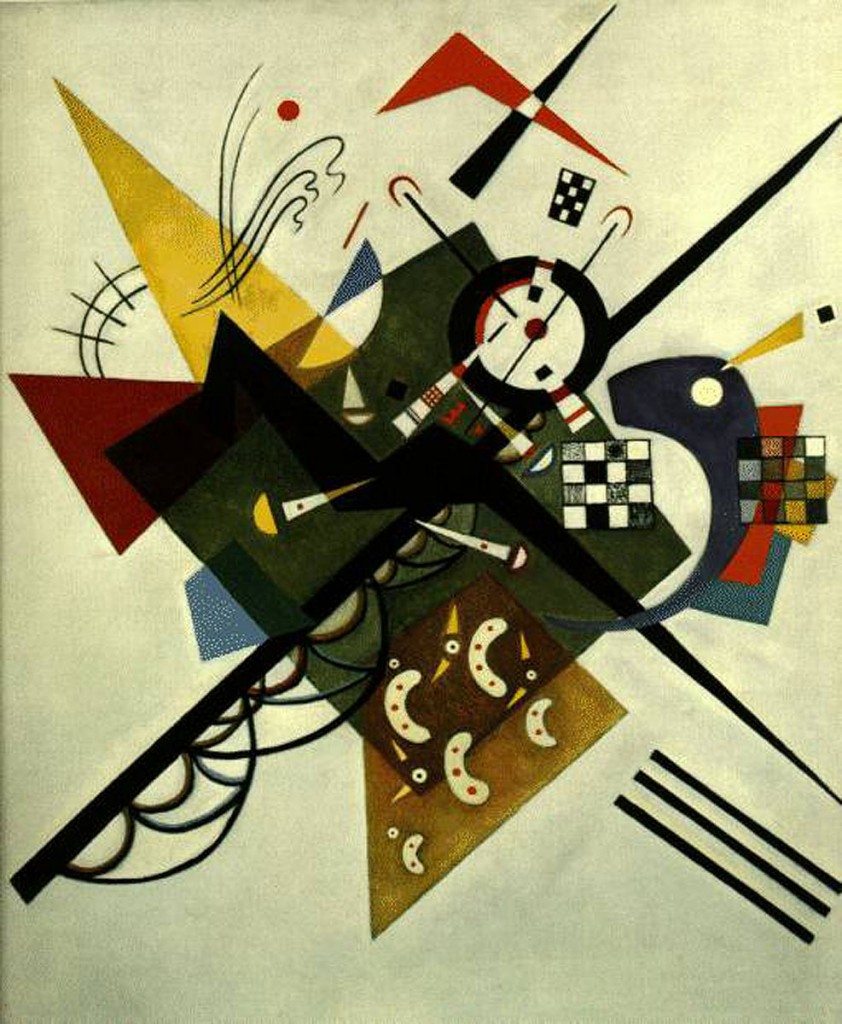 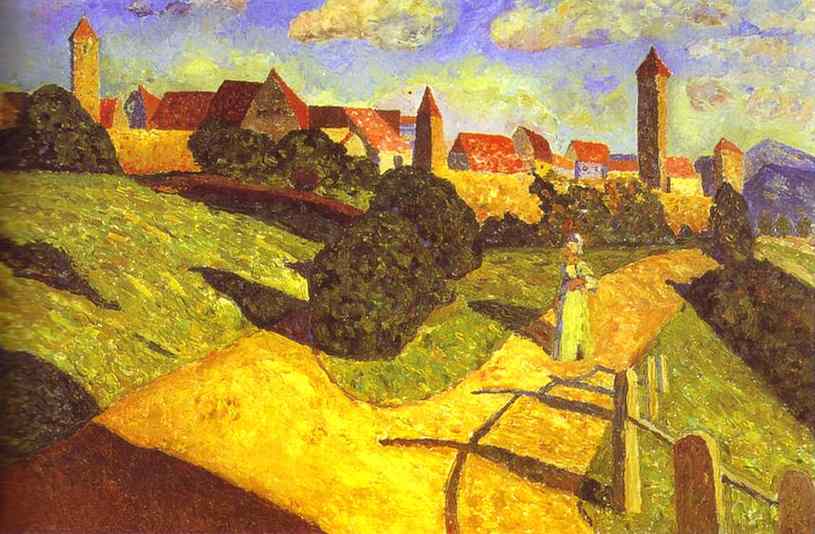 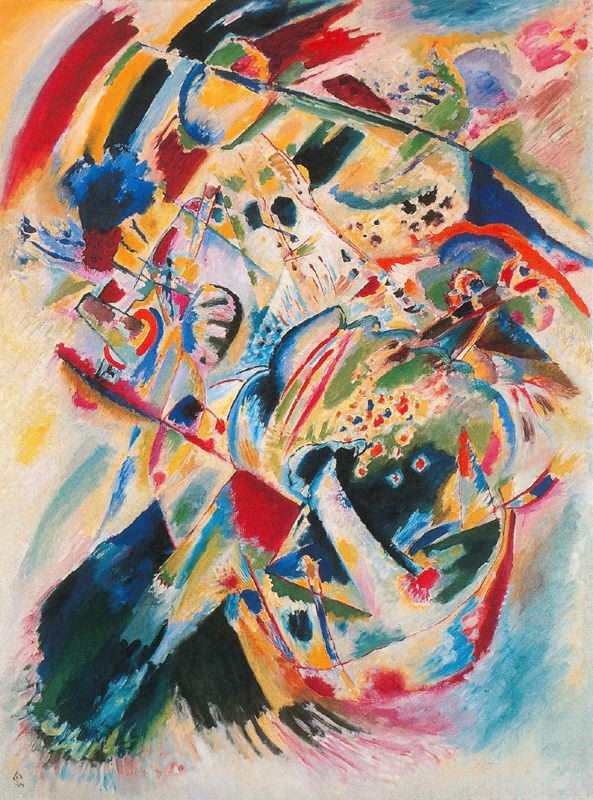 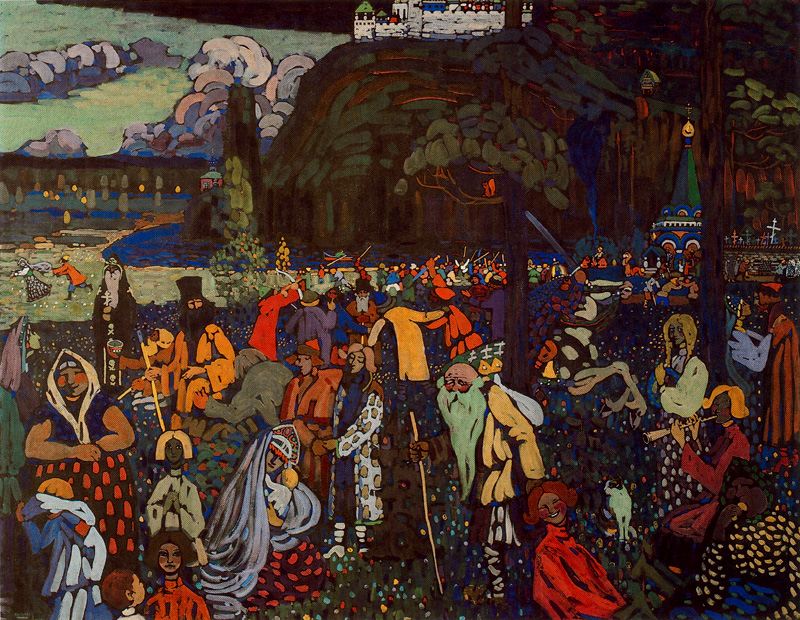 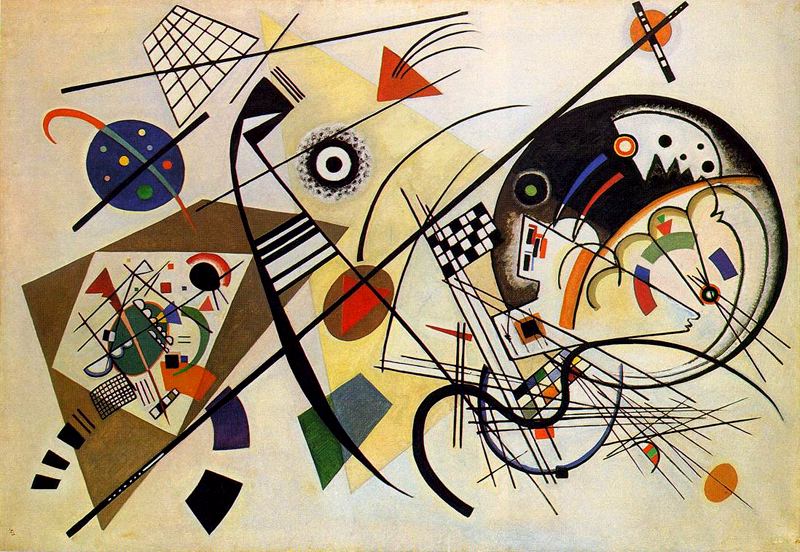 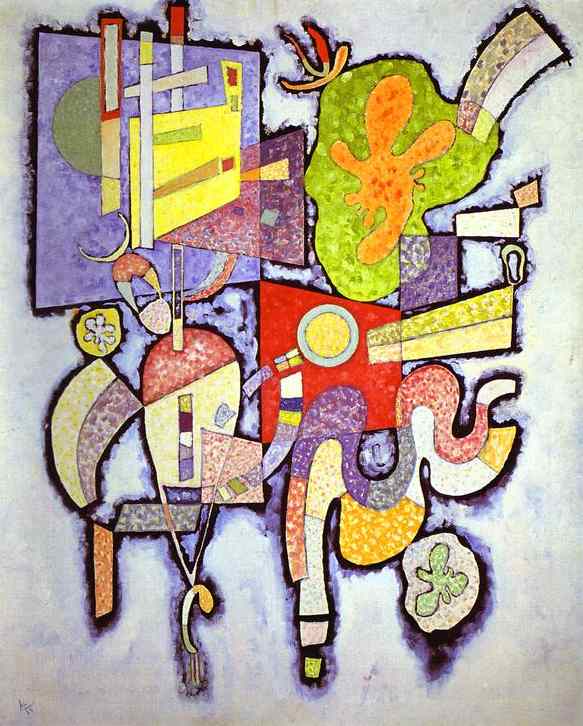 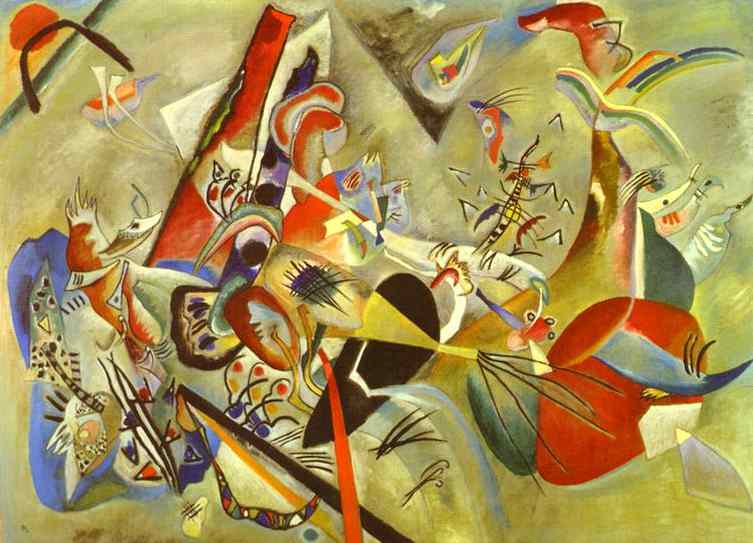 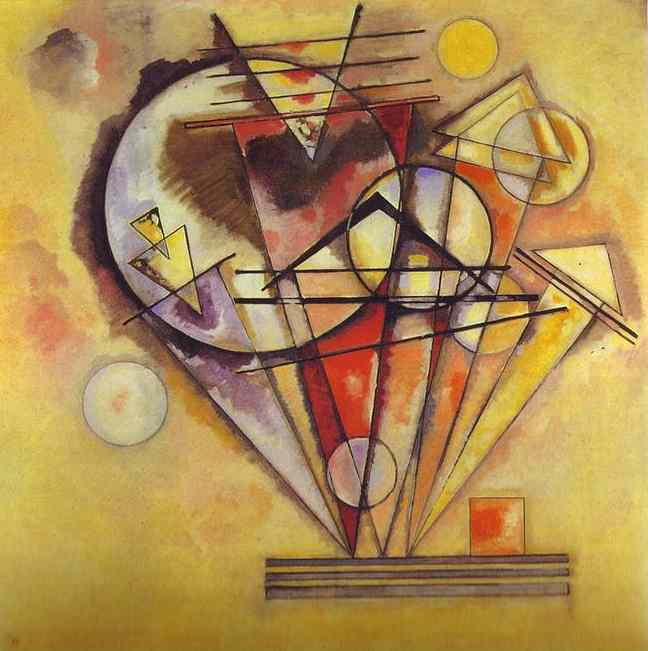 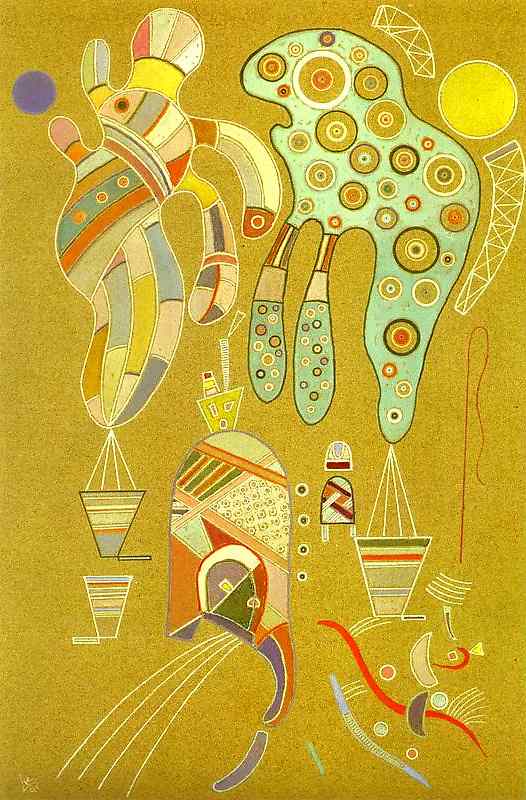 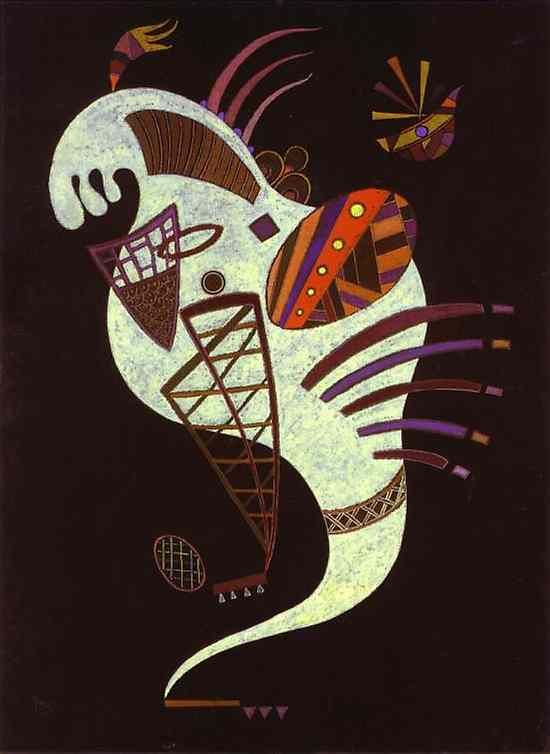