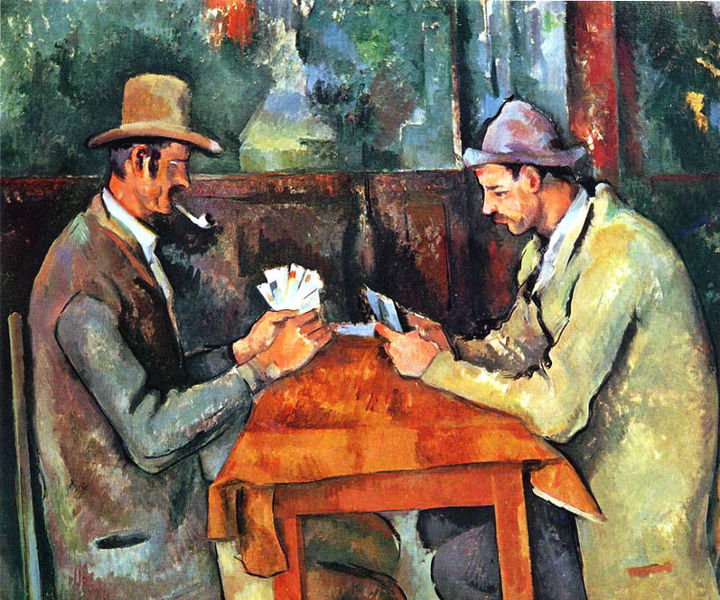 Born on January 19, 1839 in Aix-en-Provence, France, Paul Cézanne is considered by many to be one of the most important painters of the second half of the 19th century. From 1849 – 1852,  he studied at the Ecole Saint-Joseph and from 1852 to 1858 at the Collège Bourbon. In 1857 he attended  the Ecole Municipale de Dessin in Aix-en-Provence, where he studied under Joseph Gibert. In 1859,  to satisfy his father’s wishes, he began to study law at the Université d’Aix. He also attended the Ecole Municipale de Dessin again from 1858 – 1861. In 1861 Cézanne abandoned his law studies and moved to Paris to pursue his career as a painter.

In 1862 Cézanne met Claude Monet and Pierre-Auguste Renoir with whom he formed lasting friendships. In 1863, his paintings were shown in the Salon des Refusés, which exhibited works rejected by the Paris Salon.  The Salon rejected all of Cézanne’s submissions between 1864 to 1869.

With the onset of the Franco-Prussian War in 1870, Cézanne returned to Aix-en-Provence and then L’Estaque, where he continued painting. In the 1870’s he was influenced by Impressionism, particularly the work of Camille Pissarro.   Like the Impressionists, Cézanne considered the study of nature essential to painting, however, he opposed many aspects of the Impressionist aesthetic. “Believing colour and form to be inseparable, he tried to emphasize structure and solidity in his work, features he thought neglected by Impressionism. For this reason he was a central figure in Post-impressionism.” In 1874, he participated in the first Impressionist Exhibition, as well as the third in 1877.

In 1882 the Salon accepted his work for the first and only time. Beginning in 1883 Cézanne lived in the South of France, returning to Paris occasionally.  Cézanne’s first solo show was held at Ambroise Vollard’s gallery in Paris in 1895. Following that exhibition,  his recognition increased, and in 1899 he participated in the Salon des Indépendants in Paris. In 1900 he participated in the Centennial Exhibition in Paris and, in 1903, the Berlin and Vienna Secessions. In 1904 he exhibited at the Salon d’Automne, Paris and had a solo exhibition at the Galerie Cassirer in Berlin.

Between 1883 and 1895, Cézanne’s paintings accented mass and structure, and his composition therefore became more architectural. His move away from Impressionism stemmed from his belief that a painter must interpret as well as record the scene before him. His brushstrokes became broader and thicker, and the use of a palette knife was sometimes evident.

In the final years of Cézanne’s life,  many of his landscapes “emphasized the rough appearance of sites, mixing wild vegetation with rocks in unusual, asymmetric framing. His composition became less serene and his colour more violent.” In several works, parts of the canvas were left bare and were painted with highly diluted oils. His fascination with nature continued but “the objective sought is no longer to describe reality but to express a spiritual concept”.

Cézanne rarely dated and often did not sign his paintings making it difficult to determine the chronology of his works with any precision.  In his last years his work began to influence many younger artists, including the Fauvists and the Cubists. His influence reached well into the 20th century as well.

Paul Cézanne died of pneumonia on October 22, 1906. He was buried in his hometown of Aix-en-Provence.

For a more detailed biography of Cézanne, visit the MoMA website. 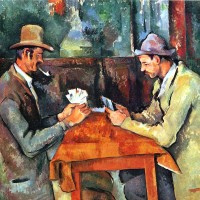 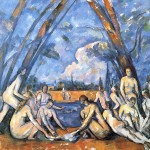 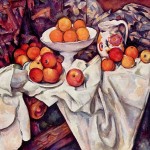 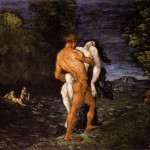