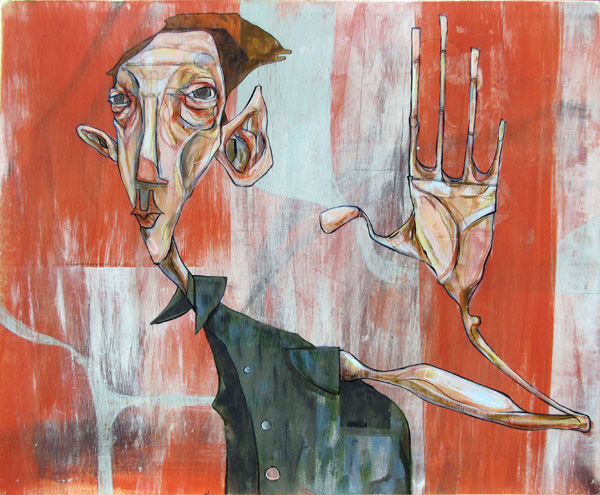 Joey  Monsoon is a self-taught artist from Columbus, Ohio. He was raised in the suburbs by a single-father, with the help of comic books and cable television. His work depicts the folk heroes of a personal mythology. He is influenced by the work of Egon Schiele, Barry McGee, Futura, Doze Green, Joseph Campbell and Mike Tyson.   He loves his wife, his dogs, the music of Clutch and the ghost of Bill Hicks. (from Lift Gallery) 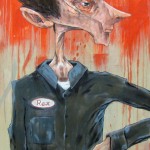 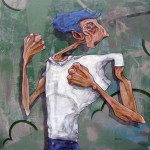 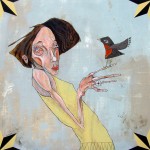