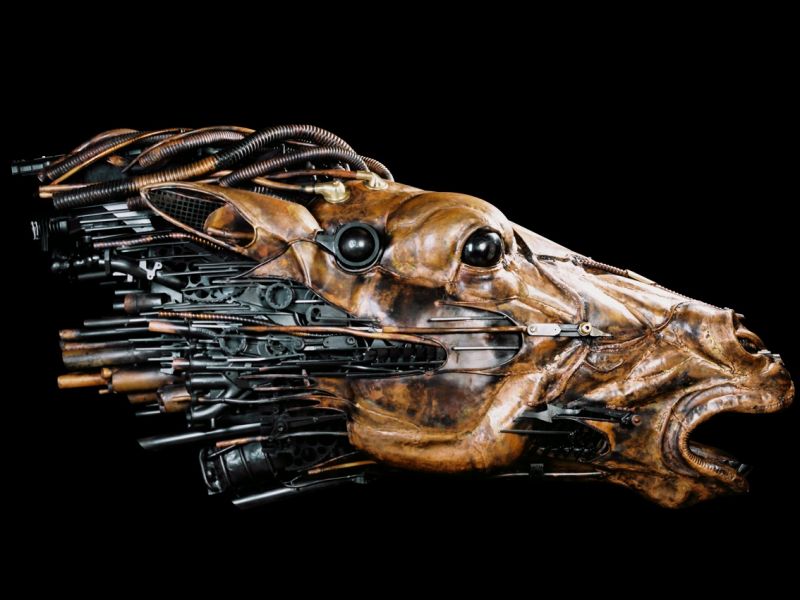 French sculptor Pierre Matter was born in 1964.  “A mystical child, then a tormented teenager, he studied mathematics half-heartedly. It was only logical that he headed naturally, though initially in an erratic manner, for the mysterious universe of artistic creation. His slow progression in this field led him to try out many kinds of expression and material, from oil to gouache to ink, from comic strips to canvas, and also bas-relief in stone.”

To create his sculptures, Matter diverts many industrial objects from their initial use, from car spare parts to electronic components, salvage scrap metal and sluice gates. “… in so far as I create my works out of derelict objects because they have become useless or ineffectual, scrap metal which will live a new life in my sculptures, will survive to deterioration and become the privileged witness of a materialistic time of accelerated wasting.   I am strongly influenced by the “anticipation” and “prospective” spheres, from Giger to Jodorowsky, and Jules Verne. Materialism is cracking all over, we are changing world, the present and the future are merging more and more, everything is becoming fluid and our landmarks are getting blurred.”

Matter’s work depicts how technology has invaded every part of our existence. “The blending of man with machine (cyborg, cyber organisms) seems already taken for granted. Until now, we have managed to evolve at the same rate as technological innovation: the rhythm of the 19th and 20th centuries was slow enough to allow man time to adapt. However, in the last few decades the acceleration of discovery became  exponential. Biomechanic, biotechnology,  hybridation, clone, roboters are  now banal and common concepts. Along with the advent of computers, networks and interconnection, it  has become very noticeable, and to such an extent that we feel more and more often out of our depth. My artistic work fits into this disruptive era, when all the limits are constantly being called into question by technology and science. It’s a modest attempt to apprehend by means of concrete shapes the effects of the uncontrolled acceleration of change on our lives and our planet.”

Matter is represented around the world by Opera Gallery.  To see more of these fascinating works, visit PierreMatter.fr. 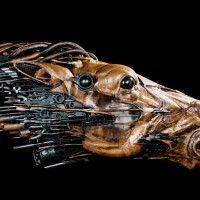 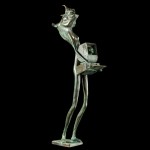 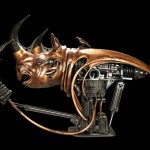 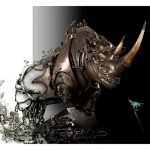 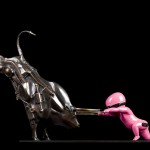 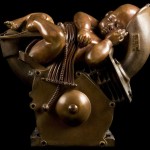 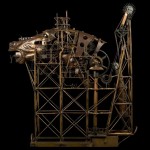 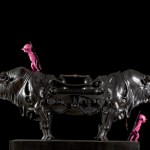 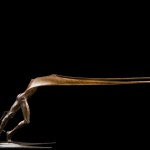 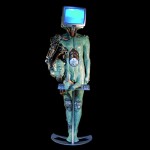 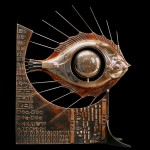 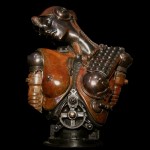