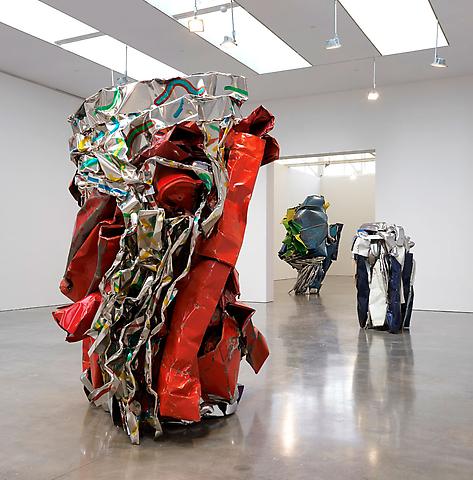 Chamberlain is best known for his distinctive metal sculptures constructed from discarded automobile-body parts and other modern industrial detritus, which he began making in the late 1950s. His singular method of putting these elements together led to his inclusion in the paradigmatic exhibition “The Art of Assemblage,” at the Museum of Modern Art in 1961, where his work was shown alongside modern masters such as Marcel Duchamp and Pablo Picasso.

Visibly emphasizing the original seams as well as the physical trace of his sculptural manipulations, he emphatically constructs assemblages that unite seemingly disparate mechanical elements. Crumpling, crushing, bending, twisting, painting, and welding the metals to form individual objects, which may be further sprayed, he combines them into aggregations, often on a monumental scale. The new works are made of metal taken from mid-century American and European cars. (from Gagosian Gallery)

For more information, visit the gallery links above and DAF’s previous feature here. 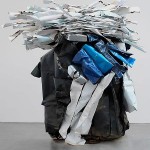 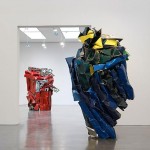 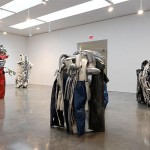 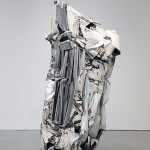 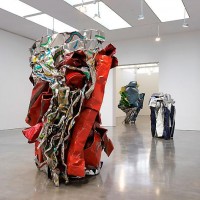 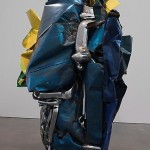 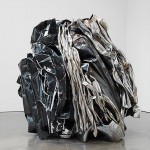 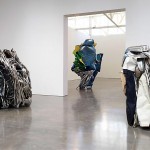 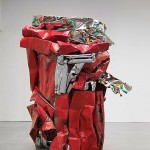