This was just too cool not to share! It’s a pen that can draw in the air! 3Doodler is the 3D printing pen you can hold in your hand. Lift your imagination off the page! Discovered via Colossal.

Another interesting video from PBS Off Book.

“Though often overlooked, Graphic Design surrounds us: it is the signs we read, the products we buy, and the rooms we inhabit. Graphic designers find beauty within limitations, working towards the ultimate goal of visually communicating a message, be it the packaging of a product, the spirit of a book, or the narrative of a building. Utilizing a language of type and imagery, graphic designers try to make every aspect of our lives defined and beautiful.”

Animation has been captivating audiences for more than a hundred years. From classic forms like hand drawn and stop-motion, to cutting-edge techniques like motion graphics and CGI, animation has a long history of creating style and poetry unachievable through live action filmmaking. It is a tool for educating, a place for experimentation and play, and a way of telling personal stories.

Watch The Art of Animation and Motion Graphics on PBS. See more from Off Book.

Color is one of the fundamental elements of our existence, and defines our world in such deep ways that its effects are nearly imperceptible. Whether in the micro-sense with the choice of an article of clothing, or the macro-sense where cultures on the whole embrace color trends at the scale of decades, color is a signifier of our motives and deepest feelings.

Watch The Effect of Color | OFF BOOK on PBS. See more from Off Book.

From PBS Off Book: LEGO blocks are one of the most beloved toys in the world, playing a role in many a person’s childhood. But for some creators, LEGO has evolved from toy to art form. 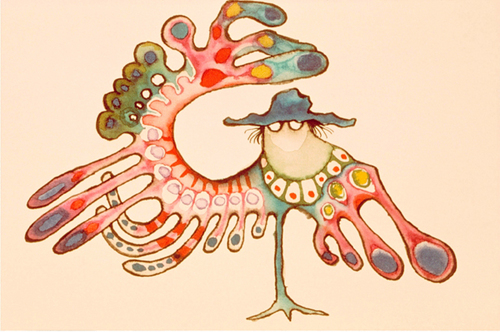 Born in Montreal, Canada in 1943, Ryan Larkin, grew up in Dorval, Quebec and studied with painter Arthur Lismer at the Ecole des beaux-arts de Montreal. The death of his brother in the 1950s affected Larkin, and he began drinking heavily in his teens.

Larkin began working at the National Film Board in 1961 where he was tutored by master animator Norman McLaren. Using new film techniques, he created the short “Syrinx” in 1965. In 1968 Larkin received an Academy Award nomination for his animated short “Walking”. In 1972 he created “Street Musique“ which was considered a masterpiece of animated movement.  Larkin won dozens of awards during his 14 years with the film board.

In 1977, Larkin suffered from a combination of creative block and alcohol and cocaine addiction.  He eventually left the NFB and began living on the streets of Montreal and panhandling. “I had difficulty handling my ego when I was famous. I’ve made a fool of myself.” Larkin once told an interviewer. “It was a psychological problem I had to deal with, and my first choice was to use drugs. “I had sexual proclivities, too – I was doing coke and getting hard-ons instead of what I should have been doing, which was making interesting, comical, beautiful animation films.”

Larkin was brought back into the spotlight as the subject of the film “Ryan“, a digitally animated tribute by  Chris Landreth that won the Academy Award for best animated short in 2005.  The film rejuvenated his career and he returned to animation by creating three short animated bumpers for MTV in December 2006.

Larkin died on February 14, 2007 of lung cancer in St. Hyacinthe, Quebec.  At the time of his death, he had been working on  “Spare Change”, a film about his experiences on the streets of Montreal. 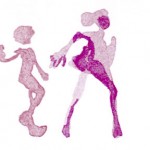 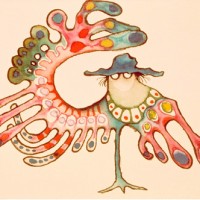 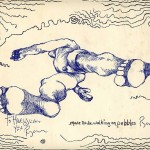 Artist Phil Hansen uses unique media (his torso, x-rays, a tricycle…) to create his version of meta-art, videos that document the creation process – showing that art is action, not just result. Phil is a finalist to give a full TED talk at the TED Conference 2013, so if you like this, please rate it on TED Talent Search.

You can also check out Phil at PhilInTheWhat.com and PhilInTheCircle.com.

When Tracy Chevalier looks at paintings, she imagines the stories behind them: How did the painter meet his model? What would explain that look in her eye? Why is that man … blushing? She shares three stories inspired by portraits, including the one that led to her best-selling novel “Girl With a Pearl Earring.”

Artist Neil Harbisson was born completely color blind, but these days a device attached to his head turns color into audible frequencies. Instead of seeing a world in grayscale, Harbisson can hear a symphony of color — and yes, even listen to faces and paintings.

Neil Harbisson’s “eyeborg” allows him to hear colors, even those beyond the range of sight.